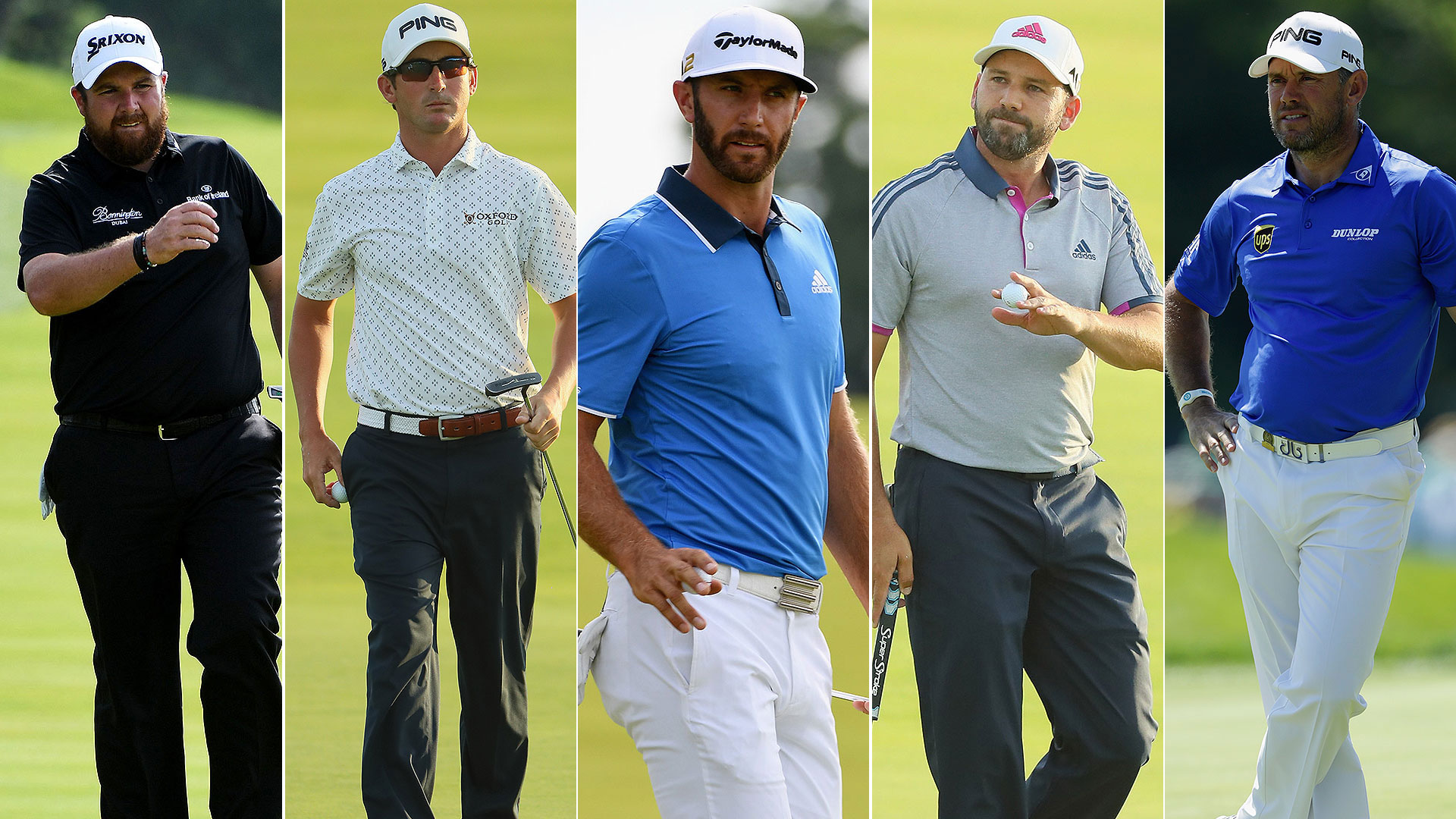 OAKMONT, Pa. – The “City of Champions” is poised to deliver – again.

This gritty burgh known for producing winning franchises with regularity is hosting its record ninth U.S. Open this week, with each edition producing its own brand of distinct champions from Ben Hogan (1950) to Jack Nicklaus (1962).

If Shane Lowry, an Irishman who lied about his age when he was 9 years old in order to join a nine-hole course where he fell for the game, and Andrew Landry, a 28-year-old journeyman via Texas and a collection of lesser tours, don’t exactly fit in with that lineage, give it time.

After three hectic days thrown off schedule by thunderstorms that raked the course on Thursday, the 116th U.S. Open is nearly back on schedule, with 25 players failing to complete their third rounds when darkness halted play just before 9PM ET on Saturday.

Among those who will return early on Sunday to complete the third lap is Lowry, your leader through 14 holes, and Landry, who is poised one stroke back after playing a baker’s dozen on Saturday.

As difficult as this week’s delays have been, Lowry, for one, was more than happy to call it a day despite a 3-under round that featured two bogeys.

“If I had to play another four holes, it would have been quite difficult,” Lowry smiled. “The greens are a little bit bumpy the last couple of holes. And now some fresh greens in the morning and hopefully I can go out and just make a few pars and do what I've been doing all week.”

The teeth haven’t returned to Oakmont, which is widely regarded as the most demanding test in golf, but the brutish layout certainly got a bit of its bite back after Thursday’s downpours revealed the softer side of the game’s ultimate enforcer.

Consider that in 2007, the last time the national championship was played at Oakmont, your front-runner (Aaron Baddeley) was 2 over and the course had yielded just six rounds in the 60s.

Through three disconnected days of this edition Oakmont has already given up 41 rounds in the red and Lowry is cruising, at least by comparison, at 5 under.

For this week’s telecast officials put tiny microphones in each hole, ostensibly to pick up the pleas for relief from star-crossed stars; yet with a few notable exceptions (a list that includes missed cuts for Rory McIlroy, Rickie Fowler and Phil Mickelson) the soundtrack has largely been one of cautious optimism fueled by a course that has widely been described as “gettable.”

World No. 1 Jason Day rolled off four birdies in the first five holes of Round 3 for a front-nine 31 and added an eagle at the par-5 fourth hole to move to 1 over par; and defending champion Jordan Spieth quickly got to 3 under for his round and within five shots of the lead before hitting a wall with a double-bogey 6 at No. 2.

The game’s top players will need an ugly Oakmont for the final day if they are going to catch Lowry and Landry.

“I just want it to play hard and fast and I think the harder the better, like a normal U.S. Open Sunday should be,” said Day, who completed his round of 66 and was tied for eighth. “I think it would be fun for everyone. Even though it is hard and stressful, I just enjoy those times.”

The more likely challenge will come from a trio of major championship bridesmaids who all loom at 2 under, three shots off Lowry’s pace.

Lee Westwood, Sergio Garcia and Dustin Johnson all had holes to complete when the horn blew announcing yet another suspension of play, but then Johnson certainly needed a break in the action.

It took just a single hole before Johnson, who led by one stroke entering the third round, began to feel the heat on Saturday afternoon. After an opening birdie, DJ pulled his tee shot off a fan’s head and into a concession stand, roped his approach into the lip of a greenside bunker and deftly chipped to inches for par.

The arms of a lumberjack, the hands of a heart surgeon. But then Oakmont gives, and Oakmont takes away.

At his next hole Johnson found the left rough with his drive and needed two more attempts to scale the hill in front of the green. Double bogey.

The perennially snake-bitten Johnson added two more bogeys before his day was done, but in his uniquely no-nonsense style seemed at ease with his plight and his play.

“It was OK,” he said. “I felt like I hit a lot of good putts that didn't go in the hole, just burning the edges. A few lip-outs. But it's this golf course. It's tough to make putts on it. I'm still feeling good about where I am.”

“The way I played today, I could have blown myself out of the championship,” Westwood said. “It was good to grind it out, be under par, be in the red, and have a chance at the weekend.”

Oakmont has a tendency to produce a distinct shade of champions – from the former caddie Angel Cabrera to the Vietnam veteran Larry Nelson, the unique test demands as much grit as it does game.

And once again the Steel City has set the stage for another blue-collar bout.