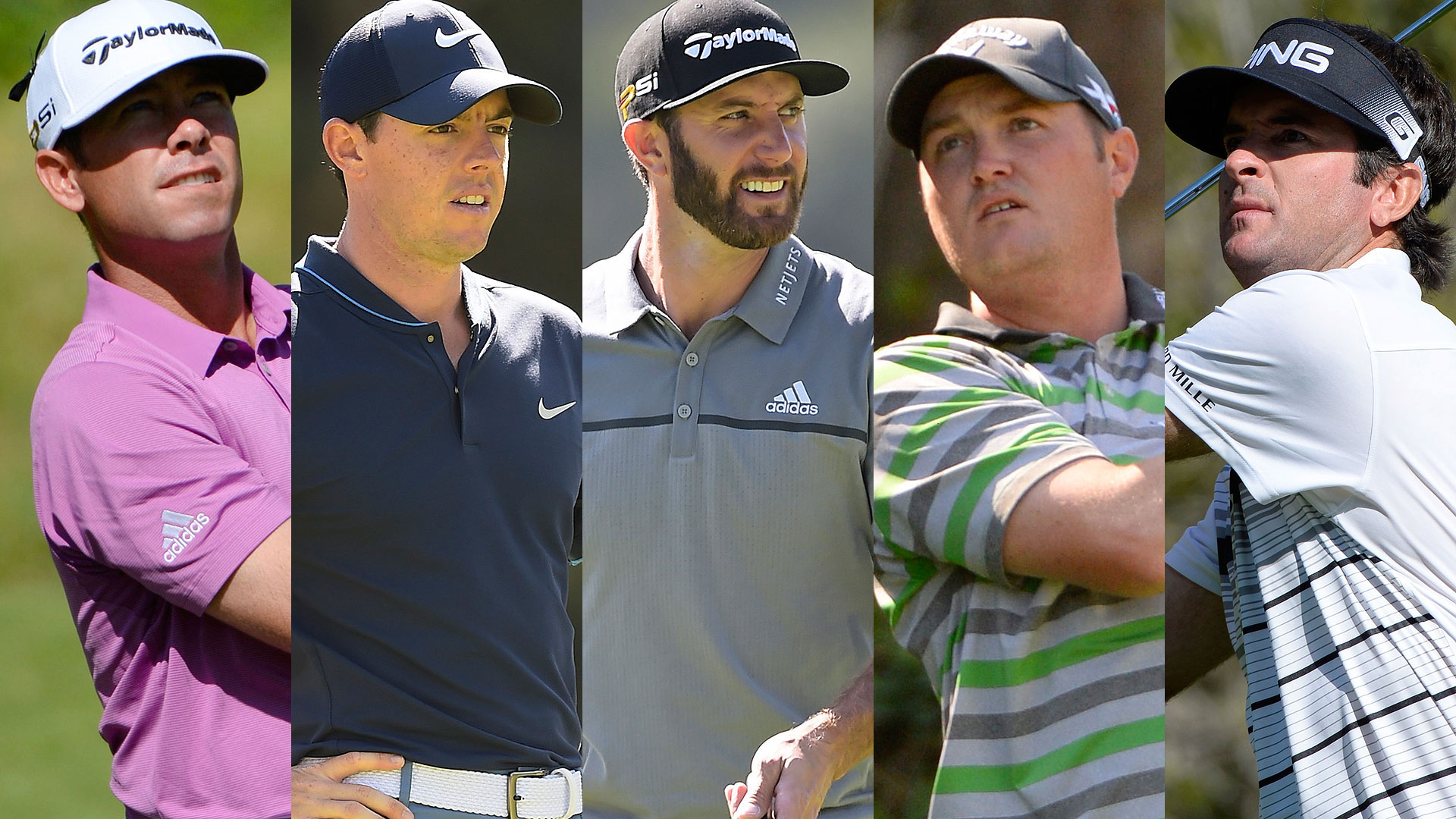 LOS ANGELES – Bubba Watson, Jason Kokrak and Chez Reavie – which one of these players doesn’t belong?

If that sounds like the beginning of a bad joke, it’s actually a testament to Riviera Country Club’s brilliance, if not the standard of play at this week’s Northern Trust Open.

If there’s no greater compliment for a golf course than an eclectic leaderboard, consider this week’s collection of contenders an unabashed endorsement of one of the PGA Tour’s most endearing layouts.

Watson, Kokrak and Reavie – Nos. 4, 9 and 116 on the PGA Tour this season in driving distance, respectively – will set out in Sunday’s final three-ball in what amounts to a mandate for more inclusiveness at the game’s highest levels.

“My advantage is that I can hit more fairways and plot my way around,” said Reavie, who led by as many as three strokes before slipping back late on Saturday. “They have a lot more firepower, so obviously I'm hitting 3-iron into [No.] 15 and Dustin [Johnson] is probably hitting like an 8-iron or something like that.”

For one rare week, however, the playing field is, if not even, then at least tilted ever so slightly in the plodders’ direction.

It’s the brilliance of Riviera that it defies definition. Is it a bomber’s layout? A ball-striker’s ballpark?

Label-averse Watson didn’t particularly care for either characterization, figuring, “It's just a traditional old school golf course that's got a lot of history.”

It’s why, at 56 years old, Fred Couples plays the Northern Trust Open, and Justin Leonard counts this among the half dozen Tour stops he considers “must play.”

“I just love the golf course,” explained Leonard, who is tied for 14th place and is 206th in driving distance. “And it doesn't necessarily suit my game. When it's firm like this, my chances are better.”

The mitigating magic that makes Riviera so unique was on display midway through Saturday’s round when Johnson, No. 6 on Tour in driving distance this season, had to scramble for par at the 10th hole.

DJ’s par brought his score on the drivable par 4 to even par this week; while Reavie, who averages 23 yards less off the tee this season than Johnson, is 2 under at the 10th through three rounds after rolling in an eagle putt from just off the front of the green.

That the 10th played just 289 yards in Round 3 just reinforces the notion that distance may be king but royalty can also be found in more measured forms.

Reavie’s 20-foot eagle putt at the 10th hole, combined with a bogey for Johnson at the 11th, gave the diminutive veteran - he’s listed at 5-foot-9 in the Tour media guide but that seems ambitious - a three-stroke advantage.

Bogeys at Nos. 14 and 15 cost Reavie his advantage, but his play around the greens (he’s 14 for 19 in scrambling attempts this week) gave him confidence he could overcome those late miscues just as he’s overcome his relative distance deficit to his fellow contenders.

“So I have to play good golf, absolutely. But I've got to play good golf anywhere I'm at, too,” said Reavie, who finished with a 69 on Saturday and is one shot behind Watson. “It's a ball-striker's golf course, so even though you have shorter irons in, you still have to hit them in the right spot.”

It’s a lesson Rory McIlroy is learning this week. The world No. 3 has largely plodded his way around Riviera, where he is making his first start, and has quickly come to appreciate the design elements that make it so unique on Tour.

Maybe an even better example of Riviera’s refusal to be typecast as either a bomber’s course or a ball-striker’s layout can be found in Sunday’s penultimate group that includes Johnson, Kevin Chappell and K.J. Choi, Nos. 6, 41 and 197, respectively, in driving distance this year.

The title may end up going to one of the game’s hard-swinging set – with Watson, who won the Northern Trust Open two years ago, the easy favorite – but the best part about Riviera is it’s not a foregone conclusion.