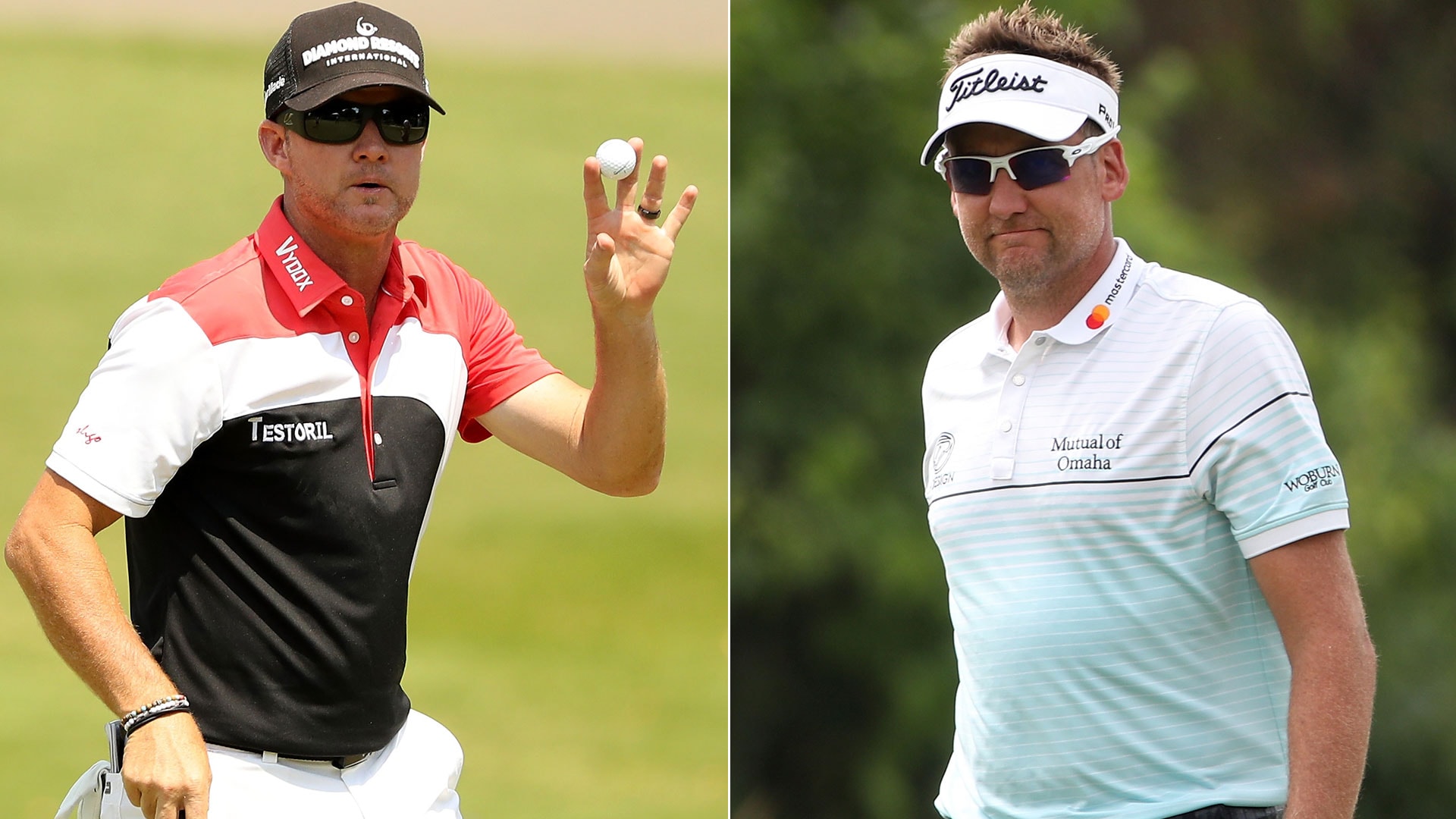 WILMINGTON, N.C. – This is a tale of dogged persistence, but then that’s been the underlying story of Brian Gay’s career.

At 45 years old, Gay was probably born a generation too late, not that he’s ever let that limit what he’s been able to achieve. At 5-foot-10, 165 pounds, he’s ranked outside the top 170 in driving distance on the PGA Tour in each of the last six years and is the ultimate outlier in a game that rewards power over everything else.

Since joining the Tour in 1999, he’s failed to keep his card just three times, has won four events and ranks 71st in career earnings. But this story is about simple math and an active mind. Oh, and 28 FedEx Cup points.

To put that in context, 28 FedEx Cup points would be the haul for a 30th-place finish this week at the Wells Fargo Championship, but for Gay – and to a greater extent Ian Poulter – it was a game changer.

After missing the entire 2015 season with an injury, Gay began the 2016-17 calendar playing on a major medical exemption, which essentially meant he had 14 starts to earn 309 FedEx Cup points or $461,851.

After a turbulent three years, Gay closed with a 70 two weeks ago at the Valero Texas Open to finally climb out of that administrative no-man’s land, earning more than $200,000 to secure his full status. But if reclaiming his card took moxie, what followed may have been even more impressive.

“I knew I made my money in San Antonio, well over the money I needed to stay exempt, but I didn’t really know the points because it’s just easier to keep up with the money,” Gay said on Thursday at Eagle Point Golf Club where he opened with a 2-under 70.

The problem was beginning this year the Tour changed the qualification process to finally rid the circuit of money exemptions, so when officials say it’s not about the money it really isn’t about the money.

After years of swimming up the historical stream, the circuit nixed the exemption for players who finish inside the top 125 in earnings but not FedEx Cup points. Along with that change, however, the number crunchers came up with an adjusted formula for regular-season points distribution that more closely mirrored how the purses are doled out.

So the day after Gay finished tied for sixth at the Texas Open, his second consecutive top-10 finish, he received an email from the Tour informing him he’d earned enough money to secure his status for the rest of the year, but he was still shy on the points list which meant he wouldn’t get a start at next week’s Players Championship.

Some probably would have been fine with that outcome. Not Gay.

“The email said I needed 28 points to get into The Players and I kind of thought I was in The Players,” he said.

Although Gay is a University of Florida graduate, like the vast majority of Tour players he’s not exactly an expert when it comes to the complicated world of FedEx Cup points, so he broke out pen and paper and started doing the math.

“I started adding up the money, and I didn’t have enough points but it was a huge discrepancy,” he said. “I knew they had changed the point distribution, but I didn’t know what the difference was.”

Under the new system, middle-of-the-pack finishes aren’t worth as many points as they had been. For example, under the old system a 50th-place finish was worth 20 more points than if you finished 70th. Now, the difference between 50th and 70th is 5 1/2 points. But given that Gay’s exemption was from the 2015 season, he was curious why the old points distribution model wasn’t used.

“I didn’t know he was that smart,” joked Gay’s wife, Kimberly.

Gay called Andy Pazder, the Tour’s chief of operations, who after consulting with the four player directors on the policy board and commissioner Jay Monahan decided that those playing out of the medical category should be allowed to play under the old rules.

“It just leapt off the page,” Pazder said. “He still performed at the same level and it was something the Tour did that changed the outcome. We moved the goal line on him.”

The change secured Gay a spot at next week’s event, but the revelation had an even more far-reaching impact.

“For me it was just about getting in The Players, but for Ian [Poulter] I went, he just got his card back,” Gay recalled.

Poulter was also playing out of the major medical category and after 11 starts this season he had thought he’d come up short of regaining his status. That was until Gay dove into the mathematical weeds.

“He had no idea,” Gay said. “I texted him and we spoke Friday. I sent him a text and said, ‘You’re welcome.’ And I asked, ‘How happy are you right now?’ He said, 'I friggin’ love you' with red hearts and everything.”

For Gay, the goal was earning a spot in next week’s event at TPC Sawgrass, which he has missed the last two years as he’s recovered from injury; but for Poulter, it was Christmas in May, a dramatic change of fortune that literally lifted the Englishman from competitive limbo to occupational security.

The entire episode led to an interesting exchange on Twitter that began when Kimberly Gay tweeted: “Let's have a vote! Should [Poulter] give [Gay] a bottle of wine or a Ferrari or NetJets? #theserjokes #sorta”

Poulter responded: “I will see you both at TPC and will deliver something very nice. Thanks for uncovering the oversight. Wow”

Given Gay’s newfound affinity for number crunching, we might suggest a new calculator.