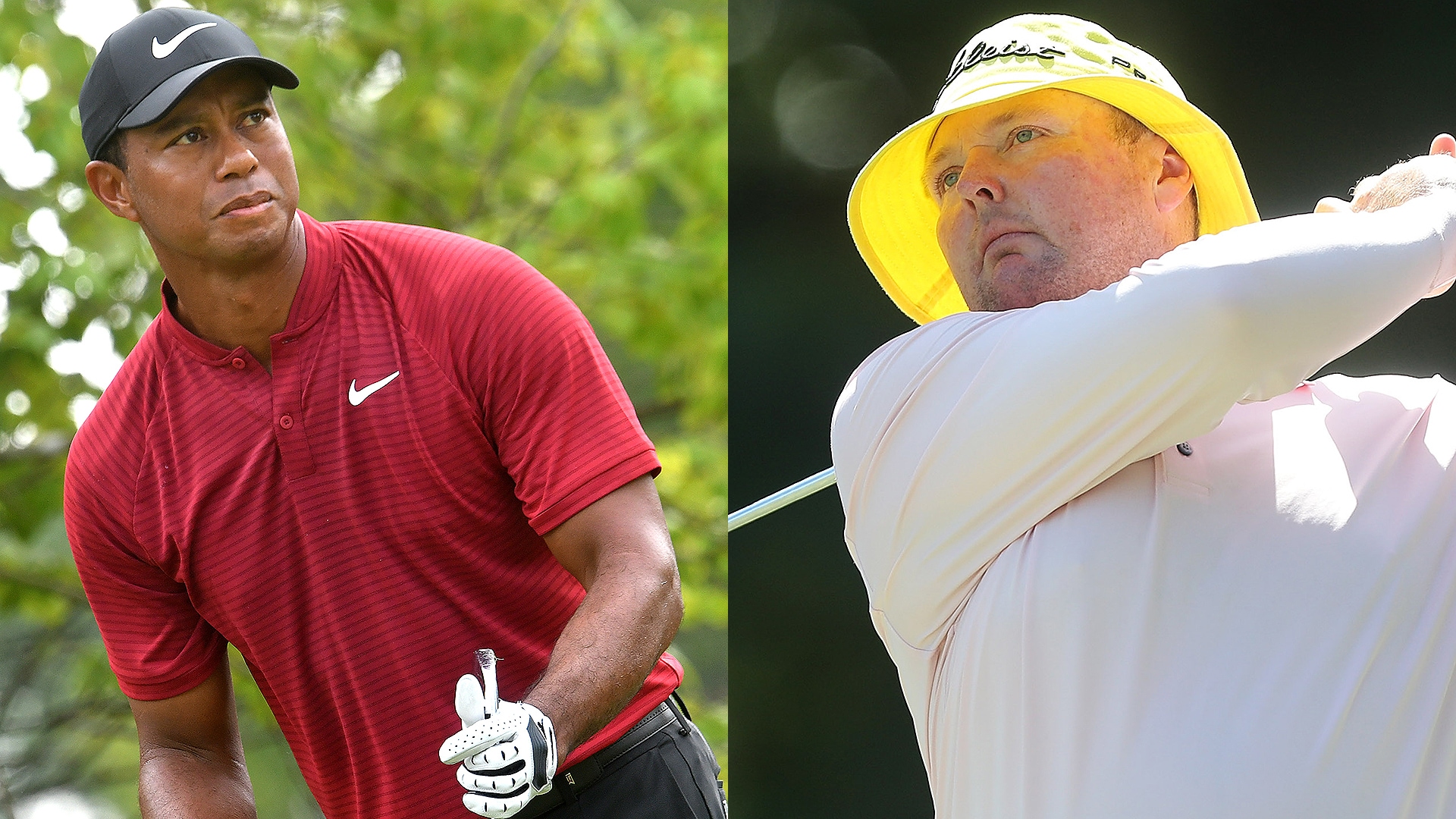 In a regular-season finale edition, we celebrate how far Tiger Woods has come this season, mourn the loss of one of the game’s truly special people and crunch the numbers on Sergio Garcia’s 11th-hour sprint to the playoffs.

Perspective. Tiger Woods’ runner-up finish at the PGA Championship was another reason to appreciate the 14-time major winner’s comeback, and to marvel at how far he’s come in a relatively short period of time.

“I didn't know what my schedule would be. I didn't know how many tournaments I would play this year or if I would even play. So each tournament brought about its own challenges,” Woods reminded us following his closing 64 at Bellerive.

Although Woods has repeatedly talked about those dark and painful days before fusion surgery on his lower back, a recent interview with Nick Faldo on the Dan Patrick Show revealed just how bad things were.

“I know [Woods] whispered to another Masters champion, two Masters dinners ago [2017], 'I'm done. I won't play golf again,’” Faldo said. “He said, 'I'm done. I'm done, my back is done.' He was in agony. He was in pain. His leg, the pain down his legs, there was nothing enjoyable. He couldn't move. If you watched footage of him, he couldn't even get in and out of the golf cart at the [2016] Ryder Cup when he was a vice captain.”

Woods’ improved play in recent months has slowly glossed over just how bad things were, not to mention how far he’s come.

RIP Jarrod Lyle. The PGA Tour community continues to mourn the loss of Lyle, who died last week at home in Australia following his third bout with acute myeloid leukemia.

A GoFundMe page created by Golf Channel’s Tripp Isenhour quickly met its goal of raising $200,000 for Lyle’s family, and tournament officials at this week’s Wyndham Championship placed Lyle’s staff bag, along with his signature bright-yellow bucket hat, on the first tee.

Officials at Sedgefield Country Club also created a sand castle memorial for Lyle, who played the Wyndham Championship four times in his career.

“It was hard not to think of Jarrod, certainly,” Adam Scott said on Sunday at the PGA. “The people who knew him quite well that were playing this week, golf was a little distraction, but probably now, as we get some time off and get to go home and be with our family, that we will be able to celebrate him a little bit more.”

Bon voyage Bellerive. Major championship golf returned to St. Louis for the first time in two decades last week, and the Midwestern masses celebrated like it had been more than 20 years.

Record crowds swarmed the layout all week and Sunday’s final round was the most raucous day in golf (non-Ryder Cup division) since the 2008 U.S. Open.

Even the golf course, which featured slower-than-normal greens and wet conditions following storms on Tuesday and Friday, received high praise from the rank and file, all of which makes the course’s Grand Slam future so awkward.

The PGA Championship is booked up pretty much through 2029, with one open date, either 2025 or ’26, still available; while the Ryder Cup is scheduled through the 2024 matches at Bethpage, which means the earliest it could be played at Bellerive is 2028.

As much as players and fans celebrated golf’s return to St. Louis, Bellerive’s future place on the Grand Slam dance card has a distinct “don’t call us, we’ll call you” feel to it.

Tweet of the week: @JustinThomas34 (Justin Thomas) “Fans and people in St Louis . . . y’all were unbelievable! Never heard roars like that in my life. That is what I’ve thought and dreamt major championship Sundays were like since I was a kid.”

Bubble this and that. It’s a rite of fall in professional golf, players scrambling at the year’s final regular-season event to qualify for the playoffs or improve their postseason fortunes.

Sergio Garcia is the week’s most high-profile “bubble” player in the Wyndham Championship field, with the Spaniard mired at 131st on the point list. But this is likely less about the postseason – Garcia has skipped the first playoff start the last three years – than it is his need to secure his 15th start of the season, which is required to maintain membership.

A similar scenario occurred a few seasons ago with Henrik Stenson, and as the Tour transitions to a new, condensed schedule next year it’s probably going to happen more often.

With fewer playoff events and a condensed summer schedule, players, particularly those who also play the European Tour, will be faced with some tough choices starting in 2019.

Captain obvious. We can appreciate Jim Furyk’s desire to cling to protocol. He has three weeks to decide who will be his first three captain’s picks for the Ryder Cup, but perhaps he should just come clean.

Following Woods’ runner-up finish at the PGA, which moved him from 20th to 11th on the U.S. point list, Furyk played a particularly aloof card when asked about Tiger’s chances of being a pick.

While Furyk’s reluctance is understandable, anyone with a pulse and an internet connection knows Woods will be a pick. If the captain wants to focus on other things, like the eight automatic qualifiers, simply stop the formalities and make Tiger an early selection.