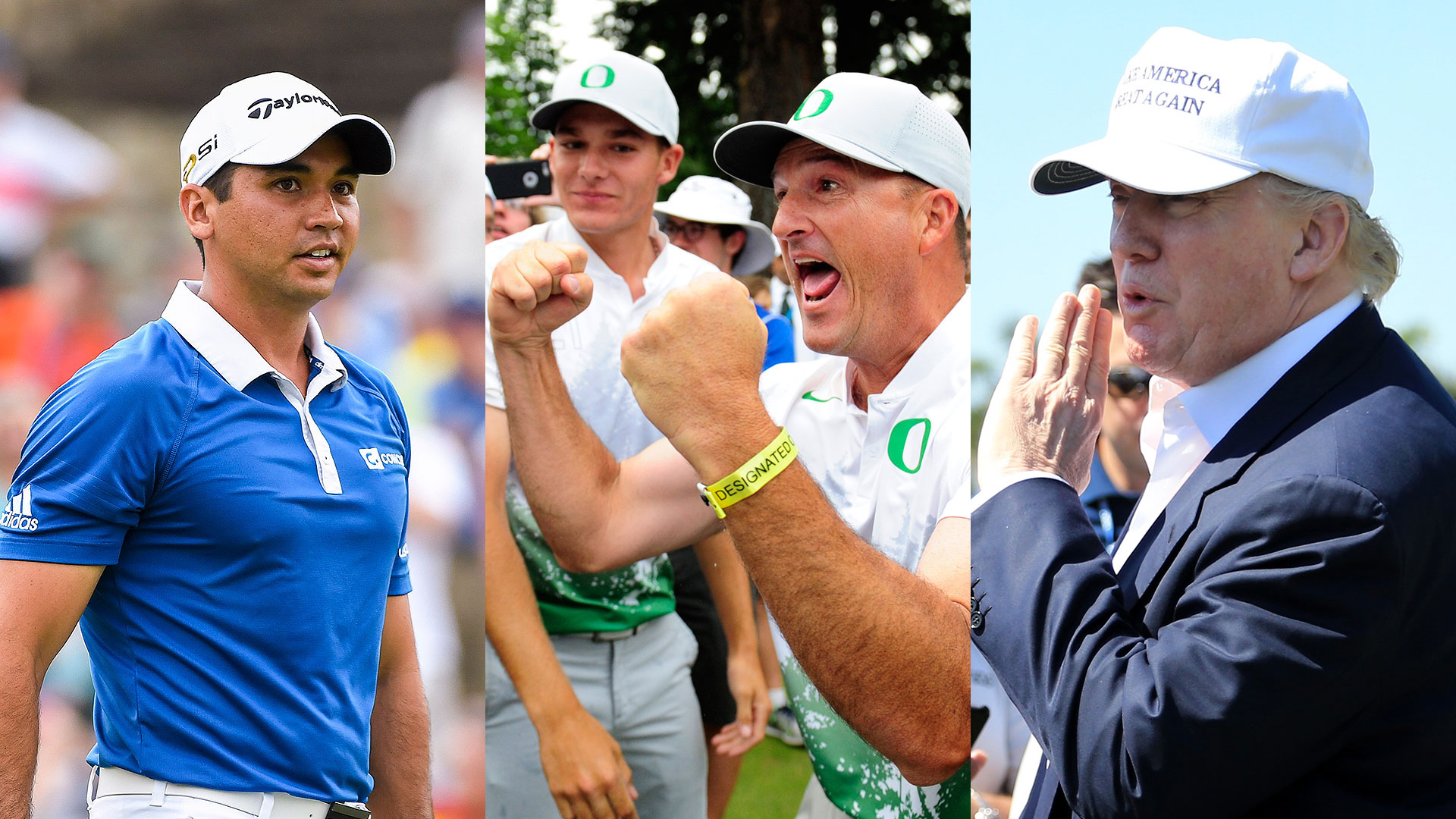 The Big Three reunite this week at the Memorial, a big finish at the NCAA Championship and a big decision to leave Doral could lead to a difficult future for the World Golf Championship and Florida swing.

A true title bout. With the exception of Longhorn nation, few could consider the final outcome of the NCAA Men’s Championship anything less than an instant classic.

Texas, the top-ranked team looking to be the first No. 1 seed to win the title since the event transitioned to match play in 2009, would have been the 800-pound gorilla if not for a game-time decision by Beau Hossler to not play in the final with an injured shoulder.

The drama further escalated when the title came down to the last match, with Oregon’s Sulman Raza rolling in a 6-footer for birdie on the 21st hole to secure the Ducks’ first golf title.

Hossler’s conceded match aside (seriously, for a title this important there has to be an option for replacements), the final was, by definition, a classic.

Big Three-peat. In consecutive weeks at the game’s highest level the best three players proved yet again they deserve their lofty status.

Jason Day cruised to victory at The Players, Rory McIlroy rolled at the Irish Open (arguably the Northern Irishman’s “fifth major”) and Jordan Spieth won the Dean & Deluca Invitational (again, a tournament with increased personal value given its proximity to his Dallas home).

“I heard a couple of weeks ago that it bothered Jordan that I was winning tournaments and have the No. 1 spot in the world, and it should. It should bother guys who are competitive and want to stay on top as well,” Day said this week at the Memorial. “I know I'm pushed that way as well when I see Rory or Jordan on top of the world.”

The era of Tiger Woods was defined by singular dominance and it was certainly historic; but the age of parity – be it among the Big Three or beyond – is proving to be just as entertaining.

“Unfriended.” The golf world got its first glimpse of Ted Bishop’s new book, “Unfriended,” on Callaway Live this week. While the book seems to have no shortage of controversy, by early accounts it is neither a tell-all nor sour grapes.

Bishop, who was removed as president of the PGA of America in 2014 after tweeting insensitive comments, said he hoped the book would offer some insight into many important historical events in golf during his tenure at the PGA.

“For me, it helped bring a little closure to the situation,” Bishop said. “I wanted the book to be positive.”

History will ultimately judge Bishop’s time in office, but having a platform to tell his side of the story is a good start.

Always about money. Funny how it goes when someone says it’s not about the money, it’s always about the money. In the case of the PGA Tour’s split with Donald Trump and Doral, the circuit has told anyone who will listen it’s all about the cash.

“I know everybody's talking about politics, but it's actually not that,” commissioner Tim Finchem said on Wednesday. “It's more Donald Trump is a brand, a big brand, and when you're asking a company to invest millions of dollars in branding a tournament and they're going to share that brand with the host, it's a difficult conversation.”

From that difficult conversation will emerge an even more strained dialogue in the coming months as the Tour explains the World Golf Championship’s transition to Mexico City.

There has been no official announcement regarding the host venue in Mexico City for next year’s WGC and the scheduling will likely be awkward, at best.

Doral has always slid neatly into the Florida swing and even though travel has never been easier, this will not be a painless move for the other Sunshine State tournaments hoping to secure solid fields.

Whether it was money or politics, leaving Doral will not be easy.

Lefty’s legal issues. For the first time since being named a “relief defendant” in a federal lawsuit Phil Mickelson spoke publicly this week.

“I'd like to say that I'm disappointed to have been a part of that whole thing, but after a thorough investigation, I'm pleased that it's behind me, that it's over,” Mickelson said.

The bigger comments, however, came from Finchem when he was asked about Mickelson’s association with noted sports gambler Billy Walters, who is accused in the federal lawsuit of insider trading.

The Tour’s player handbook specifically says a member shall not “associate with or have dealings with persons whose activities, including gambling, might reflect adversely upon the integrity of the game of golf.”

Yet when asked if Mickelson’s association with Walters would prompt any kind of disciplinary action Finchem declined to comment, which is the Tour’s default response to uncomfortable situations. In this case, that silence only makes things more uncomfortable.

Law & Order. Lawsuits are, by nature, rarely friendly situations, but Vijay Singh’s litigation against the Tour has become particularly acrimonious.

Singh’s attorneys filed a request for partial summary judgment in the Fijian’s lawsuit against the Tour over his use of deer-antler spray, which was initially considered a violation of the Tour’s anti-doping policy but later dismissed.

Among the legal issues, Singh has claimed that his treatment was arbitrary and the circuit breached its duty of good faith in administrating the policy.

Part of that claim involves Finchem’s statement to the media that the Tour dropped its case against Singh when the World Anti-Doping Agency adjusted its list of prohibited substances.

Singh’s lawyers, however, say WADA’s view of deer-antler spray had long been established but the Tour failed to keep up with the changes. During his deposition in December 2014 Finchem was asked to explain his public comments.

And here we thought the legal system was supposed to keep things civil.