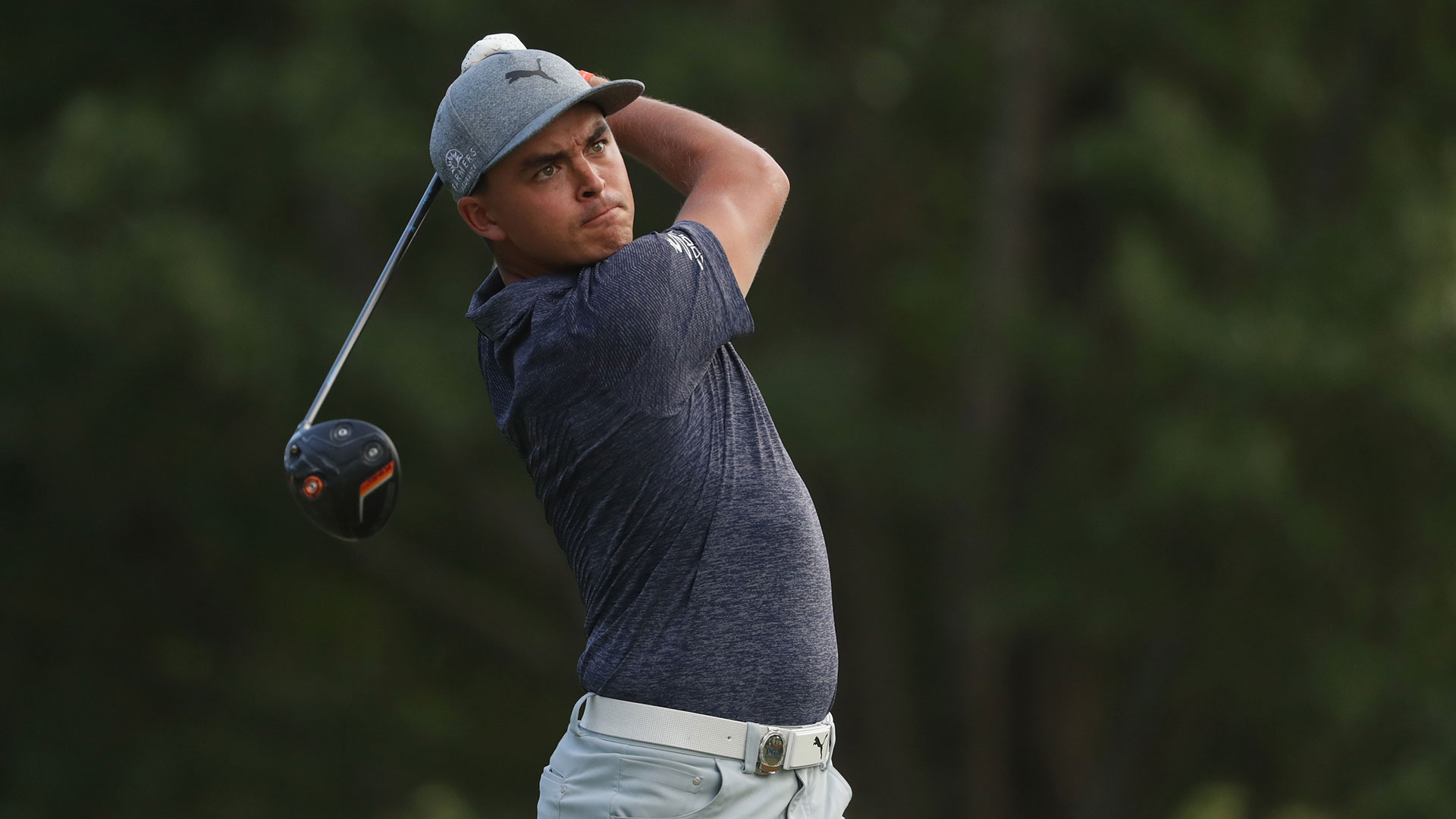 We lead off a Veterans Day edition with a look at golf’s ongoing support of America’s heroes, while judgment day may be closing in on Colonial Country Club.

Fall forward. While Cut Line is a big fan of last week’s time change being something of a dew sweeper, it’s Rickie Fowler’s decision to test the fall waters that deserves a closer look.

Fowler said this week at the OHL Classic at Mayakoba, an event he’s playing for the first time, that he wanted to try something new this fall. Instead of playing the WGC-HSBC Champions in China like most top players, he took five weeks off following the Presidents Cup.

“I wanted to look at this fall and winter as a time to create an off-season,” Fowler said. “Enjoy the relaxation and get some time in the gym to get ready to go in January.”

Most players opt for the no-cut options in Asia to start the season, but there is a cost to be paid for that much travel on the back end of what is already a long year.

Whether Fowler’s decision pays off remains to be seen, but there is something to be said for outside-of-the-box thinking.

Veterans Day. Cut Line always appreciates how much support is generated for American heroes during Veterans Day, and it’s also a chance to value how dedicated golf is to giving back to those who gave so much for the nation.

From the Folds of Honor, an Oklahoma-based charity that has raised nearly $100 million for educational scholarships for the families of fallen or disabled American military members, to Birdies for the Brave, which was created by Phil Mickelson and his wife, Amy, to support combat-wounded veterans and has donated over $18 million, the game is uniquely suited to honor and support those who have served and sacrificed.

Earlier this year, Cut Line wrote a feature about Edward Gizara, a former Marine drill instructor who was injured in training and told he’d be paralyzed for the rest of his life. Gizara learned to walk again and now plays golf at least once a week. But more importantly, he runs the Adaptive Golf Program in Savannah, Ga., which is designed to encourage those with disabilities and challenges to play the game.

For Gizara and those like him, every day is Veterans Day.

Tweet of the week: @JustinRose (Justin Rose) “Like buses!!” Rose’s tweet referred to his comment following his victory on Sunday at the Turkish Airlines Open, just a week after the Englishman had won the WGC-HSBC Champions.

“It’s like buses. You wait ages for one, and then two turn up,” he smiled.

Perhaps the negotiations were more complicated than that, but essentially that was the offer the PGA of America gave to San Francisco’s iconic Olympic Club, which had hosted the U.S. Open five times and seemed to be a lock for a future visit.

Instead, club officials agreed to the deal with the PGA and will host the 2028 PGA Championship and ’32 Ryder Cup.

It was clear the draw of the Ryder Cup was what compelled club officials to embrace the PGA’s offer.

There’s little doubt Olympic Club is a solid move for the Ryder Cup, which hasn’t been played on the West Coast since 1959, but much can change in 15 years and a decade from now this deal could look much different.

Owning it. It’s easy to criticize, just scroll through your social media feed to prove the point.

What’s often difficult is owning a mistake, particularly for a man like Mike Whan, the LPGA commissioner who admitted this week on Golf Channel that moving the Evian Championship to September was wrong.

Whan was criticized this year over his decision to scrub scores from the first round in France and then to shorten the major championship to 54 holes after multiple weather delays, which have become the norm since the event moved to September.

“The challenges we’ve faced are man-made,” Whan said. “And I’m the man who made them.”

Whan said the tour will move the Evian “back to a summer date,” by 2019. Mistakes are human, but responsibility is often a rare trait.

Collateral damage. Although the details are still being worked out, it seems the Tour is inching closer to a condensed schedule beginning in 2019. While that may intrigue some it seems these moves won’t occur without a cost.

Recent news that Dean & DeLuca informed organizers at Colonial Country Club that they may not be able to meet their financial obligations to sponsor the tournament in 2018 has created more than a short-term bind.

According to the Fort Worth Star-Telegram, officials at the annual Tour stop have until Dec. 1 to resolve their sponsorship issues. What that exactly means is unclear, but it doesn’t sound encouraging.

The sweeping schedule changes proposed for ’19 include the PGA Championship moving from August to May and a Labor Day finish for the Tour season, all of which could make the Colonial stop expendable.

In fact, according to one source at the club, Colonial’s board voted on Wednesday to move the annual member-guest tournament from mid-October to May, the same month as the Tour stop.

It’s an altogether stunning development considering the annual Tour stop has been a staple on the schedule since 1946, when Ben Hogan won the first of his five Colonial titles and why the layout is dubbed Hogan’s Alley.