Cut Line: It's about time 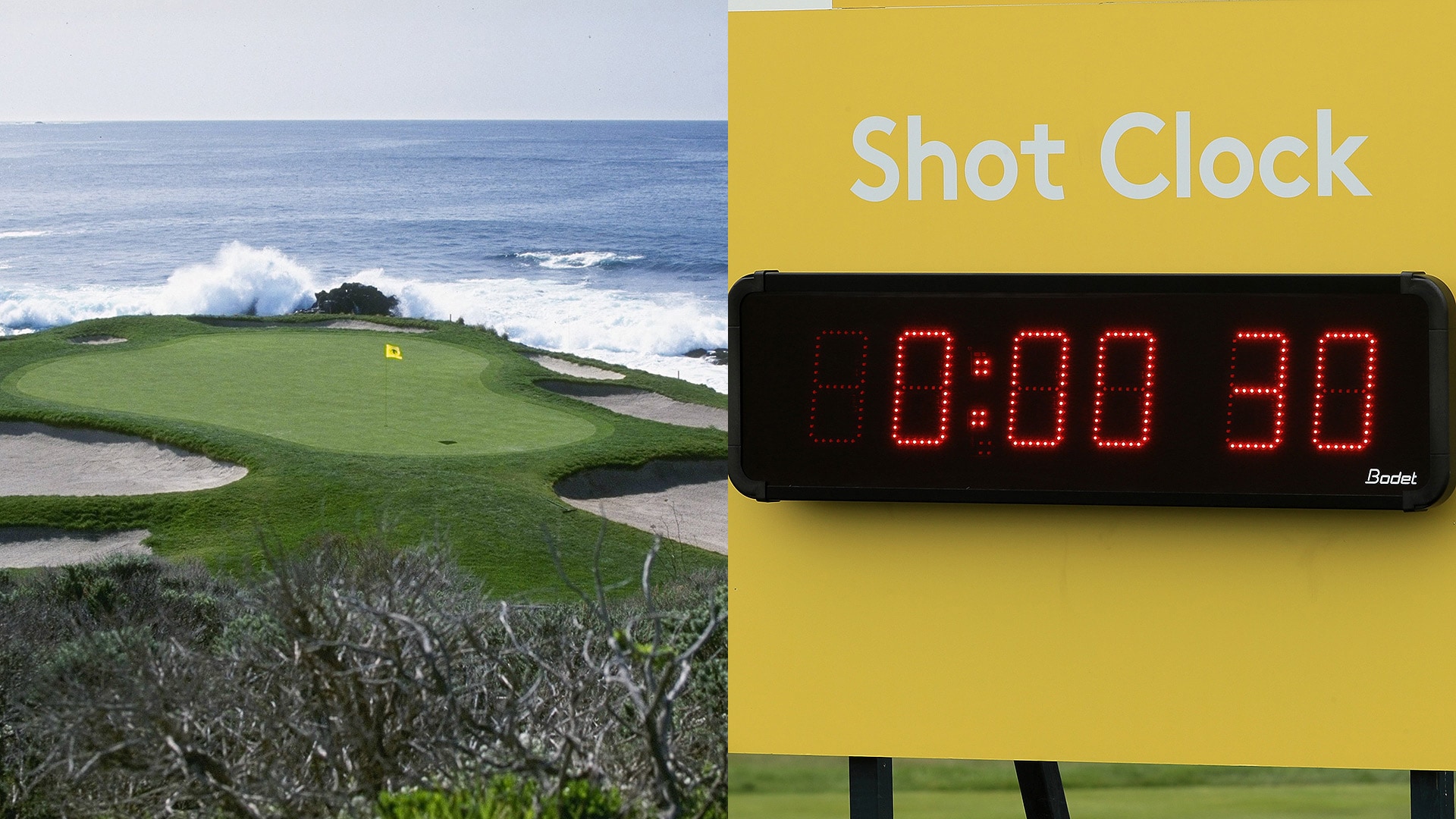 In this week’s edition, the USGA breaks new ground at an old venue, Tiger Woods enjoy a breakout week and the European Tour introduces a breakthrough concept to speed up play.

Beach bound. It’s no surprise that the USGA announced this week that it will return to Pebble Beach for the 2027 U.S. Open, but it certainly qualified as a pleasant revelation that the association will bring the ’23 Women’s Open to the iconic venue.

While the ’27 U.S. Open will mark the seventh time the seaside layout will host the men’s championship, the ’23 Women’s Open will be the first time that the event is played at Pebble Beach.

“Pebble is just a special place. It’s tough, it’s long, it will be good to be able to be at the same course where the men have played,” said Paula Creamer, the winner of the 2010 U.S. Women’s Open. “Now that we have an event there I think the crowd will be huge.”

And now that the USGA has the women’s championship scheduled for Pebble Beach it might be time to expand that thinking and pull some other traditional men’s venues into the women’s mix. Yes, we’re talking to you, Shinnecock Hills.

Hero or bust? On Monday, Tiger Woods continued to entice his fans via social media, this time posting a video of his once-signature “stinger” iron shot with the caption, “Return of the stinger. #StarWars;” and on Tuesday he was spotted playing a round of golf at the Medalist Golf Club in Hobe Sound, Fla.

Woods also attended Game 2 of the World Series on Wednesday in Los Angeles and posted on Twitter, “I last went to the #WorldSeries with my Dad in 1988, also game 2. Amazing to be back almost 30 years later. Let’s go Dodgers!”

As to when Woods might return to competition, that remains unknown, but his former swing coach Hank Haney suggested on social media that December’s Hero World Challenge, a limited-field and unofficial event, would be the most likely option.

“Hero World Challenge is where and when; why wouldn’t he play there? Only thing that keeps him from playing there is a set back,” Haney tweeted.

Oh, and on Friday, Woods pleaded guilty to reckless driving, a lesser charge stemming from his Labor Day arrest for DUI, and entered a diversion program. So, all things considered, a good week.

Grass ceilings. Emily Nash did everything that was asked of her. She played from the correct set of tees. She carried her own bag. She shot a 3-over 75 to lap the field by four strokes.

But most importantly, she played by the rules. All of the rules, no matter how antiquated and absurd they may seem.

Nash, a junior at Lunenburg High School, won the Central Massachusetts Division 3 boys’ golf tournament, but according to state rules she wasn’t awarded the trophy or invited to next week’s state tournament as an individual. Her score only counted toward the team total.

Event director Kevin Riordan said he was simply enforcing the rules and that he planned to buy Nash a winner’s trophy; while the player who finished runner-up, and was declared the winner, offered to give the actual trophy to Nash, who politely declined the offer.

The rule is ridiculous and should be changed for a litany of reasons, but the incident should also be celebrated. From Nash’s respect for the rules to the reactions from players and officials, the moment was a real-world demonstration of everything that makes golf different.

On the clock. The European Tour has always been the pointy end of the spear when it comes to golf’s ongoing struggles with slow play, and news this week that the Continent is poised to take the fight to the next level should come as no surprise.

The tour announced that the former Austrian Open will be renamed the Shot Clock Masters and will feature, yep, you guessed it, a shot clock for every player on every shot.

The circuit tinkered with the shot clock idea this year at the GolfSixes event, but for next June’s tournament each player in the 120-man field will be timed and violators will be issued one-shot penalties.

The first player to play in each group will have 50 seconds and the other players will have 40 seconds to hit. Fans shouldn’t expect to see a similar event on the PGA Tour anytime soon, but it certainly has plenty of support on this side of the transatlantic divide.

“I think it would be very interesting,” world No. 1 Dustin Johnson said this week when asked about a “shot clock” event in the United States. “You'd see a lot of guys getting penalties on our Tour. Yeah, that would be quite fun, actually. I'd have plenty of time but there's a lot of guys that wouldn't. They would be getting a penalty on every hole.”

Tweet of the week: Speaking of the European Tour’s advantage over the U.S. circuit, the Continent’s social media platforms have set a new standard in the game for the last few years, but they curiously missed the mark with an item this week featuring the caption “Welcome to Day 1 . . . #HSBCChampions.” Missing from the short clip was Russell Knox, who won the event two years ago.

“Any reason why you missed the 2015 winner?” asked Knox in a separate post. The Scot was not qualified for this year’s event, but he’s still a former champion. Brendan Steele added via Twitter, “That’s bad.”