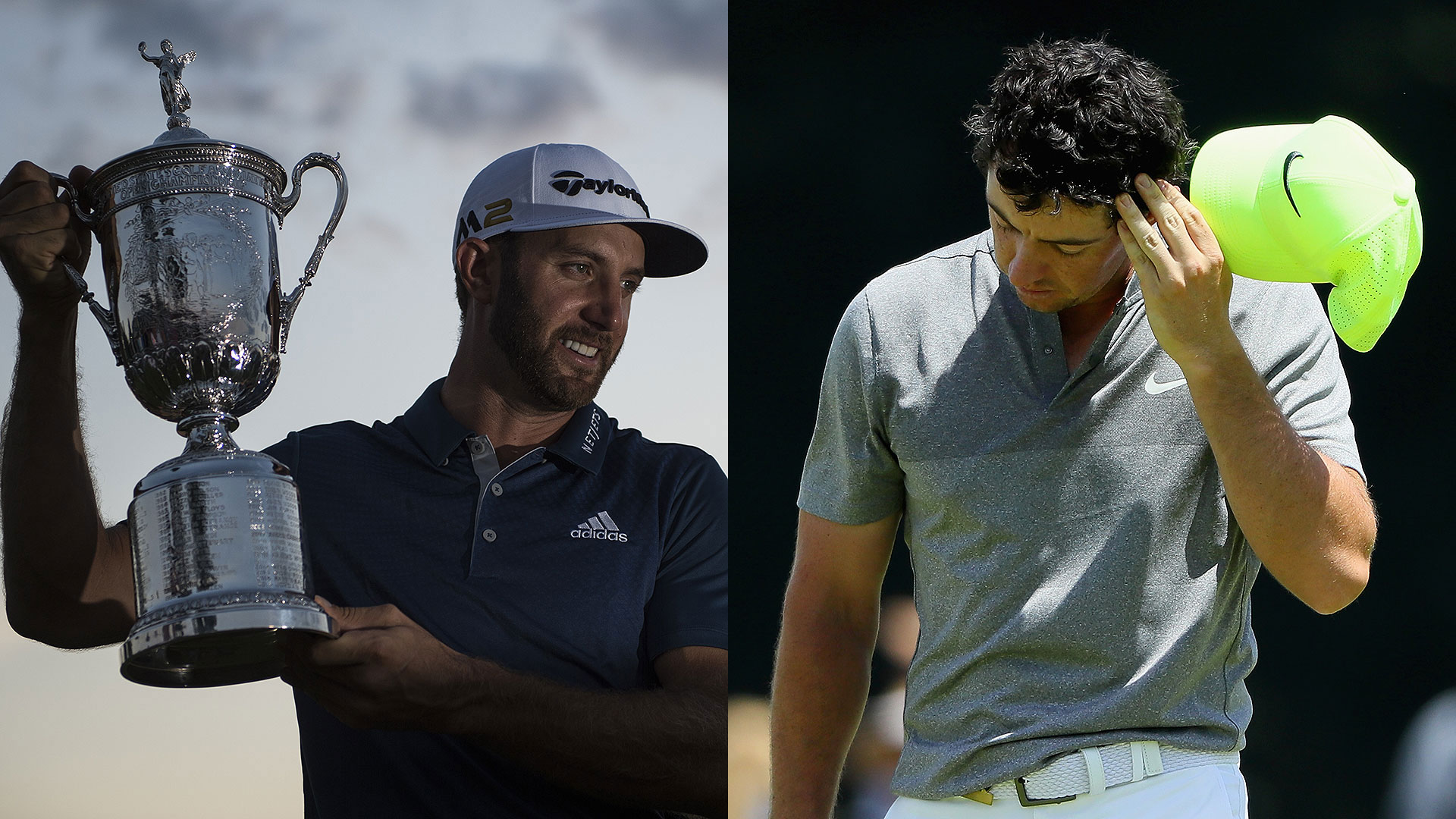 In this week’s edition, the post-Oakmont nitpicking continues, with players and the press dissecting the penalty that cost Dustin Johnson a stroke but not a major title; while potential Olympians continue to wrestle with a difficult choice.

Grand Open-ing. Last week at the U.S. Open, Spain’s Jon Rahm wore blue pants and a white shirt to honor Seve Ballesteros on his way to low-amateur honors at Oakmont.

On Thursday at the Quicken Loans National he began his professional career with a 7-under 64 to take the lead and firmly establish himself as a star-in-waiting.

It’s the kind of start that would have impressed Ballesteros, a short-game magician who never hid his emotions.

It’s an even more impressive start for Rahm considering this year’s crowded field of freshly minted professionals that some consider one of the deepest in recent memory.

Rahm said he wore his tribute to the Spanish legend last week so he could ask himself, “What would Seve do?” in difficult moments. Considering the ease Rahm has shown through his early transition to the play-for-pay ranks, Seve’s response would likely be a wide smile accompanied by a spirited fist pump.

Tiger sighting. The world’s 582nd-ranked player took to the microphone this week at the Quicken Loans National and – as has been the case since he underwent multiple back procedures late last year – there was no real update.

“Still progressing. Excited about what has transpired so far. Lost some of the body fat, but kept the weight up and gotten stronger,” Tiger Woods said on Wednesday. “I need to get in more golf shape. Still working on it. Just wish I could be here playing.”

Although he declined to give any timeline for his return to competition, he also didn’t rule out a return this season, allowing that he’s playing 18 holes a day and would like to come back “sooner rather than later.”

The two most likely starts for Woods would be next month’s Open Championship and PGA Championship, which wouldn’t exactly be ideal rehab assignments considering he hasn’t hit a shot that mattered since last August.

Still, the guy who spoke on Wednesday sounded optimistic he was getting closer to a comeback, which at this stage can only be considered progress.

Brazil or bust. On Wednesday, world No. 4 Rory McIlroy announced he was withdrawing his name from consideration for this year’s Olympics.

“After speaking with those closest to me, I've come to realize that my health and my family's health comes before anything else,” McIlroy said in a statement.

A day later Graeme McDowell announced he would not replace McIlroy on the Irish Olympic team, citing concerns over the Zika virus and his wife’s pregnancy; and world No. 1 Jason Day said McIlroy’s decision was “understandable” and that he hasn’t decided whether he will play for Australia in Rio. Fellow countrymen Adam Scott and Marc Leishman have already declined.

Branden Grace also announced Friday he will not be playing for South Africa, joining Charl Schwartzel and Louis Oosthuizen on the sidelines.

For potential Olympic athletes there are no wrong choices considering the impact contracting Zika could have on one’s professional and personal life.

Conversely, officials with the International Golf Federation said this week that the number of Zika diagnoses in Rio have dropped about 90 percent since the height of the mosquito season in February and that August is one of the coolest months of the year in Brazil.

Players will make their own choices and the Games will be played regardless, but right now golf needs clarity. There needs to be a single announcement outlining who is playing and who is not, otherwise it’s going to be a death by a thousand cuts that will only undermine the competition.

Justice for Johnson. Whether Dustin Johnson caused his golf ball to move on the fifth green on Sunday at the U.S. Open really doesn’t matter at this point.

The USGA said he did and he was assessed a one-stroke penalty that, thankfully, didn’t impact the outcome of his multistroke victory. Johnson contends he did nothing wrong. At this point it’s best to let history and the micro-pixels of the video replay decide.

What everyone can agree on, however, is the incident was poorly handled by officials who informed Johnson on the 12th tee that there might be a problem and he may or may not have to add one.

It’s utter nonsense that a championship was decided with such an air of uncertainty hanging low over Oakmont.

“When you look back at the whole issue, you can break it down into two parts. It's a Rules of Golf issue, of trying to make sure that you apply the rules correctly the way they're written.

And we do believe we did that,” Mike Davis, the USGA’s executive director, told Golf Channel.

“But there's another part of it in terms of the conduct of the championship itself, and that's where we'd really like a mulligan because clearly we made a big bogey.”

The 2016 U.S. Open will be defined by those surreal final moments, which is unfortunate for Johnson after waiting so long for his major breakthrough, but at least the episode should serve as an example going forward that a decision, be it correct or otherwise, must be made in these crucial moments.

DJ took the high road to take that penalty. This ordeal cannot be overlooked because of a multiple shot victory

On this you could really pick your poison, with social media reaction to Johnson’s penalty swift and nearly unanimous; but Spieth’s take cut to the central theme of so many concerns that regardless of the outcome the game deserves better.