Cut Line: Much talk of lawns, literal and figurative 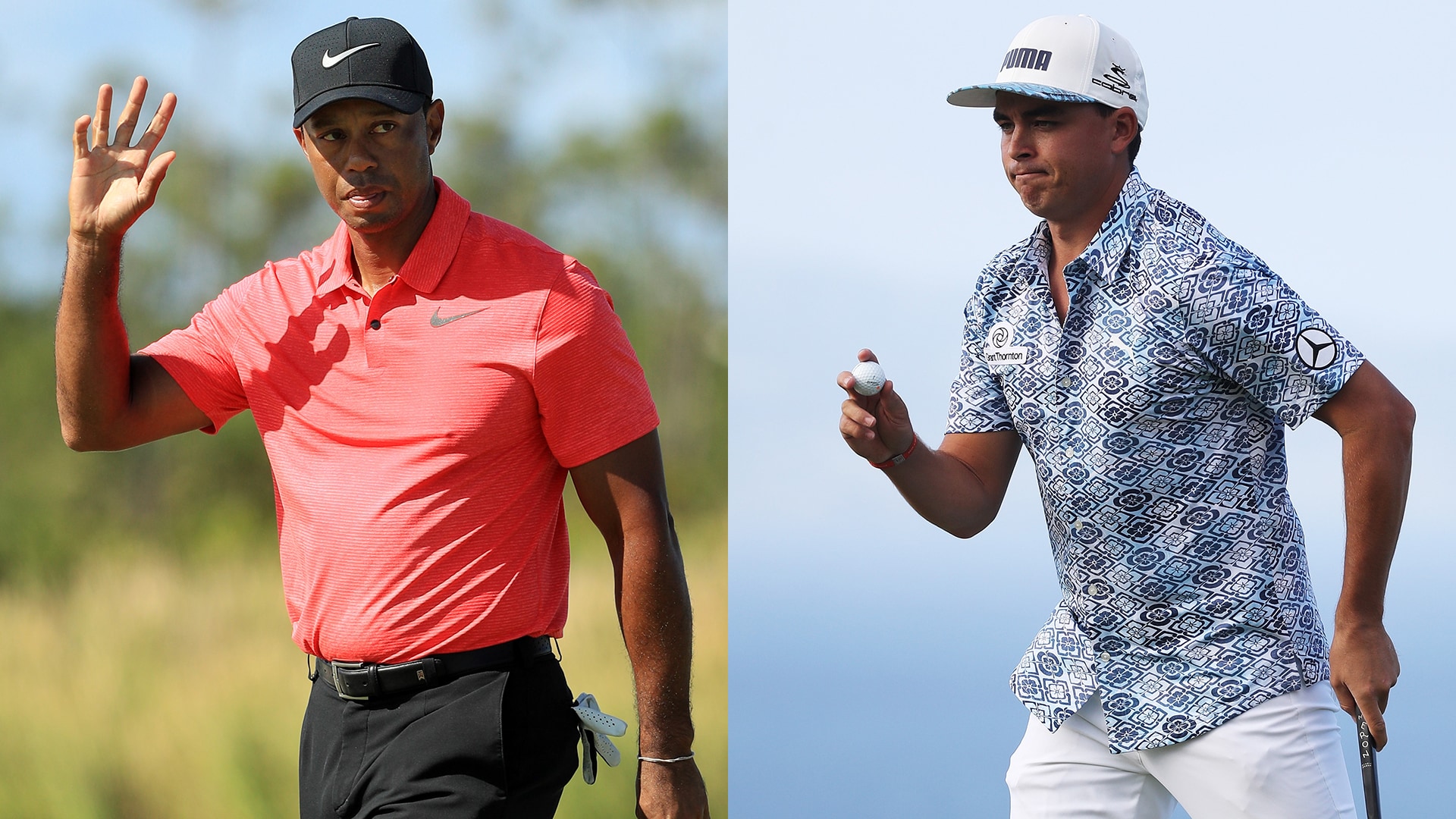 KAPALUA, Hawaii – Tiger Woods headlines the first edition of Cut Line in 2018 with details on his latest return, as Rickie Fowler brings out the game’s curmudgeons with a bold wardrobe choice.

Tiger, the Return. OK, so you’ve heard this before - probably 12 months ago when Woods was making a similar comeback from injury - but this time does feel different.

Woods announced on Thursday he will play the Farmers Insurance Open later this month followed by the Genesis Open in February. While it wasn’t a surprise he’d play either tournament – he’s won eight times at Torrey Pines (including the 2008 U.S. Open) and the Los Angeles stop now benefits Woods’ foundation – it was a sign of his progress.

Before his start at last month’s Hero World Challenge, an unofficial, limited-field event played at Woods’ home course in the Bahamas, there were some who openly questioned if he’d ever play competitive golf again.

There are still plenty of unanswered questions, like how his surgically repaired back will endure 72 holes on the hills of Torrey Pines, but his decision to look past his next swing is a reason to be optimistic.

When more is more. The PGA Tour unveiled a new policy last year designed to encourage players to mix up their schedules.

Essentially, the policy requires those who don’t play 25 events in a season to add an event they hadn’t played in the previous four seasons. The policy has been widely applauded as a creative fix to an old problem.

A potential sign of that impact can be seen in this week’s field at the Sentry Tournament of Champions, where 24 of the 34 players participated in at least 25 events in the 2016-17 season.

Full participation will never happen - no one can play every week - but it seems top players are playing more, and on this front more is better.

A January for Jarrod. If we’re being honest, it’s easy to overlook all of the charitable work the Tour is involved with on a weekly basis because, well, it’s a lot. But the circuit’s most recent push is worth applauding.

Donations can be made to the fund right here and all proceeds will go directly to the family.

“Jarrod would be the first player to support others in their time of need, and now it’s our turn to help he and his wife Briony and their two young children, Lusi and Jemma,” said Andy Pazder, the Tour’s executive vice president and chief of tournaments and competitions officer.

Lyle’s story of perseverance is one of the most inspiring in sports, and the Tour’s efforts to support him shouldn’t get lost in the weekly giving.

When more isn’t more. It’s become fashionable in recent months to lament the distance modern professionals hit the golf ball and to declare that the only way to challenge the Dustin Johnsons of the world is with longer golf courses.

There’s not a better example of the flaw in this thinking than this week’s event at Kapalua. The Plantation Course ranked 50th out of 50 courses in difficulty in 2017, playing to a 70.37 average (2.65 strokes under par), yet the layout was the fifth longest (7,452 yards) on Tour.

It should be noted that Kapalua, a resort course, has the circuit’s widest fairways and many tee shots play dramatically downhill along bouncy corridors, but that only solidifies the point that the game doesn’t need longer golf courses, just better designed layouts.

Untucked-gate. It’s interesting that while the USGA and R&A are engaged in a “modernization” of the Rules of Golf, and while the PGA Tour has fully embraced multiple forms of new media, certain elements of golf still seem wedged in the past, as evidenced by the reaction to Rickie Fowler’s wardrobe choices this week.

While there were plenty who embraced Fowler’s island-inspired, untucked ways on Thursday in Maui, there were still a number of get-off-my-lawn types.

To be clear, Fowler doesn’t intend to take his bold attire to the mainland.

So relax and have fun, because if you can’t have a little fun in Maui, where are you going to have fun?

I get it this week and next, but I hope it stops after that. I know, I know......#getoffmylawn

My colleague was responding to Fowler’s choice of shirt on Day 1 at Kapalua, but we do give him points for owning his grumpiness. A special-edition Fowler shirt is in the mail.

Greens aren’t always greener. If you were able tear yourself away from the idyllic views of the Pacific Ocean this week, you may have noticed the greens on the Plantation Course aren’t exactly green.

The discoloration is the result of an old variety of Bermuda grass creeping onto the putting surfaces and causing some less-than-ideal optics, prompting officials to post a notice to players.

“In order to minimize this unexpected issue, the target green speed will be slower than previously stated,” the notice read.

The 14th hole, which was described by one caddie as a bad municipal course green, is the biggest area of concern, so much so that officials will be limited to a few positions near the middle of the putting surface.

Kapalua did endure a particularly wet December that impacted the greens, which players have largely said are rolling fine even if they may not look the best.

There’s nothing more mundane than watching (or talking about) growing grass - that is, until the grass doesn’t grow like you’d hoped.