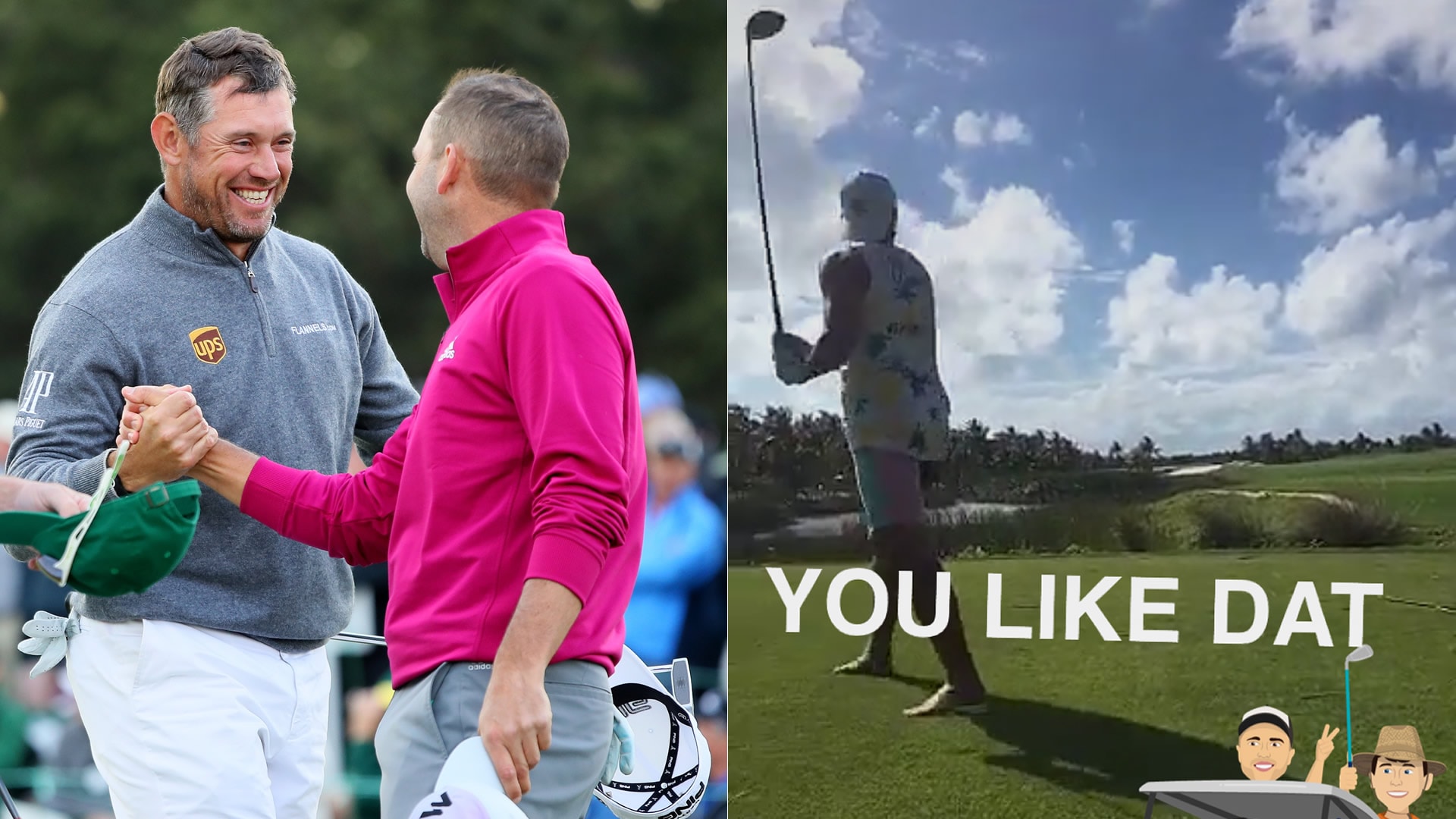 Sergio Garcia highlight’s this week’s edition with a victory at Augusta National that was long overdue, while those who have argued for a longer off-season probably won’t look forward to this fall’s abbreviated break.

Major inspiration. Few things in sports are celebrated as much as perseverance and Garcia’s breakthrough on Sunday at the Masters was the textbook example of tenacity.

He drove down Magnolia Lane last week 0-for-73 in major championships, had openly figured as recently as 2012 the best he could do at Augusta National was finish in the top 5 and had famously blamed the golf gods for his poor fortune in Grand Slam play.

Yet under the most intense pressure at the major that many believed to be the least-likely option for the sometimes putting-challenged Spaniard, he persevered to win his first.

In many ways, Garcia’s victory is something of a paradigm of hope for those with similarly pedestrian records in the majors.

“I was thinking about [Lee] Westwood as I watched and was thinking what this could do to his mentality?” Graeme McDowell said. “You see another guy do something, I wouldn’t be surprised if he won at Royal Birkdale [site of this year’s Open]. Just that little something that kicks off in the back of your brain – maybe we can do it.”

Imagine Garcia’s legacy if his Masters victory transforms the title “best player without a major” into a “next man up” mentality.

Congrats @TheSergioGarcia!! Well deserved and great playing...soak it in my man!!

Fowler’s tweet on Sunday held a little more meaning after he began the final round at the Masters a stroke off the lead but struggled to a closing 76 to tie for 11th place.

Fowler quickly rebounded from his tough closing round at Augusta National, tweeting two days later, “#SB2K17 is on!” Yes, the boys are back at tony Baker’s Bay in the Bahamas for another week of hijinks.

One PGA Tour player, who asked not to be identified, said he received an invitation to attend this year’s edition but would do so only if the crew put away their phones and stayed clear of social media. Luckily for those of us who live vicariously through the frolicking foursome’s annual spring break gathering that was never going to happen.

Storm assessment. When Hilton Head Island, S.C., took a direct hit from Hurricane Matthew last October, officials initially worried that salt water from the storm surge would damage the 18th fairway, but it was the storm’s winds, which reportedly reached 90 mph, that caused the most damage at Harbour Town, site of this week’s RBC Heritage.

Harbour Town lost about 300 trees, which has ironically led to better turf quality and the best conditions many players have seen in years but has altered some of the playing characteristics of the iconic layout.

A large pine tree that used to loom about 50 yards short of the ninth green down the left side of the fairway was lost and a number of trees down the right side of the 10th fairway are now gone.

“At No. 10 you used to have to significantly hug that lake [down the left] to get to a back-right hole location and now I believe you can just bust driver down the right-hand side and hit it on the green,” said Jason Bohn after an opening-round 67. “Those are big differences.”

Although time will tell the actual impact of the lost trees, the par-4 ninth played to a 3.85 average on Day 1 and was the 14th toughest hole; while the par-4 10th had a 4.03 average and was the sixth toughest on Thursday. Both of those averages were higher than they were for Round 1 last year.

Augusta’s loss, Wells Fargo gain. Dustin Johnson’s 11th-hour withdrawal from last week’s Masters with an ailing back was certainly not a best-case scenario for either the world No. 1 or the year’s first major, but that episode has added a measure of excitement to next month’s Wells Fargo Championship.

Because this year’s PGA Championship will be played at Quail Hollow in Charlotte, N.C., the Wells Fargo has relocated to a new venue in Wilmington, N.C., a logistical necessity that has had a negative impact on the field.

Earlier this week Johnson announced he plans to return to the Tour at the Wells Fargo, joining the likes of Phil Mickelson and Adam Scott, giving the event a much-needed boost.

Out with the off-season. In recent years players, the press and fans have lamented the lack of any real off-season in golf with the introduction of the wrap-around schedule in 2014.

This might be tough to fathom, but there’s going to be even less time off this fall.

The Tour announced this week the dates for the CJ Cup, a limited-field event that will be played in South Korea. According to various sources and many tournaments’ own websites, the addition of the Asian event will shorten an already abbreviated off-season.

The last two years there have been two weeks between the Tour Championship in September and the start of the new season. But this fall there is only one week between seasons, with players going directly from East Lake to the Presidents Cup (Sept. 28-Oct. 1) followed by the season opener at the Safeway Open (Oct. 5-8).

From there the Tour will go to Asia for three events – CIMB Classic, CJ Cup and WGC-HSBC Champions – before returning to the United States to finish the year at the RSM Classic (Nov. 16-19).

Rumors of a dramatic schedule overhaul that would see the Tour season end on Labor Day continue to build. If the alternative is an off-season that spans the life expectancy of a mayfly those changes can’t get here soon enough.