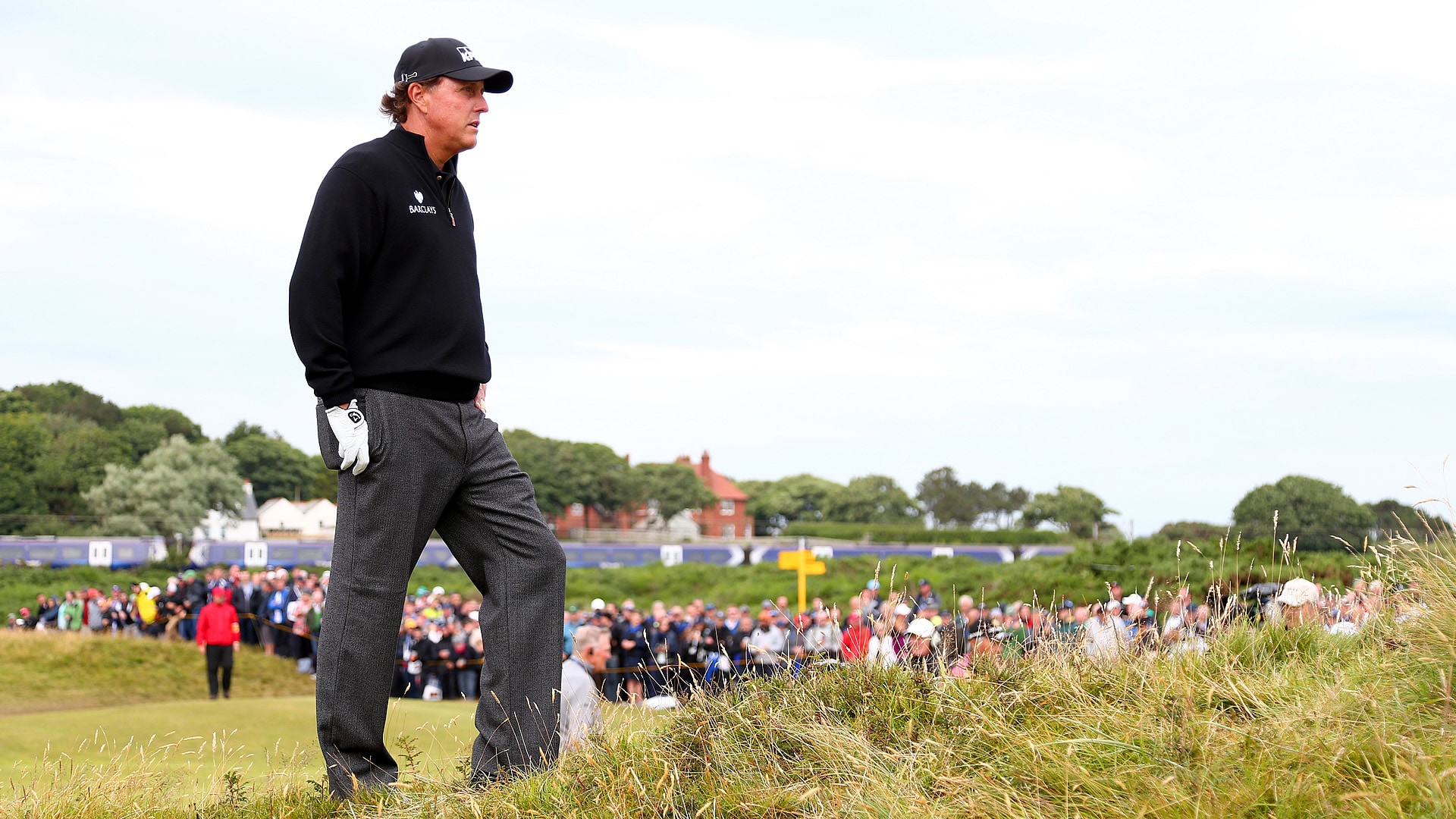 Tiger Woods chooses to sit out the rest of the season, Royal Troon is your scribe’s choice for Open rotation keeper, and some players are forced to make the toughest of Olympic choices in this week’s edition.

Completing the rotation. Last week’s stop at Royal Troon was the final piece of The Open puzzle for your scribe, having covered a championship at each of the nine venues.

St. Andrews is the best of the rotation, and arguably in all of golf for a variety of reasons, and Turnberry, regardless of your thoughts on Donald Trump, almost always produces historic finishes and is visually the most compelling of all the Open stops; but after last week’s event it’s clear Royal Troon rates a spot just shy of the Old and Ailsa courses in the lineup.

Sunday’s shootout between Henrik Stenson and Phil Mickelson proved that Royal Troon can produce the type of drama that separates good courses from great ones, and other than the two leading men nobody was claiming the layout was too easy (J.B. Holmes finished alone in third place at 6 under par, 14 strokes behind Stenson).

The wind and rain off the Firth of Clyde made for perfect Open conditions and the course’s architecture – from the quirky par-3 Postage Stamp to the demanding 11th hole, which played more than a half stroke over par – solidified Royal Troon’s spot at No. 3 on our utterly unofficial Open rota ranking.

The return of Royal Portrush to the Open rotation in 2019 could change this list, but for now Royal Troon is the championship’s quiet keeper.

Nothing Left unsaid. Imagine the setting, Mickelson fresh off a bogey-free 65 on Sunday at Royal Troon that left him three strokes behind Stenson.

Now imagine Lefty’s affinity toward the game’s oldest championship, which for so many years was an unsolved puzzle for him until his breakthrough in 2013. And finally consider his record at the U.S. Open, which continues to elude him.

“I think the R&A sets the golf course up to be as fair as possible and to try to identify the best player regardless of what the score is given the conditions,” Mickelson said. “The USGA has it in their mind that the score needs to be par, so no matter what lines they have to cross to get there, that's got to be the standard, and it kind of disregards and doesn't take into account the difference in talent level and abilities that the players of today now have.”

Six times a runner-up at the U.S. Open, Mickelson’s take on the USGA’s set-up philosophies were certainly understandable, but even in defeat at Royal Troon the southpaw allowed for his partisanship.

“I prefer [The Open set up]. I think that it's much more fair. I think we all enjoy it,” he said. “But I'm also biased because I've won this one and I haven't won the other one, so I've got that working against me.”

No time for reflection. Arguably the greatest shootout in major championship golf will quickly be pushed to the side in a few days when the game’s top players descend on New Jersey for next week’s PGA Championship.

A byproduct of golf’s return to the Olympics is a condensed schedule and rapid-fire majors, with the PGA looming before Stenson even has time to respond to all of the text messages he received after his victory in Scotland.

Perhaps the scheduling crush was inevitable and it’s hard to imagine a more workable scenario for 2020 when golf is scheduled to return to the Olympics, but it’s certainly left little room to digest one of the greatest Grand Slam finishes.

Congrats Henrik, now on to Baltusrol.

None and done. On Tuesday, Woods made it official, withdrawing from the PGA Championship and pulling the plug on 2016.

“Continuing to make progress, but simply not ready for PGA. Will not play in the '15/'16 season and will continue to rehab and work hard to then assess when he starts play for the '16/'17 season,” Woods’ agent Mark Steinberg said in an email to GolfChannel.com.

Although he’s missed parts of other seasons in his career because of injury, this week’s announcement – while hardly unexpected – was an ominous sign for the former world No. 1.

That Woods is taking a conservative approach to this latest setback is telling. The man who has admitted to rushing back from injury in the past seems content to allow his body to heal and heed his doctor’s orders.

Perhaps the road to recovery is paved with patience, but that still doesn’t help the visual – Tiger Woods, 2016, out.

Rio reallocation. The final field for this year’s Olympics, 120 players in total, was released on Tuesday, and while players choosing not to make the trip to Rio is nothing new the reasons behind some of the withdrawals could have easily been avoided.

It’s simple math, not concerns over the Zika virus or security issues, that will keep Colombia’s Camilo Villegas from participating in next month’s Games.

“This is an incredibly difficult decision for me, but ultimately I have to do what's best for my career,” Villegas said in a statement. “Right now, I have not secured my PGA Tour card for next season and I have several opportunities to improve my FedEx Cup standing, one of which overlaps with the Olympics.”

At 146th on the FedEx Cup point list, Villegas has just four more starts, including this week’s RBC Canadian Open, to move into the top 125 and retain his Tour card for next year and one of those events (the John Deere Classic) will be played opposite the men’s competition in Rio.

Brendon de Jonge withdrew from the Games for similar reasons earlier this month, a decision that could have been avoided had the Tour been more proactive.

Officials could have offered current Tour players who qualify for the Games a one-year exemption, a relatively easy and limited decision given golf’s return to the Olympics.

Instead, the players had to make a much more difficult decision.