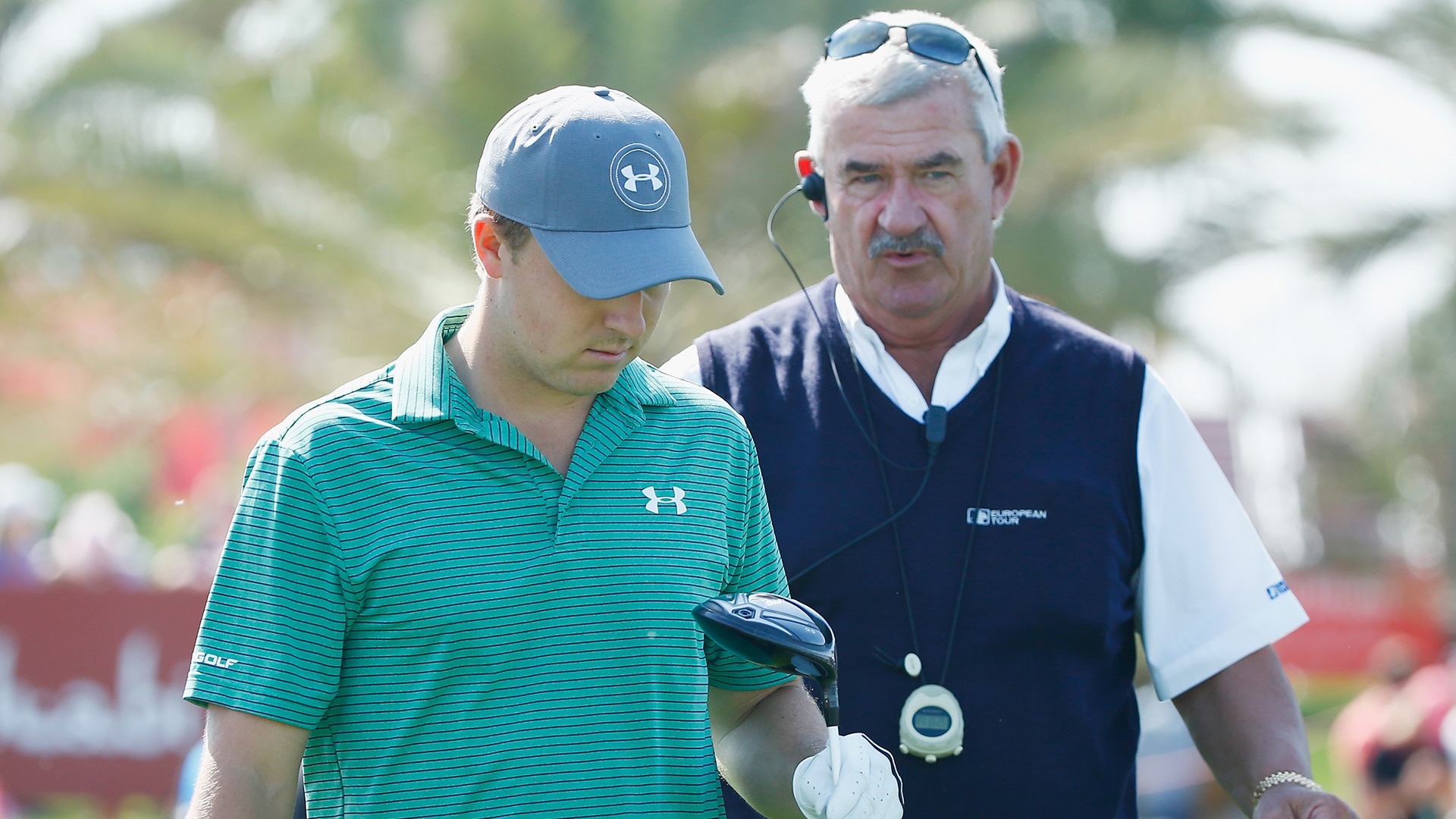 In this week’s edition, it was an intriguing start for a new European Tour initiative to speed up play, while a judge’s ruling may have put an end to a push by PGA Tour caddies for better treatment.

Speed II. European Tour chief executive Keith Pelley said his goal in implementing the circuit’s new pace of play policy was to trim 15 minutes off the average round and after just three events it seems he might be on to something.

The tour released results of the new policy following the Middle East swing, with rounds at the Abu Dhabi HSBC Golf Championship five minutes faster on Thursday and Friday compared to 2015.

Even more impressive was the final group’s pace for Rounds 1 and 2 at the Qatar Masters, which were 19 and 14 minutes faster, respectively.

Five players were issued monitoring penalties and although a second penalty will result in a fine, it’s not the cash (about $2,800) that will prompt players to move quicker as much as it is the looming specter of being publically tagged as a slow player.

Most contend that penalty strokes, not fines, are the only way to speed up play, but announcing the slowpokes is a good start.

There are aspects of professional golf that I probably take for granted. Receiving a Masters invite will never be one of them.

It’s 58 days until the Masters starts. You can almost smell the dogwoods.

Judge & jury. U.S. District Court judge Vince Chhabria dismissed with prejudice – meaning that the same suit cannot be re-filed – a lawsuit filed against the PGA Tour by a group of caddies on Tuesday.

The lawsuit, which focused on alleged breach of contract and antitrust violations, was filed last February and centered on the “bibs” caddies wear during tournament rounds and revenue associated with the advertisements placed on those bibs, which the caddies claim they have been forced to wear without receiving any compensation.

“Even if this contract language might appear susceptible to two different interpretations when considered in isolation, there is only one reasonable interpretation when the language is considered in the context of this case,” Chhabria wrote. “The bib has been the primary part of the ‘uniform’ that the Tour requires caddies to wear.”

An attorney for the caddies told Cut Line he was disappointed with the ruling and hopes to be able to take the case to an appeals court, and Chhabria suggested in his ruling there is room for improved treatment of caddies.

“The caddies’ overall complaint about poor treatment by the Tour has merit, but this federal lawsuit about bibs does not,” Chhabria wrote.

Even if the caddies decide not to pursue an appeal the lawsuit has shed light on the need for better communication and cooperation between the Tour and a group ESPN’s Scott Van Pelt once said were treated like “outside dogs.”

Temp jobs. Speaking of caddies, Spieth returned to work at this week’s AT&T Pebble Pro-Am with a familiar face on the bag, longtime looper Michael Greller.

The world No. 1 finished one stroke behind champion Young-han Song in Singapore and was asked on Wednesday at Pebble Beach about his runner-up showing.

“Work harder to not finish second and maybe have a caddie that can help close the deal,” joked Spieth, who referred to Danzi as his “previous caddie.”

It’s nice to see Spieth is just as adept with a one-liner as he is with his putter.

Tough choices. The PGA Tour Latinoamerica informed players last week that two events, the Guatemala Open and Honduras Open, have been moved further into the spring because of concerns over the spread of the Zika virus.

Although the move is understandable considering the level of anxiety the outbreak has caused it will likely lead to more tough choices in the next few weeks.

“We are monitoring it, but those are the first two we felt it was necessary to make a change,” Ty Votaw, the Tour’s executive vice president of communications, told Cut Line.

The next scheduled events on the PGA Tour Latinoamerica are the Colombia Open (Feb. 25-28) and Panama Classic (March 17-20); and the PGA Tour’s Puerto Rico Open will be played in late March.

The Web.com Tour – which began its season with the Panama Championship and Colombia Championship – has numerous events planned in the affected areas, including the Brasil Champions (March 31-April 3), Servientrega Championship in Columbia (April 7-10) and Mexico Championship (April 21-24).

The World Health Organization said on Friday that possible Zika vaccines are at least 18 months away from large-scale trials, which means more adjustments to the international golf schedule are likely.

Signature southpaw. PGA Tour players make tough choices every week with predictably varying results, the only difference when it comes to Phil Mickelson is that he’s so willing to talk about his decisions.

For example, following a 4-under 68 on Thursday at Spyglass Hill Mickelson explained that he switched to a new version of his Callaway driver before Round 1 and regretted it.

“Well, like an idiot I switched drivers, and today I hit a few shots that I haven’t hit,” Mickelson said. “I hit some shots I didn’t care for today. So I’ll go back to my other driver.”

Every player makes choices, whether it’s about equipment or schedules or course strategy, and maybe Lefty’s only misstep is being so honest with the media.

But for a guy who once played a U.S. Open without a driver and a Masters with two drivers in his bag, this feels like another example of Mickelson making things more complicated than they need to be.