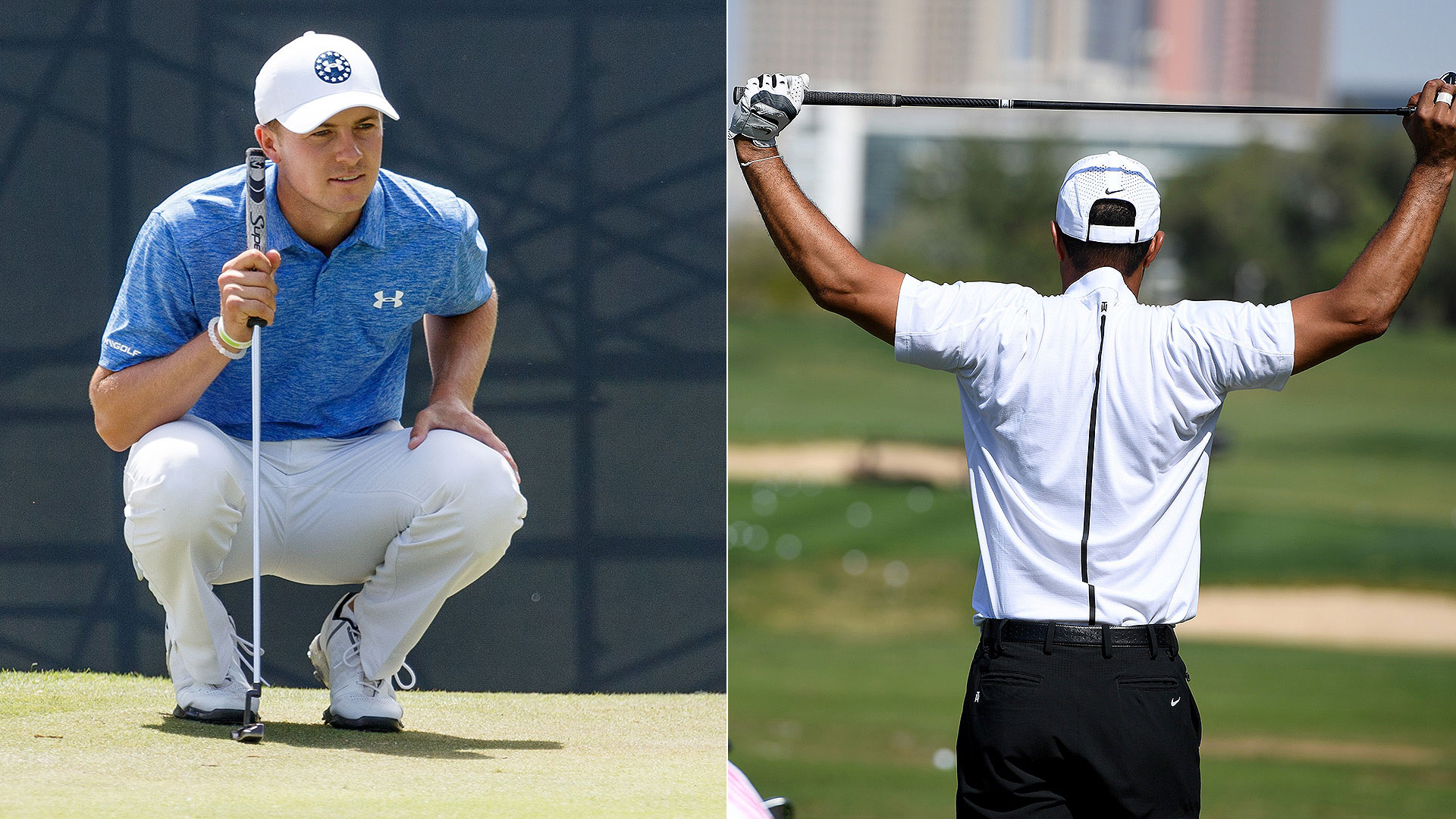 FORT WORTH, Texas – In a relationship-building edition, the USGA takes a unique step and listens; while players start to embrace the benefits of a long-term association ... with their putters.

Let’s talk. It’s been a complicated few years for the USGA and some PGA Tour types.

Last year’s ruling during the final round of the U.S. Open that cost Dustin Johnson a penalty stroke, but thankfully not a victory, was not exactly popular among the play-for-pay set. Earlier this year there were rumblings that the association may not be doling out a “fair” share of its earnings from its lucrative new deal with Fox into purses.

During the Tour’s West Coast swing the USGA seemed to be trying a more proactive approach by sending representatives to events to talk with players about a variety of issues, primarily a set of proposed changes to the Rules of Golf.

This week at Colonial the détente moved to another level with USGA executive director Mike Davis meeting with the Player Advisory Council.

According to one PAC member who asked not to be identified, the meeting was simply a way to begin a “dialogue,” and included conversations about rulings and next month’s U.S. Open venue in Wisconsin.

The USGA is far too often an easy target, but if this week’s meeting is any indication, at least the association is trying to see things from a player’s perspective.

Commitment issues. Much was made of Jordan Spieth’s decision to switch putters last week at the AT&T Byron Nelson, an experiment that didn’t end well (he missed the cut) and lasted just a single tournament.

Spieth first put his trusty Scotty Cameron 009 in his bag when he was 15 years old, which led to a general sense of confusion over his decision to bench the old model before returning to it this week at the Dean & DeLuca Invitational.

For players like Paul Casey, who moved into the hunt on Friday at Colonial with a second-round 66, it’s those types of long-term associations that seem to be a hallmark of all good putters.

“There is something to be said about guys that use putters a long, long time. Tiger used his putter for a long, long time. You look at obviously the veteran players, guys now on the Champions Tour,” Casey said. “They never used to switch equipment much.”

Being paired with Brandt Snedeker, who has largely used the same putter for 11 years, for Rounds 1 and 2 at Colonial made Casey consider the benefits of a long-term relationship with his putter.

“Just trying to look at little things like that, yeah, OK, why does he not change? He's obviously very good. Maybe I shouldn't change as frequently as I do,” Casey said.

The longest Casey has had the same putter in his bag? A year and a half in 2006.

“That would be a good [record] to try and break,” he laughed. “I'm in for about three months right now [with his current model].”

Baby steps. Tiger Woods revealed this week via his website that he is continuing his recovery from fusion back surgery in April and his “long-term prognosis is positive.”

Although Woods still didn’t offer any timeline for his possible return to competition, he did write that he won’t be able to “twist” for another two and a half to three months while his fusion heals.

While that seems to suggest we won’t be seeing Woods on a course anytime soon, the man who has been trying to talk Woods into having the surgery for some time sees the procedure as a potential breakthrough.

“I think it’s going to help him,” said Davis Love III, who had a similar fusion surgery in 2013. “He’s going to match [his swing] up better, he’s going to slow down a little bit and he’ll turn through it better.”

Good news has been in short supply when it comes to Woods the last few years, so we’ll take what we can get.

Tweet of the week: @Danny_Willett (Danny Willett) “[European Tour] please explain that drop? Burying feet enough in to get to the base of the bunker?”

Branden Grace, who came under fire following the first round of the BMW PGA Championship for a fortunate ruling he received on the 13th hole when his ball was plugged in a greenside bunker, was at, the center of the controversy, but it’s not the South African who should be questioned.

“A rule is a rule, and I took advantage of the rule there, and it helped knowing the rule in some respects,” said Grace, who was given a drop in the bunker because his feet were touching a rubber sheet that was under the sand from his original lie.

If you don’t like the Rules of Golf let the USGA and R&A know, but until then criticizing a player for playing by the book is blatantly misplaced.

“The PGA of America says they're going to determine whether the PGA Championship is moved to May by the end of August this year,” Pelley said.

Those within Tour circles believe that decision will be to move the PGA from August to May, allowing for a larger schedule makeover that would also see The Players move back to March and the playoffs end in early September.

Although there are plenty of reasons why a nip/tucked schedule would be good for golf, there are drawbacks – most notably the thermometer on Friday at Colonial. Temperatures reached the high 90s on Day 2 at Colonial with no relief in sight.

If the PGA were to move to May, Texas, Florida and southern California would all likely become future venues for the PGA of America and as any weatherman will tell you, that’s not necessarily a good thing.