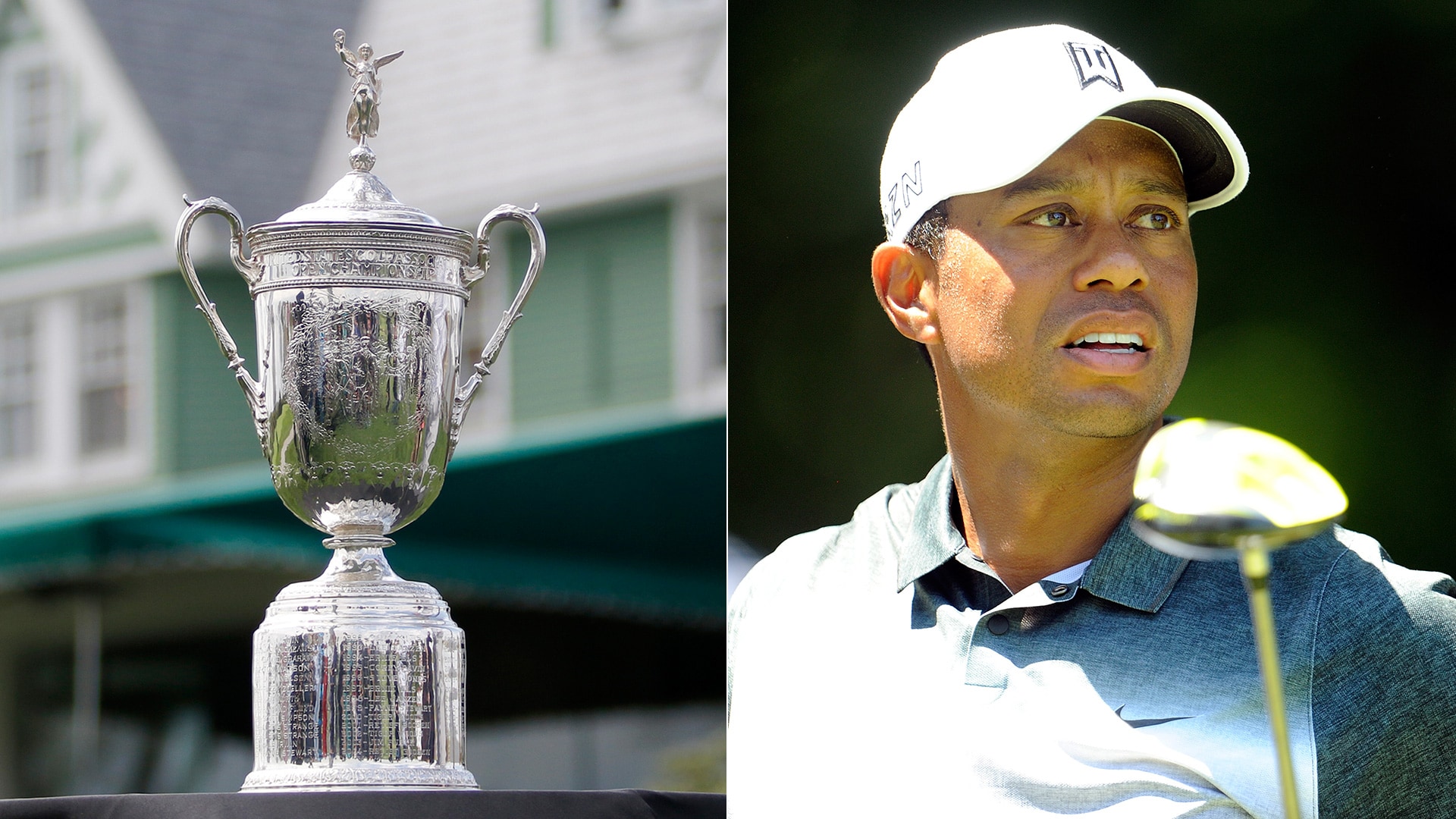 MEMPHIS, Tenn. – In this week’s edition, Oakmont and next week’s U.S. Open looms, Tiger Woods’ absence from golf lingers and the PGA Tour laments the loss of a longtime sponsor in Houston.

All eyes on Oakmont. It’s a common assessment each year as the U.S. Open inches closer and players get a glimpse of that year’s venue.

“Over par will win,” Daniel Berger said of Oakmont, which he played on Monday.

“It's a hard golf course. You don't want to be in the rough there,” offered Brooks Koepka, who played the U.S. Open venue last week.

Phil Mickelson’s take, however, may have been the most foreboding.

“I've played Oakmont the last two days, and I really think it is the hardest golf course we've ever played,” Lefty said on Wednesday at the FedEx St. Jude Classic.

Often lost in the U.S. Open hyperbole, however, is the fact that, at least in the Mike Davis era, officials have largely erred on the side of the players (last year’s greens at Chambers Bay not withstanding).

“It's a very fair test, even though it's hard,” Mickelson added.

Wild stories of ridiculously difficult golf courses are nothing new, but history suggests predictions of player pain and suffering are greatly exaggerated.

Tweet of the week: @TigerWoods “You’ll always be The Greatest for more than just what you did in the ring. A champion to so many people in so many ways.”

Muhammad Ali’s passing last week drew plenty of reaction, but Woods’ tweet was among the most poignant. Cut Line met the champion during the 2008 Ryder Cup at Valhalla and remembers European captain Nick Faldo being speechless afterward. It was a common reaction.

Silver lining. Tuesday’s announcement that Woods would not be playing next week’s U.S. Open or the Quicken Loans National as he recovers from multiple back procedures was not all gloom and doom.

Woods did say via his website that he is “making progress, but I'm not yet ready for tournament competition.”

Give Woods credit for clearing the speculation table before next week’s U.S. Open, if not a recovery that has now stretched to nearly 10 months since his last Tour start.

Woods is also showing an impressive amount of patience, which hasn’t always been the case for the 14-time major champion and that might be the most encouraging part of this entire process.

Low down dirty Shane. The turf war that cropped up this year between the PGA Tour and European Tour took its first casualty this week when Shane Lowry announced he would defend his title at the WGC-Bridgestone Invitational and not play the French Open the same week.

Lowry’s decision is notable only because the European Tour, unhappy with the scheduling of the Bridgestone the same week as the centennial celebration of the French Open, pulled its sanctioning of the World Golf Championship and offered double Ryder Cup points for those playing in France.

“I've known for a while in my own mind that I wanted to defend in Akron [Ohio],” Lowry wrote in the Irish Times. “Any players I've spoken to have said I'm right, even though it won't count on the European Tour this season and doesn't have any Ryder Cup points.”

It’s an even tougher choice for Lowry when you consider he’s currently well outside of qualifying for the European Ryder Cup team, but then he shouldn’t have had to make the choice to begin with.

Shell games. It’s been a tough few months for the energy business and maybe this week’s news that Shell Oil Company, would be dropping its sponsorship of the Tour’s Houston-area stop after next year’s event shouldn’t have been a surprise.

Still, the event has been a staple on the Tour since 1992 – only Honda and AT&T (Pebble Beach) have been title sponsors longer than Shell – and the work that Steve Timms, president and CEO of the Houston Golf Association, has done to improve the event and the field made the news something of a shock.

The event moved to its pre-Masters spot in 2007 and despite a tough position on the schedule Timms and Co. regularly produced a solid field and plenty of exciting finishes.

Tour commissioner Tim Finchem vowed to “begin the search for a new title sponsor right away and are confident we will be successful in those efforts.”

Normally, those would be encouraging words, but after the World Golf Championship’s exit from Doral last week for Mexico City, that kind of optimism is in short supply.

Guessing games. It’s a rite of summer and yet every year it seems that much more comical.

Each June the USGA creates a “reallocation list,” which is essentially the list of alternates for next week’s U.S. Open based on the various qualifiers that are held around the globe.

Although this reallocation list is likely based on a complicated formula, there’s no way to know for sure because the USGA doesn’t “make that known,” according to a spokesman for the association.

Players can get a rough idea where they are on the list based on the relative strength of each qualifying field (the first replacement was pulled from the qualifier in Japan followed by players from the Memphis and England events, respectively), but the actual list – just like the lists that are published each week on Tour – remains a well-guarded secret.

This leaves players to guess where they are on the alternate list, and the rest of us to guess why in the world the USGA would be so guarded over something that is so straightforward.