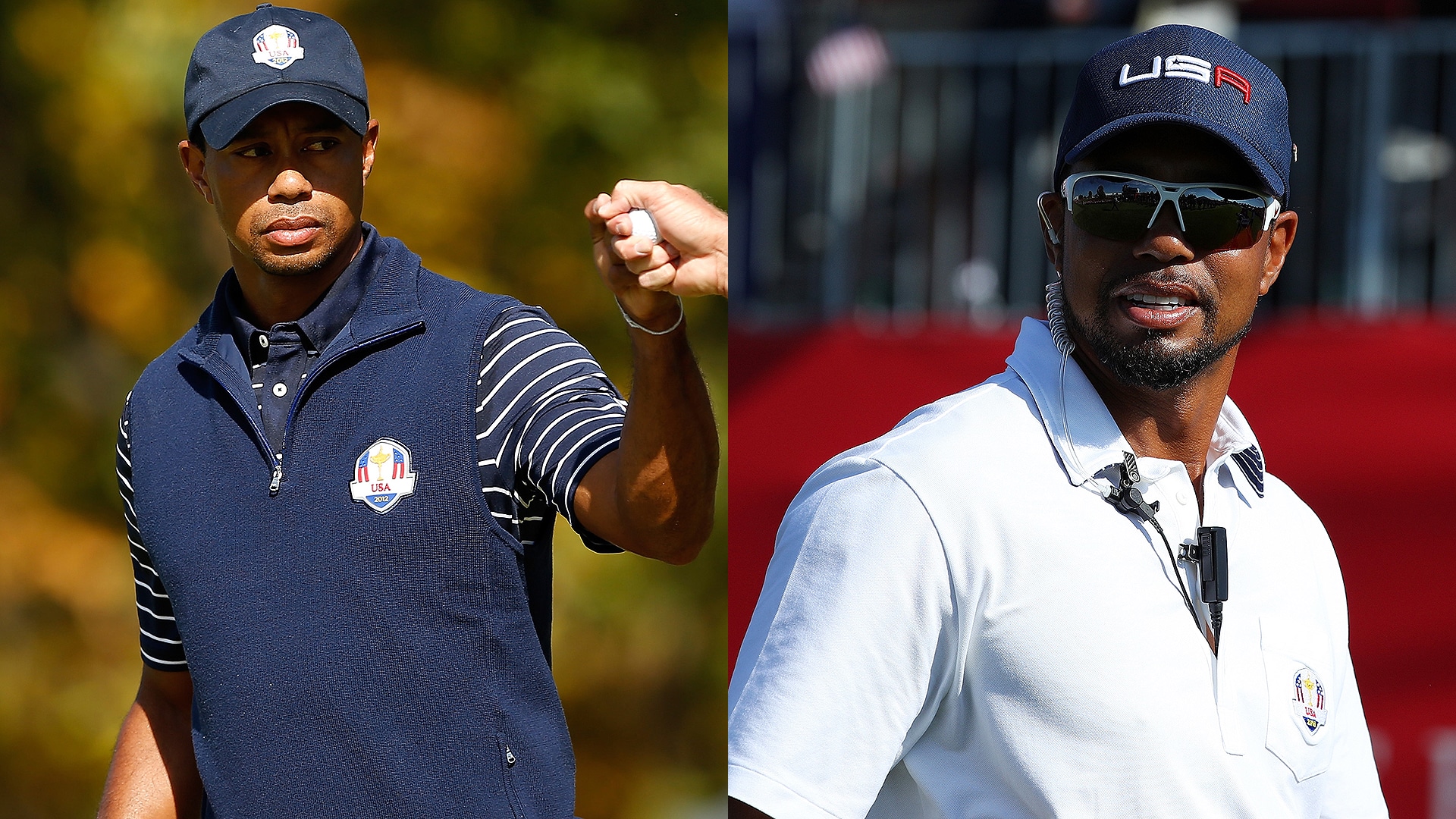 In this week’s edition, Jack Nicklaus makes the argument, again, for an equipment rollback, Tiger Woods gets halfway to his Ryder Cup goal and Paul Lawrie laments slow play ... in Europe.

Captain’s corner. Last week Tiger Woods coyly figured he could do both, play and be a vice captain for this year’s U.S. Ryder Cup team. On Tuesday, he made it halfway to his goal.

Whether Woods will be able to pull off the double-header is now largely up to him and how his most recent comeback from injury progresses, but one way or another Furyk wanted Tiger in his team room.

“What Tiger really has brought to the table for our vice captains is a great knowledge of X's and O's,” Furyk said. “He's done a really good job of pairing players together in foursomes and fourball. When you look at our team room and you look at a lot of the youth that we have in that team room now with the younger players, a lot of them became golf professionals, fell in love with the game of golf because they wanted to emulate Tiger Woods.”

Woods is currently 104th on the U.S. points list, but the qualification process is designed for volatility, with this year’s majors worth twice as many points. With Tiger’s improved play it’s not out of the question that he gets both, a golf cart and a golf bag, for this year’s matches.

#MSDStrong. Every week on Tour players, officials and fans come together to support a charity of some sort, but this week’s Honda Classic has a more personal impact for Nicholas Thompson.

Thompson graduated from nearby Marjory Stoneman Douglas High School, and last week’s horrific shooting there inspired the former Tour member to work with tournament organizers and find a way to help the victims.

Officials handed out 1,600 maroon ribbons to volunteers to honor the victims; and Thompson and his wife, who is also a Stoneman Douglas graduate, donated another 500 with the letters “MSD” on them for players, wives and caddies.

Thompson also planned to donate 3,100 rubber bracelets in exchange for donations to help the victims and their families.

“I’m not much of a crier, but it was a very, very sad moment,” Thompson told PGATour.com. “To see on TV, the pictures of the school that I went through for four years and the area where it occurred was terrible.”

The Tour makes an impact on communities every week, but some tournaments are more emotional than others.

Golden moment. Jack Nicklaus has never been shy about expressing his thoughts on modern equipment and how far today’s professionals are hitting the golf ball, but this week the Golden Bear revealed just how involved he may be in what is increasingly looking like an equipment rollback of some sort.

The USGA and R&A are scheduled to release their annual distance report before the end of the month, but after the average driving distance jumped nearly 3 yards last year on Tour – and nearly 7 yards on the Web.com Tour – many within the equipment industry are already bracing for what could be the most profound rollback in decades.

Geographically undesirable. Although this will likely be the final year the Tour’s Florida swing is undercut by the WGC-Mexico Championship, which will be played next week, the event’s impact on this year’s fields is clear.

The tee sheet for this week’s Honda Classic, which had become one of the circuit’s deepest stops thanks to an influx of Europeans gearing up for the Masters, includes just three players from the top 10 in the Official World Golf Ranking, and none from top three. By comparison, only the Sony Open and CareerBuilder Challenge had fewer top players in 2018.

On Monday at a mandatory meeting, players were given a rough outline of the 2018-19 schedule, which features some dramatic changes including the PGA Championship moving to May and The Players shifting back to March, and numerous sources say the Mexico stop will move to the back end of the West Coast swing and be played after the Genesis Open.

That should help fields in the Sunshine State regain some luster, but it does nothing to change the fact that this year’s Florida swing is, well, flat.

J.B. Holmes endured the wrath of social media for taking an eternity - it was actually 4 minutes, 10 seconds - to hit his second shot on the 72nd hole at Torrey Pines, but in fairness to Holmes he’s only a small part of a larger problem.

Without any weather delays, Rounds 1 and 2 were not completed on schedule last week in Los Angeles because of pace of play, and the Tour is even considering a reduction in field size at the Shriners Hospitals for Children Open to avoid similar schedule issues.

But all this seems to miss the point. Smaller fields aren’t the answer; rules that recognize and penalize slow play are the only solution.

Tweet of the week: @PaulLawriegolf (Paul Lawrie) “Getting pretty fed up playing with guys who cheat the system by playing as slow as they want until referee comes then hit it on the run to make sure they don't get penalized. As soon as ref [is] gone it’s back to taking forever again. We need a better system.”

It turns out slow play isn’t a uniquely Tour/West Coast issue, as evidenced by the Scot’s tweet on Thursday from the Qatar Masters.