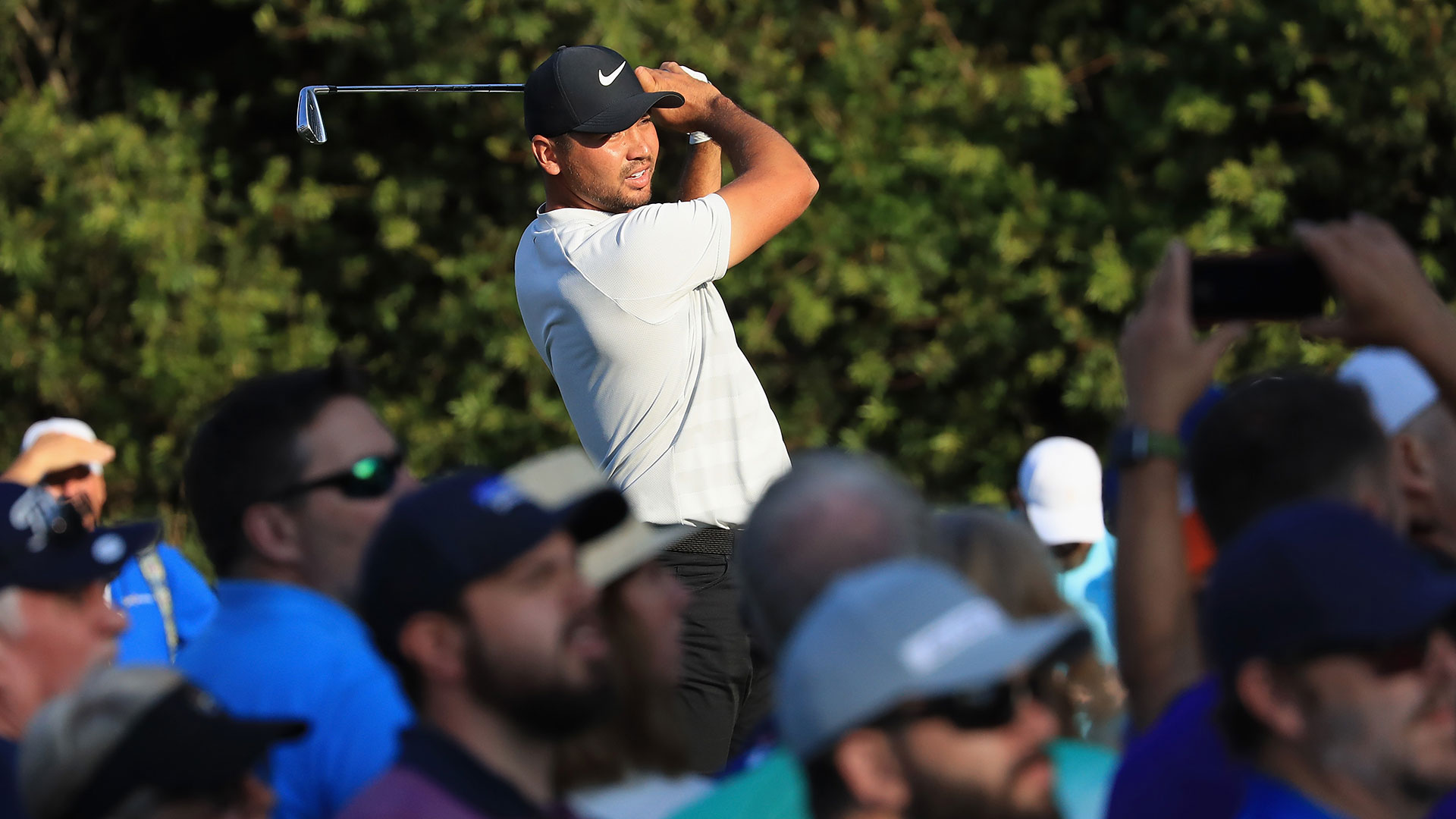 PONTE VEDRA BEACH, Fla. – If there’s no better tale in sports than the reclamation project, count Jason Day among this week’s crowd favorites.

It’s easy to overlook the round-faced Australian. You can dismiss his name on a crowded Players Championship leaderboard as standard fare or a foregone conclusion, a player doing exactly what he should be doing.

After all, he’s won the PGA Tour’s flagship event before, back in 2016, to go along with his dozen victories and he’s fresh off a gritty triumph last week at the Wells Fargo Championship. You know, business as usual, nothing to see here.

But for a week that’s gone wildly off script, with many of the pre-tournament favorites headed home after two turns around the Stadium Course and those who remain bound for early tee times on Saturday, Day’s play has been nothing short of inspired.

It was, after all, about this time last year when Day’s competitive and personal world was spiraling. A few weeks earlier he’d withdrawn from the WGC-Dell Technologies Match Play, revealing that his mother, Dening, had been diagnosed with cancer.

Day struggled throughout the summer, missing the cut at the U.S. Open and failing to win on the Tour for the first time in four seasons. He was understandably distracted and uneasy on the golf course, which he now admits was the byproduct of being unwilling – or maybe he was unable – to do the things that lifted him to No. 1 in the World Golf Ranking off the course.

For Day, the top spot in the World Ranking was the result of hard work. While some players dismiss the ranking as simply the result of winning, the 30-year-old goes at it from the other side of the coin, figuring if the ultimate goal is being world No. 1 than that means all the other things, the winning and contending and check cashing, have fallen into place.

“Obviously there's some distractions last year that kind of took my mind off it. I got burnt out being No. 1,” Day said. “Last year was a good kick in the butt, not playing great and then seeing a lot of the other guys succeed. There was no jealousy there or envy. It was more disappointing, I feel like I've got all this talent.”

From unfulfilled expectations has come a renewed desire. This off-season he dedicated himself to the same regime that took him to the top of the world and the results were immediate, with his victory at the Farmers Insurance Open in January ending a title drought that stretched back to the ’16 Players.

Last week in Charlotte, Day made another monumental leap back toward that lofty status with his victory at Quail Hollow. If January’s overtime victory at Torrey Pines was a test of mind and body, his two-stroke triumph last week is even more impressive considering he had something much closer to his C game for the week.

“I think my C game last week, well, it was my A game because that's the best I could have done,” he reasoned on Tuesday at TPC Sawgrass.

It’s that kind of win-at-all-costs ability that separates good players from great ones. It certainly was a key component to Day’s game when he won eight times in a 17-month stretch beginning in 2015 and one of the reasons why he’s gravitated to Tiger Woods in recent years.

“I've won out here numerous times not playing well but found a way to score and get the job done. And that's what he's doing,” Woods said of Day this week.

For Day, Woods was the inspiration growing up in Queensland, the reason he believed he had what it took to be among the world’s best. After last year, the 14-time major champion and mentor also became something of a blueprint.

Throughout all of Woods’ health issues in recent years he’s preached of his inability to put the time and effort into practicing and playing his way back to competitive relevance.

It seems Day has been listening.

“That year-long stretch that I didn't win, my head was kind of elsewhere. But now I'm very motivated,” said Day following his bogey-free round. “I'm more motivated about winning and trying to get back to the top. When I have a goal of trying to reach the top of the mountain, that usually motivates me to do everything I can to win tournaments.”

Although Day’s return to winning form isn’t in the same ballpark as Woods, who as recently as last fall openly questioned if he’d ever play professional golf again, it’s a comeback worth appreciating.