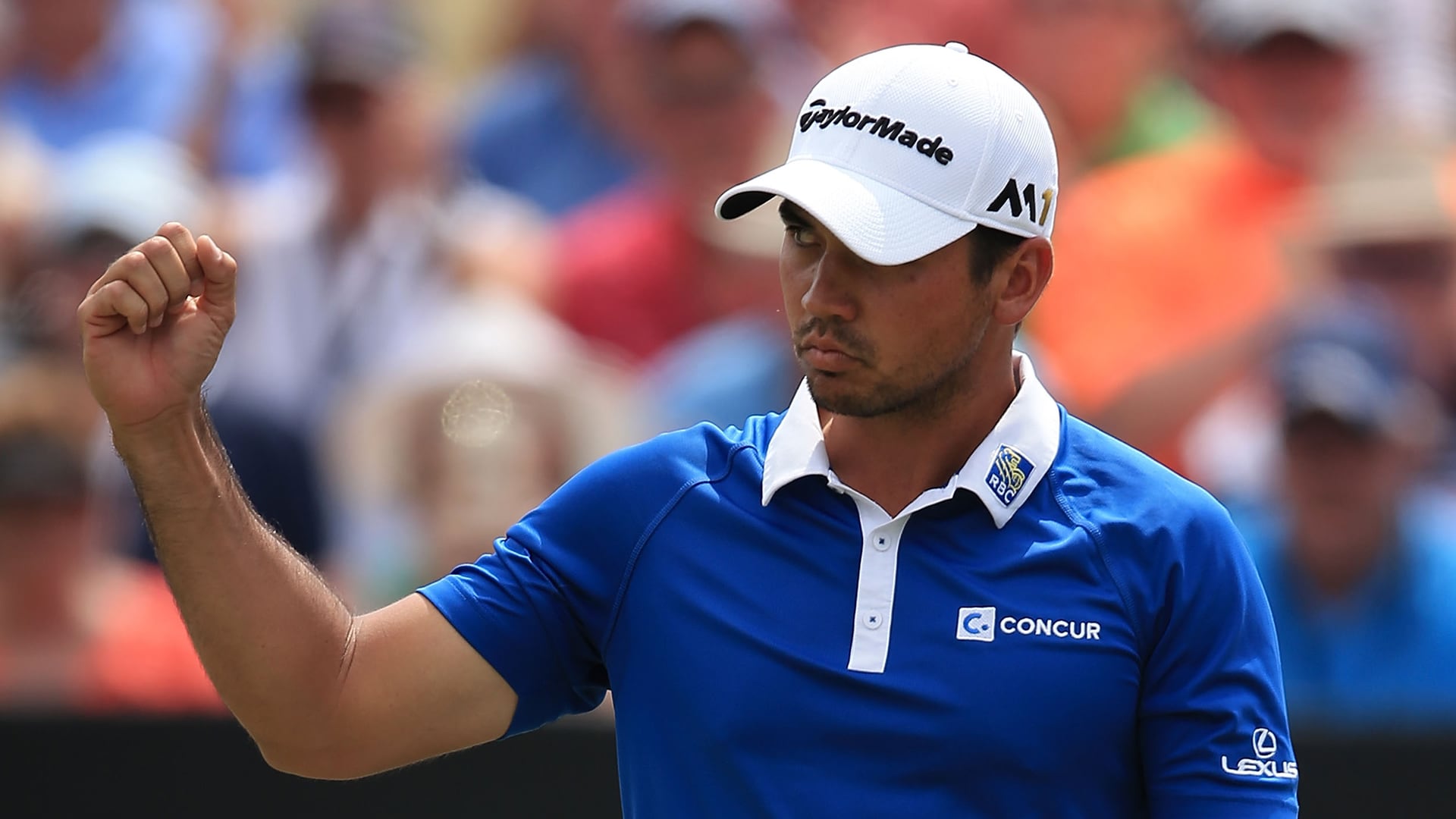 ORLANDO, Fla. – There was no concern, no panic, no sense of urgency, just an innate understanding of the natural ebb and flow of his own competitive clock.

Jason Day, after all, has always done things at his own measured pace.

He earned his PGA Tour card in 2008 but needed two years to find a winner’s circle many thought would be a regular stop for the Australian prodigy.

He needed four more years to add title No. 2 and played in 20 majors before finally joining the Grand Slam club last year at the PGA Championship.

So when Day put the finishing touches on his breakthrough 2015 season with a tie for 10th at the Tour Championship last September he understandably took a little extra time to savor the moment.

By his own admission, during his three months “off” after East Lake, he put in about a month of net practice and started this year with something less than his A-game, posting just a single top-10 finish (Hyundai Tournament of Champions) in four starts.

Yet even as writers opined and analysts lamented his slow start to 2016, Day remained patient, if not acutely aware of the armchair apprehension.

“Seems like you guys had concerns for me,” Day said on Friday at Bay Hill.

It’s the kind of attention that comes with winning major championships and moving to No. 1 in the world, however briefly, and Day would expect nothing less.

“It’s harder for us to go through a little bit of a dry spell, more so than the guy who is 125 on the FedEx Cup. I’m OK with that because it means I have to work harder because everyone is telling me I’m not playing well. I should be playing better because everyone is expecting me to play better.”

Day’s answer to all that noise has been absolute this week. On Friday he turned at 9 under and three strokes clear of the field, added three more birdies, signed for a 65 for a 13-under total and promptly was administered a drug test, because ... well, nothing says “random” like a five-stroke cushion through 54 holes.

Day’s play was even more impressive considering he’s never played well during the Tour’s Florida swing, an anomaly compounded by the fact he began his professional career living in a condo not 10 minutes from Bay Hill.

In 18 starts in the Sunshine State, not counting The Players, Day’s best finish is a tie for 17th last year at the Arnold Palmer Invitational, an oddity Day’s caddie Colin Swatton attributes to the particular short-game demands of Bermuda rough.

It was why Day and Swatton exchanged a high-five when they arrived at Bay Hill this week to see thick, lush over-seeded rough that is more to the world No. 3’s liking.

But it’s not a more familiar grass or the inevitable reduction of rust that has fueled Day’s turnaround this week so much as it is the confidence born from near-flawless execution.

On Friday, he hit 15 of 18 greens in regulation and 11 of 14 fairways, and rolled in 125 feet of putts, perhaps none more impressive than a 36-footer for a closing birdie at the ninth hole (he started his day on No. 10) after a rare foul ball off the tee.

“I felt like I couldn't do anything wrong out there, which was good, and was driving it nice and was driving it really long,” said Day, who normally avoids such optimistic assessments of his own game. “I had several chances to hit a lot of greens and I putted fantastic today. To hole 125 feet of putts was fantastic.”

For Day, comfort equates to courageousness, like his bold blast from a greenside bunker at the sixth hole to 2 feet for birdie with nothing but trouble glaring back at him.

“When you're trying shots that you really haven't put in play before with water behind and things can possibly go wrong, that means it shows that I'm pretty confident with how I'm feeling out there,” Day said.

Day’s 66-65 start marks his best opening effort this year; his 13-under total would have won eight of the last nine tournaments at Bay Hill. He said his driving is close to where it was last year when he won four events in six starts including that first major at Whistling Straits.

“This is not an easy golf course and what he’s done is impressive,” said Zach Johnson, who was paired with Day for Rounds 1 and 2 this week.

Nor is Day’s play an accident.

Since he got back to work following the birth of his second child in the offseason, Day said he’s spent 3 ½ hours a day on his short game, 3 hours on his long game and another hour in the gym.

That’s every day, and that’s why despite a collective concern over his slow start to 2016 he was never worried.