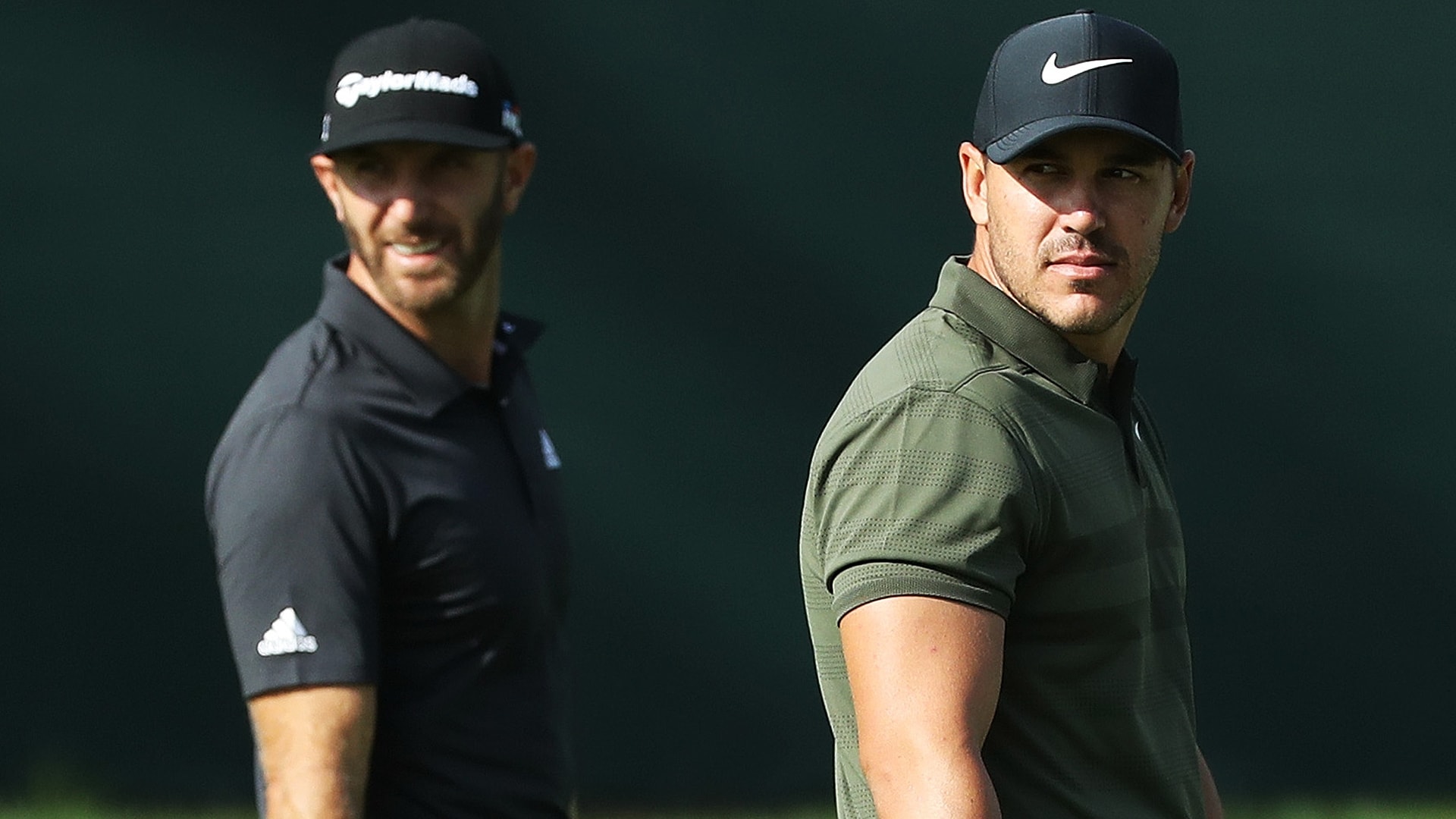 PARAMUS, N.J. – The game’s undisputed bash brothers put on quite the show on Thursday at The Northern Trust, although the final tally was a tad misleading.

In fact, for the better part of the opening round at Ridgewood Country Club Brooks Koepka must have felt like he was playing as a one-some with how Dustin Johnson performed off the tee.

Johnson and Koepka, the world Nos. 1 and 2, respectively, set out early on Day 1 in one of the more intriguing matches of the season. The much-talked-about exhibition between Tiger Woods and Phil Mickelson later this year in Las Vegas may be generating headlines and interest, but from a purely competitive standpoint there’s not a better title bout in the game at the moment than Johnson and Koepka.

There’s the obvious drama created when the world’s top two players go head-to-head, along with the added intrigue of Koepka possibly unseating DJ in the world math this week. There’s also an interesting sidebar over the upcoming PGA Tour Player of the Year voting, although two majors certainly gives Koepka the upper hand in that match.

But it’s the duo’s unique relationship that creates the most compelling narrative.

When they aren’t pounding drives ridiculous distances and winning Tour events – they’ve won a combined five times this season – Johnson and Koepka can normally be found working out together at the Joey D Performance Center in Jupiter, Fla.

On the eve of the final round of the PGA Championship Koepka joked that earlier that day when the duo went to a local gym everyone swarmed to get a glimpse of Johnson. “They were like, did you see that the No. 1 player in the world was here,” joked Koepka, who would win his third major in six Grand Slam starts at Bellerive.

There’s no bitterness or jealousy, simply an organic competition that drives both players.

That rivalry took an interesting turn on Thursday at Ridgewood in the playoff opener. Paired together for Rounds 1 and 2 along with Justin Thomas, Koepka outperformed his South Florida stable mate, at least on paper.

Koepka was first in the field in strokes gained: off the tee and 15th in strokes gained: approach to the green; compared with Johnson, who missed seven of his first eight fairways including a wild miss that sailed out of bounds at No. 17 (his ninth hole of the day) and led to a triple bogey-8.

“I'm trying to hit a high cut and to the right side. I hit that ball 70 yards left of where I was looking, and in general, if I'm trying to hit a high cut, if anything, I'm going to over cut it to the right, and it came off low and hooked,” Johnson said of his tee shot at the 17th hole. “I just laughed. I literally just laughed the way I hit the shot.”

Koepka was much more consistent, hitting more fairways in his first 10 holes then DJ hit all day, and finishing with the kind of ball-striking numbers that have made him one of the game’s most explosive players.

“We were actually laughing about it walking to [No.] 1, how poorly they had driven it,” Koepka said.

Johnson’s performance off the tee improved on his inward loop, although he couldn’t explain what went wrong or how he was able to fix it, and the duo finished the day tied at 4 under par following opening 67s.

“Today was an unusual day for me. I haven't had the driver go this crooked in a long time,” Johnson said. “But I figured it out, and it doesn't matter.”

Given his body of work, it’s no huge surprise that Johnson was able to “figure it out,” but there is something to be said for his company on Day 1 and the ever-present sub-plot between he and Koepka.

Johnson may seem aloof at times when it comes to the importance of being world No. 1, but those closest to him contend it means much more than he allows the world to know. Being bumped out of the top spot is not something he spends much time thinking about, and being ousted by Koepka certainly isn’t on Johnson’s agenda.

“I've not actually talked to him about it,” Koepka said. “I'd love to knock him off, and I'm sure he'd love to keep me where I'm at. You know, it's fun. It's actually been really good for the both of us.”

It’s also becoming really good for golf. DJ and Brooks may not be the game’s most heated rivalry, but it’s certainly becoming the most interesting.