DJ gets major break from Mother Nature at Oakmont 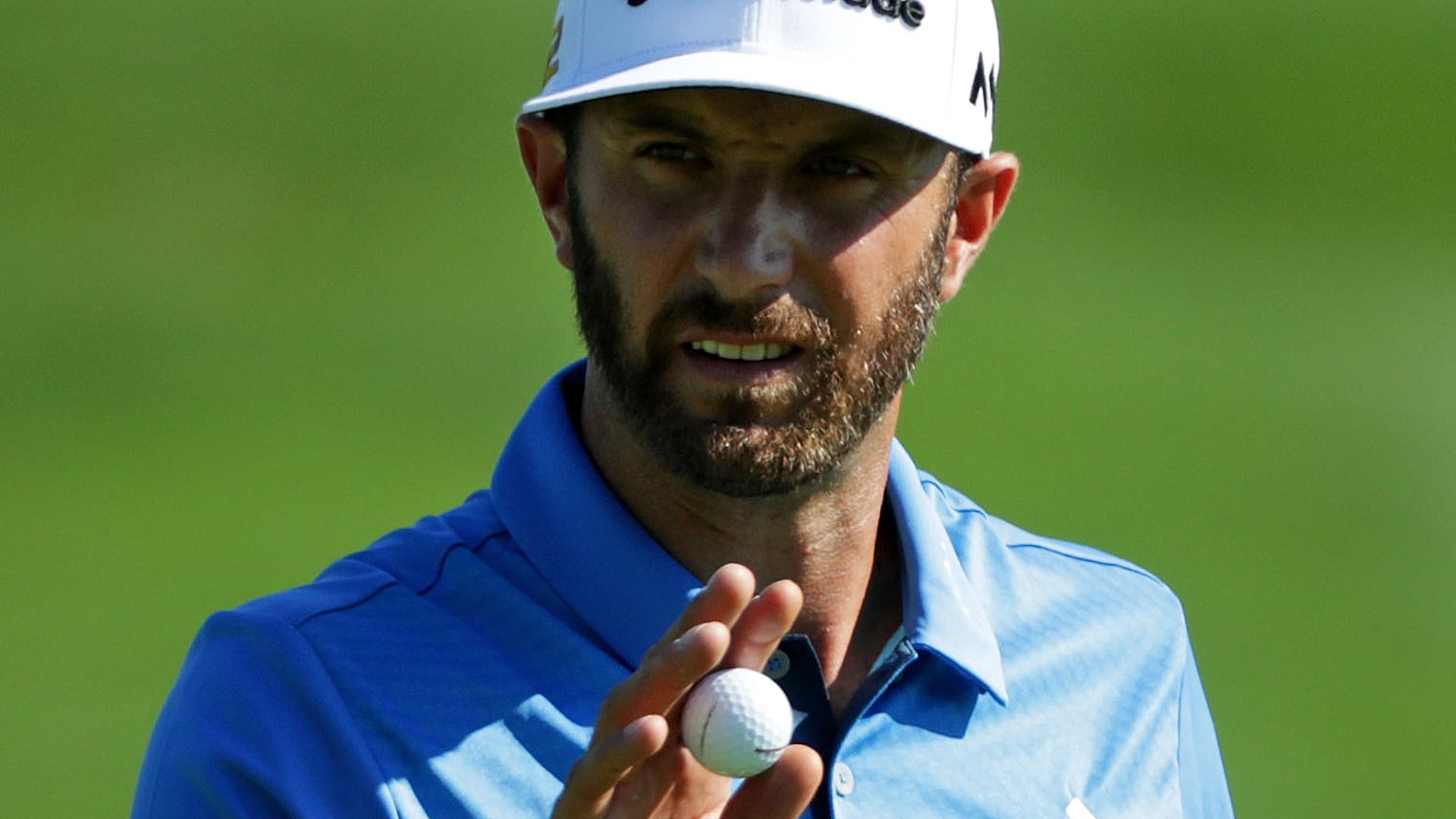 OAKMONT, Pa. – With apologies to Ayesha Curry – the wife of NBA star Stephen Curry who tweeted following the Golden State's Game 6 loss to Cleveland last night, “I've lost all respect. Sorry, this is absolutely rigged for money, or ratings [I’m] not sure which. I won't be silent” – it wasn’t the USGA tweaking Oakmont for the benefit of a potential Dustin Johnson ratings boon, it was Mother Nature.

There’s no other explanation.

All told, nearly three inches of rain soaked and softened what is widely regarded as the game’s most fearsome layout, a conditional about-face that would dovetail neatly with DJ’s unique skill set of power and precision.

Given Johnson’s ability to drive the ball the length of the Pennsylvania Turnpike, there’s probably not a course in the world that sets up poorly for him, but there was no ignoring that Thursday’s deluge made for conditions that distinctly favored DJ.

That’s not to say the game’s preeminent bomber airmailed his way to the 4 under total he currently sits at. In fact, one could fairly suggest that Johnson has put himself back into the hunt at his national championship – he’s now finished his last 10 consecutive rounds at the U.S. Open perched within the top 6 – playing small ball.

“His plan is to hit as many fairways as he can this week,” said Claude Harmon III, who along with his father, Butch, serves as Johnson’s swing coach.

While that plan may seem overly simple, in practical terms, it’s not always the easiest thing to execute when holes like the 307-yard, par-4 17th loom.

Late in Round 1 with playing partners Sergio Garcia and Hideki Matsuyama waiting with drivers to try and reach the green, Johnson – the guy who is leading the field with a 320-yard average – smoothed a 5-iron into the fairway, safely punched a wedge to 25 feet and two-putted for par.

There may not be another 300-yard par 4 that could have prompted such a measured response from such a powerful player.

“With the wind like it was today I'm kind of right in between. I can't get a 3-wood there. If I hit a driver solid, it's going to go too far,” Johnson figured. “It's the U.S. Open. I like wedges out of the fairway.”

But there was none of that on a marathon day at Oakmont, which began for Johnson just after daybreak following the most meteorologically miserable round at a major since the Bethpage Open in 2009.

After scrambling for par on his first two holes, Johnson was perfect the rest of the way, finishing his round with three birdies and, more importantly, no bogeys. He was the only player in Round 1 to go bogey-free.

He largely played from the short grass, gave himself few of the type of par attempts that wear on a player’s nerves, took his medicine on occasion and tempered his talents in other moments.

Pop psychology suggests the downwind leg of the 116th U.S. Open will be the toughest for Johnson, with last year’s letdown at Chambers Bay still etched into his subconscious.

Grand Slam scar tissue doesn’t come with a shelf life and there’s no accounting for the psychological impact of opportunities lost, but then, that kind of mental mumbo jumbo doesn’t seem to apply to Johnson.

All 6-foot-4, 190-pounds of muscle, Johnson seems carved from Teflon, whether those watching from afar want to believe it or not. He’s no more concerned with the last U.S. Open than he is his last meal.

If one can only have painful association with memories, what’s the point?

Instead, he’s spent the weeks leading up to Oakmont focusing on the things he can control, like that ballistic swing and a short game that is better, at least this week, than he gets credit for.

Winning majors is often associated with heroic play, bold shots at crucial moments. But just as many times success it is the byproduct of persistence and timing.

“Tiger [Woods] told Adam Scott once, ‘The most fun is when they give it to you and you don’t have to play that well,’” Harmon said. “He told him, ‘You just have to learn how to hang around.’”

Even this week’s upended schedule caused by Thursday’s delays seemed to work in Johnson’s favor. One of the PGA Tour’s most athletic and fit players went 36 holes on Friday without breaking a sweet or any competitive China.

“This is perfect for him,” said one member of Johnson’s inner circle before his man set out for his second round.

Although he wasn’t spotless in his afternoon round, ending a streak of 27 holes without a bogey with his first miscue of the week at the first (he started on No. 10).

But he scrambled for par at the second hole from 8 feet to keep his momentum from turning, and at 7:55 p.m. ET, Johnson took a share of the lead with a 12-footer at the sixth hole.

Whether he’s in the same position 48 hours from now won’t depend on that nuclear driver or his ability to keep the demons of previous major misses at bay. The crucial component will likely be his ability to adhere to a routinely conservative game plan and the hands of fate, which dealt a wet nod in his direction on Thursday.

The most imposing also-ran in major championship golf has a lot of things going for him this week, but maybe Mother Nature just didn’t want to leave anything to chance.