DJ hopes to return to winning ways after injury 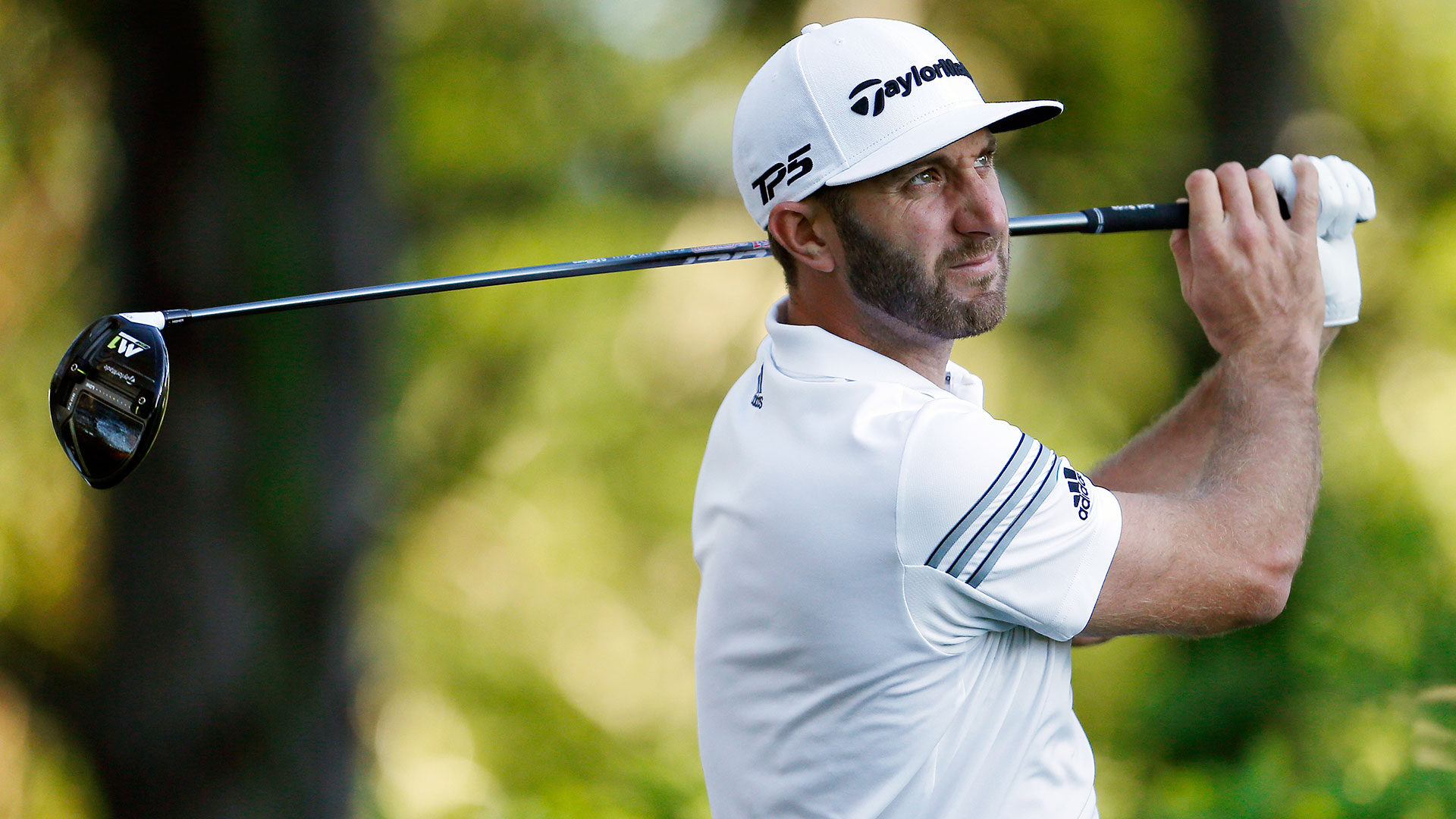 WILMINGTON, N.C. – This wasn’t the first time Dustin Johnson found himself on the disabled list. Nor was it his first dance with a competitive hiatus and the uncertainty of injury.

DJ missed the Masters in 2012 with a back injury he said he sustained while lifting a Jet Ski. All total, Johnson was off the shelf for nearly three months for that ailment, so the back injury that forced him to miss this year’s Masters should be easy to recover from by comparison, right?

But that logic ignores the 6-foot-4, 190-pound elephant in the room.

When Johnson walked off the putting green on Thursday at Augusta National last month he was the consensus man to beat after taking over the top spot in the Official World Golf Ranking with his victory at Riviera. He’d won his previous three starts, including a pair of World Golf Championships with a Genesis Open high card.

He led the PGA Tour in every statistical category that matters, from driving distance to greens in regulation, and had become the kind of player others had started to eye wearily every time his name found its way on a leaderboard.

“Those kind of runs are more like what we saw from Tiger for so many years where he just continued to perform at a high level every time he pegged it up,” Adam Scott said on Wednesday at the Wells Fargo Championship.

That’s not old, not in golf years, particularly when Johnson has the physical prowess of a NFL cornerback. But when he slipped walking down the stairs of his rental house on the eve of the year’s first major it was more than his lower back that took a hit.

Although Johnson – who is making his first start this week since taking that tumble – is normally not one for esoteric thoughts, there were hints on Wednesday when he spoke at Eagle Point Golf Club that this most recent setback had a psychological toll.

“I was on a good roll, playing the best golf of my career leading into Augusta,” Johnson said. “I've had a lot more time off than I would have liked to have had. Still feel like I'm swinging really well, hit a few good shots out there today, but we'll just have to see.”

For some the hardest part of expectations is trying to measure up to the external, and often unrealistic, pressures. For DJ, it was not getting the chance to prove he was worthy of all the acclaim that was the hardest part.

He’d been a player with untold potential for over a decade, but his victory last year at the U.S. Open seemed to brush away all of those missed opportunities. As he turned onto Magnolia Lane last month there was a unmistakable sense of confidence.

With a single step that unstoppable train took an unexpected detour.

Despite that disappointment, it doesn’t appear as if doubt, which has never been a part of DJ’s DNA, will play a role in his return.

He admitted that there were a few dark moments as he watched the closing drama last month at the Masters, but few, if any, are able to compartmentalize like Johnson.

“It just happens. Crazy things happen,” he said. “The only time it was maybe tough was just watching the tournament, but after watching it after Sunday, it's been fine.”

Johnson said he didn’t feel entirely comfortable with his swing until last Friday and needed the better part of three weeks before he was able to train and practice like he wanted.

Claude Harmon III – who works with Johnson between sessions with his father, Butch – spent last Friday with DJ at the Floridian in south Florida practicing and playing nine holes.

“He looks good, pretty much normal. His speed looks almost 100 percent,” Harmon said. “He joked and said he is still going for four in a row, so I like the way he’s thinking.”

There’s no reason to think Johnson can’t pick up where he left off, but previous form and current fortune are often mutually exclusive.

Johnson’s WD at the Masters marked the sixth time the world No. 1 has missed a major and historically the “next start” is a mixed bag. Greg Norman posted the only top-10 (T-9 at the PGA Championship) after missing the 1988 Open.

Johnson would have history on his side here, having won his second start back in ’12 (FedEx St. Jude Classic) after injuring his back and few would consider one of the game’s most fit players a physical liability regardless of his health status.

“I expect to play well. I feel like I haven't practiced much, but I've practiced enough to compete,” Johnson said.

This most recent brush with mortality was different than past experiences. This time, the stakes and expectations, both internally and otherwise, were higher; but for Johnson only the calendar has changed.