DMDs unlikely to speed up play on Tour 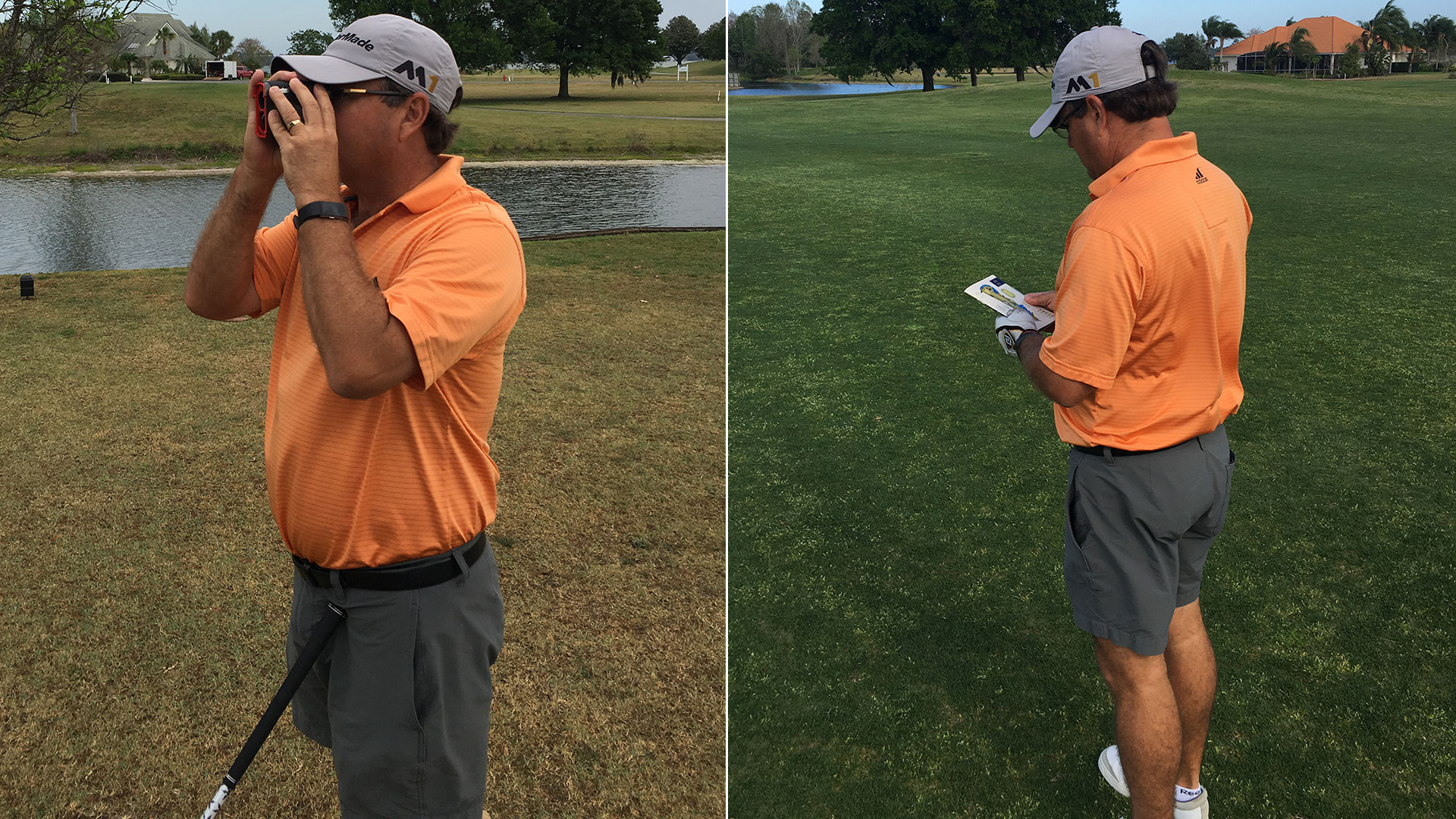 Among the litany of rule changes proposed earlier this month by the USGA and R&A, a sweeping list billed as a modernization of the Rules of Golf, there was one that stood out among the play-for-pay types.

Although professionals will likely embrace many of the changes as enthusiastically as anyone considering that a simplified set of rules is good for their livelihoods, it was a change to Rule 4.3 that governs the use of distance measuring devices that created a lion’s share of the conversation.

The USGA’s official stance on the possible change that would allow players to use DMDs during tournament rounds is that “distance is public information a player may get from anyone” and that judging distances isn’t “one of the decisions that the rules expect players to make using only their own skill and judgment.”

But whenever the proposed change is brought up on the PGA Tour the conversation turns to pace of play – although, to be fair, players will use almost any topic to complain about slow play – and how the use of DMDs could speed things up.

“No chance,” Steve Flesch said when asked if DMDs could help the pace of play on Tour. “Guys need more specific information than just the pin number. They need information of everything around the flag, like bunker carries, front, back, ridges. Rarely do guys fly it exactly hole high unless it’s soft.”

Brandt Snedeker had a different take.

“I hope they allow [DMDs on Tour]. It’s certainly not going to slow things down,” Snedeker said. “Guys will still use yardage books and do the work, but when you get those weird numbers and you hit one off the planet and can’t find a number it could make a huge difference.”

As surreal as the sight of Rory McIlroy standing on the 17th tee of East Lake shooting the pin with a range finder late on Sunday may seem, the Tour seemed to warm to the idea this week when the circuit announced it will allow DMDs at select events this year on the Web.com Tour, PGA Tour Canada and PGA Tour Latinoamérica.

This dry run is particularly interesting considering that any potential changes to the Rules of Golf wouldn’t begin until 2019.

To that end, your scribe attempted a similar experiment, measuring the amount of time it took to play nine holes using a yardage book compared with the same nine-hole loop using only a DMD.

Gavin Coles, a five-year Tour veteran who could best be described as an aggressively fast player, agreed to participate in the experiment at Deer Island Country Club in Tavares, Fla., a 7,029-yard, par-72 layout using the latest in DMD technology (Bushnell’s model Pro X2).

Using the DMD, Coles averaged 47.27 seconds per shot and played nine holes in 63 minutes (did we mention he’s an aggressively fast player?). He was slightly faster using only a yardage book, averaging 46.58 seconds per shot and needing just 54 minutes to complete the same loop.

Course conditions, style of play and situational realities – let’s face it, playing nine holes on a random Friday isn’t exactly the same as trying to make the cut at a Tour event – all vary from round to round, but the notion that DMDs will help with the Tour’s languid pace of play seems misguided, at best.

There are certain situations when a DMD will undoubtedly help speed things up, such as when a player hits a shot far outside the normal playing corridors and finding a yardage often requires pacing off the distance.

The use of a DMD’s slope function, which gives the adjusted yardage based on elevation changes, also would help move things along, but according to the USGA that technology would not be allowed under the proposed change.

Instead, many players and long-time observers contend that DMDs will only add another layer to what is already a busy process.

“Caddies will still use yardage books for all that, then check with a laser, too. Will take a hair more time [to play with a DMD],” Flesch contended.

College players have been allowed to use DMDs at tournaments for years and Flesch’s idea that players will use both range finders and yardage books seems to have merit.

John Fields, director of the men’s golf program at the University of Texas, said allowing the use of DMDs on Tour wouldn’t have any impact on pace of play, but the process at the college level does give a glimpse into what it could be like at the game’s highest level if DMDs were allowed.

“A player will shoot it [with a DMD] and I’m there with a yardage book, he’ll shoot and say it’s 118 [yards] to the flag and then I’ll check, your carry number over that bunker is 112 and the front of the green is 109, something like that,” Fields explained. “I’m doing everything a caddie would be doing. That happens super quick and it’s not a big deal.”

Where it could become a big deal is in the event of conflicting information, like during the experiment round with Coles.

The distance to the ninth hole from the fairway using a yardage book was 187 yards, but according to the DMD he was 183 yards from the hole, which normally wouldn’t be an issue for most amateurs, but for professionals playing for millions it’s a reason to take a moment and assure the math is correct.

The real test will occur next month when the first of three events on the PGA Tour Latinoamérica (Costa Rica Classic) will allow the use of DMDs during tournament rounds.

Studies have shown that for the vast majority of recreational golfers DMDs can help with pace of play. At the game’s highest levels, however, more information may not be a good thing.