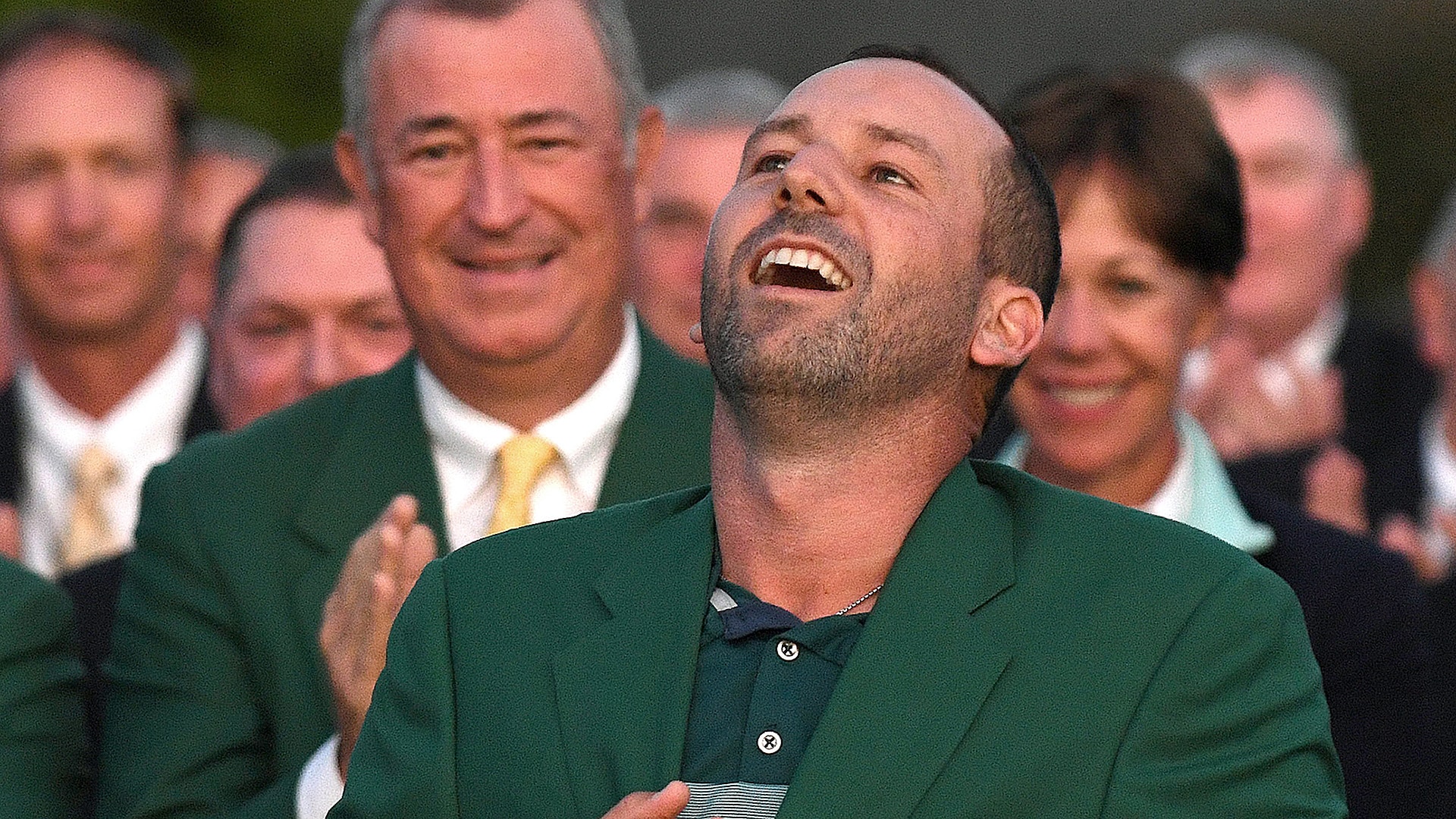 AUGUSTA, Ga. – Deep into the back nine on Sunday at the 1999 PGA Championship, Sergio Garcia charged in a long birdie putt at the par-3 13th hole and cast his young eyes in the direction of Tiger Woods.

“I was kind of telling him: If you want to win, you have to play well,” the then-19-year-old said of his mischievous glare in ’99 at Medinah, an event that doubled as his competitive cotillion.

Without the weight of 74 major starts hanging heavy on his shoulders, Garcia was precocious and unapologetic. The perfectly timed lag in his swing was matched only by a larger-than-life persona that had so much promise. Tiger vs. El Nino, El Nino vs. Tiger – it was the kind of prelude that gets folks thinking about a decade-long rivalry.

It’s been 18 years since that sunny afternoon outside of Chicago, and as is normally the case, hindsight can be a cruel companion.

Woods went on to win a dozen more majors after that shootout, while Garcia’s Grand Slam resume was best described as a major disappointment.

He’d finished in the top 10 at a major 22 times, including four runner-up finishes, most recently at the 2014 Open. Even his most optimistic fans had found it increasingly difficult to believe his time would come.

Even when he began Sunday’s final round at the Masters tied for the lead with Justin Rose, even when he found himself three strokes clear of the Englishman through five holes, there was too much scar tissue to think this story would have a happy ending.

When things started to go sideways after the turn there was no surprise, not if you’re being honest. He’d found so many ways to lose, why would this moment be any different?

There were no “Spieth” moments for Garcia. He didn’t dump two into the creek at the 12th or spin a wedge into a hazard at No. 15. The Band-Aid appeared to be coming off slowly, painfully.

A shaky drive at the 10th hole and an approach that found the bushes led to his first bogey of the day; another drive left at No. 11 settled behind a towering Georgia pine, but there was no Medinah-like miracle this time, just a spray of pine needles and another bogey to fall two strokes behind Rose. Just like that, he went from three strokes clear to two back in six holes.

For three days Garcia played with one arm in a green jacket. As he limped his way through Amen Corner he looked like a man in a straitjacket.

The turning point came just as he appeared to have hit rock bottom. After he pulled his tee shot left of the creek at the 13th hole and took a drop his title chances appeared predetermined. But unlike all of those times when things got away from him in the past, Garcia didn’t quit, he didn’t give up or curse fate for turning its back on him.

“Even on 13, I didn't hit that bad a drive. In the past, I would have started telling my caddie, ‘Oh, why doesn't it go through,’” Garcia said. “But I was like, well, if that's what is supposed to happen, let it happen. Let's try to make a great 5 here and see if we can put on a hell of a finish to have a chance.”

On the eve of the final round, Garcia spoke of the need for fortune’s intervention. After keeping such esoteric thoughts at arm’s length for much of his career, age has softened the Spaniard and brought an appreciation for the things he can’t control.

That’s in dramatic contrast to the man who in 2012 after finishing tied for 12th at Augusta National famously figured, “I'm not good enough. ... I don't have the thing I need to have. In 13 years I've come to the conclusion that I need to play for second or third place.”

But this year was different. This year there was a freedom that the golf world hasn’t seen in some time. It was there from the opening tee shot and following a second-round 69 when he talked of balance and a life that is no longer defined by birdies and bogeys.

For so long the golf gods had vied against him, but on Sunday with a renewed clarity of thought he endured the slings and arrows of fortune like a man who finally understood that luck favors the prepared.

“A lot of things going on through my mind,” he said of the moments following his victory. “Some of the times I've had here at Augusta that maybe I haven't enjoyed as much and how stupid I really was trying to fight against something that you can't fight; and how proud I was of accepting things.”

By the time Garcia made his way to the 18th green for the second time on Sunday 18 years of futility had fallen away to reveal a man who is finally at peace in his own skin. As his 10-footer for birdie in the playoff dropped into the hole for the victory Garcia’s father, Victor, couldn’t contain himself in the normally subdued confines of the Augusta National grill room.

The reasons were obvious.

Garcia’s idol and two-time Masters champion Seve Ballesteros would have turned 60 on Sunday. Garcia played a practice round with Ballesteros in 1999 in his first trip to Augusta National and considers the late Spaniard a kindred spirit.

“Seve, Seve won this for Sergio,” gushed Victor as he fought back tears.

Perhaps it was Ballesteros who stepped in to end Garcia’s long major winter. Or perhaps after all these years El Nino finally embraced the concept that he spoke of as a 19-year-old at the ’99 PGA – “If you want to win, you have to play well.”