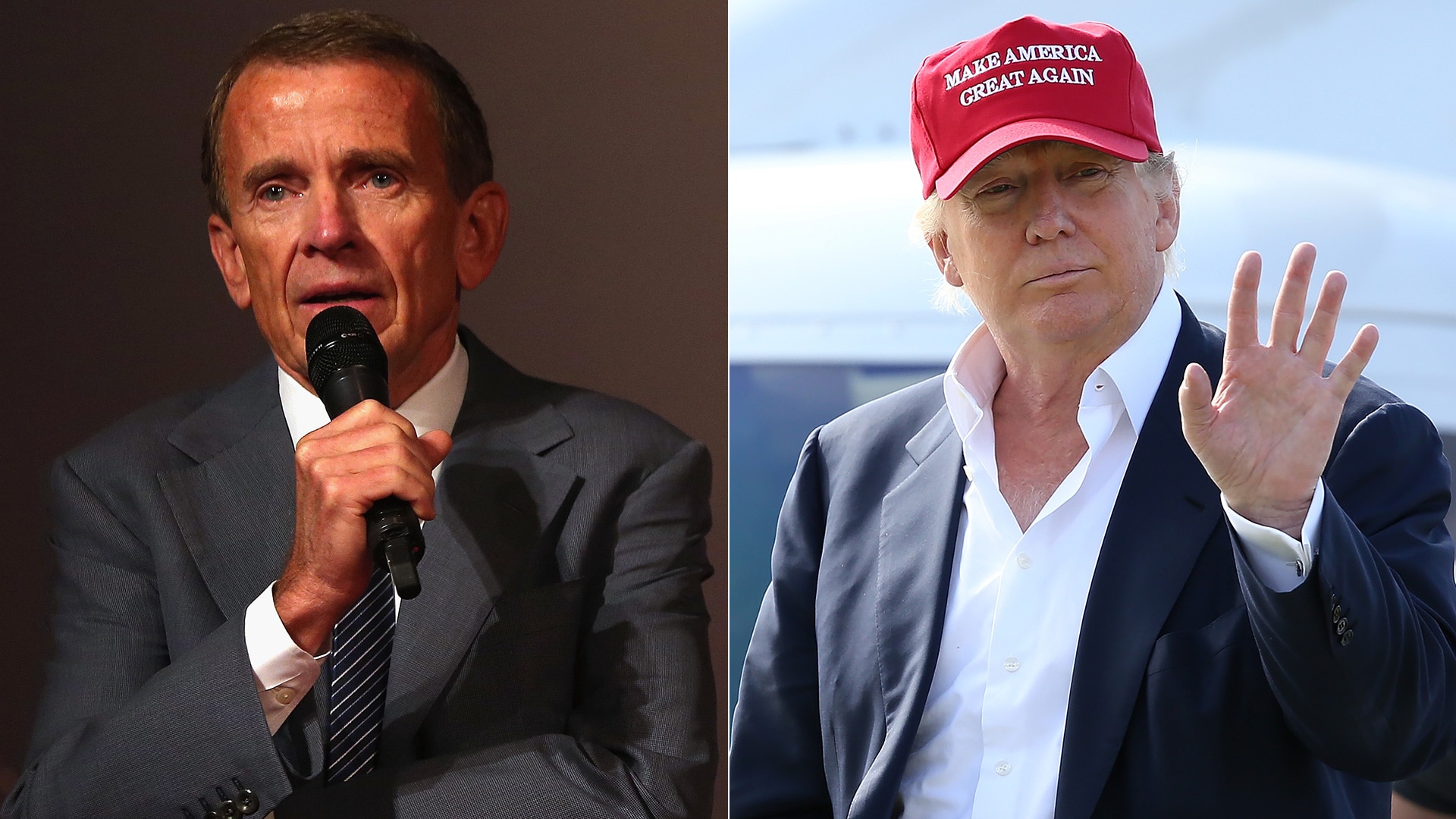 “Hopefully they don't intersect at all,” he said on Wednesday after being asked about the intersection of golf and politics. “Should be the beauty of sport.”

Scott did his part to maintain a separation of sport and state, closing with a gritty 69 for a one-stroke victory, but as a surreal Sunday unfolded it became increasingly clear that the game’s apolitical aspirations might not be possible.

With apologies to Scott and the world’s other top players, the biggest buzz last week was created when Donald Trump’s helicopter settled onto the adjacent golf course just before the final group went off on Sunday.

The GOP front-runner worked the crowd, both inside and outside the ropes. He stopped to speak with third-round leader Rory McIlroy and Dustin Johnson moments before they teed off. Trump smiled for fans and subtly reminded those in golf that you may or may not like his politics, but you do have to work with him.

McIlroy said as much on Wednesday when asked about the possibility of not playing a Tour event next year at Doral. After a thoughtful pause, the Northern Irishman showed an impressive level of political savvy.

“This time next year if [Trump] is president it would be silly for the Tour not to keep some sort of relationship with him,” McIlroy said.

PGA Tour commissioner Tim Finchem, who is no stranger to politics after working for the Jimmy Carter administration, seemed to acknowledge as much on Sunday – both in his words and his actions.

“Our relationship [with Trump] is good,” Finchem said. “We try to compartmentalize these things, but in terms of his focus on the game, on some of the facilities around the country and internationally, he brings a lot of energy to it. He's done a lot of good things.”

Following his news conference on Sunday, Finchem met with Trump at Doral to discuss the future of the south Florida stop. Cadillac’s sponsorship of the event ended last week and there were no indications the Tour was poised to name a new sponsor.

According to various reports, the Tour’s contract with Doral runs through 2023, but there is a stipulation that a new title sponsor would have the right to take the tournament elsewhere.

But then Finchem has been to the mat numerous times in his career with sponsor issues, and more often than not he finds a way to grind out a victory – much like Scott did at Doral.

For the Tour and Finchem the task at hand goes well beyond saving the circuit’s south Florida stop or even “making Doral great again,” a tongue-in-cheek line circulated by players and caddies last week.

Trump, in his not-so-subtle bombastic way, also suggested as much.

“My relationship [with golf’s ruling bodies] is very good, I’m also the front-runner [for the Republican presidential nomination],” Trump said. “Being the front-runner people like you more than if you were No. 12.”

Last year when Trump’s presidential campaign was just getting started, golf’s ruling bodies – including the PGA Tour, LPGA, PGA of America and USGA – took a stand when the businessman-turned-candidate made derogatory remarks about Mexican immigrants.

In a joint statement the governing bodies said Trump’s comments were, “inconsistent with our strong commitment to an inclusive and welcoming environment in the game of golf.”

On Sunday, however, Finchem appeared to make the distinction between distancing the game from a particular candidate and simply keeping golf outside of the political landscape.

But walking the fine line of abstract objectivity becomes more complicated for an organization like the Tour when a potential commander in chief has become such a large part of the golf universe.

“I would be very good for golf [if he were elected] because, very simply, I love the game,” Trump said. “If you had a president who didn’t like golf that would be a very different thing, but I’ve been good for golf.”

How a Trump presidency would help golf is unclear, particularly considering there is a long line of golfers who have occupied the White House.

But much like that larger-than-life helicopter that stole the spotlight on Sunday, Finchem recognized the obvious.

“For any head of state to show an interest in golf is a positive thing,” Finchem said.

Finchem may be able to remain above a contentious campaign cycle, but he understands better than most that he can’t sidestep political realty.