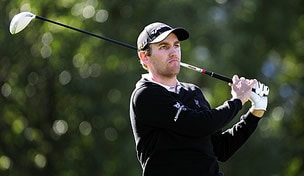 Getty Images
RAGUSA, ITALY - MARCH 18: (EDITORS NOTE: THIS IMAGE HAS BEEN CONVERTED INTO BLACK AND WHITE.) Chris Wood of England plays his tee shot on the 18th hole during the second round of the Sicilian Open at the Donnafugata golf resort and spa on March 18, 2011 in Ragusa, Italy. (Photo by Stuart Franklin/Getty Images)  -

LA QUINTA, Calif. – As freshman they gathered in the East Campus Village, thrown together by chance more so than choice. They’d compete regularly at Jennings Mill Golf Club or the University of Georgia’s own layout for a precious spot on the Bulldog travelling team.

In between they’d eat, practice and play together. Every step of the way they’d dream of NCAA championships and individual titles and, yes, even PGA Tour cards.

The Coachella Valley will never be confused for cozy Athens, Ga., but for six bone-chilling days the “Brothers Bulldog” turned this year’s PGA Tour Qualifying School Tournament into something that more resembled one of those heated qualifiers and, by and large, fulfilled that ultimate dream.

In order, former Georgia players Brendon Todd (pictured above), Brian Harman, Harris English and Kevin Kisner earned Tour cards, and even Hudson Swafford, the final member of the Bulldog five-some at Q-School who missed his card by two strokes, could appreciate the achievement.

“We had seven guys on that team that could play anywhere week to week,” Swafford said. “Our qualifiers my freshman, sophomore, junior years were as intense as any event.”

And that’s saying something considering this year’s Fall Classic was as intense as any on record. A fierce, cold wind that blew for six days only magnified the normal pressure of Q-School. Not that’s Georgia’s finest seemed to notice.

Todd took medalist honors at 17 under, Harman tied for eighth place at 13 under, Kisner was 11th two strokes back tied with English. It was all enough to soften the blow of the Bulldogs’ loss to LSU in last weekend’s SEC championship game.

“Come on man,” Harman smiled when remained of the loss. “LSU is just good. I think they should play the Packers.”

Some in the field may be thinking the same thing about the Georgia five-some. If some universities have earned the nickname “Quarterback U.,” Georgia is turning into something of a “Tour Player U.,” an accomplishment that begins and ends with head coach Chris Haack.

Before Monday’s final round Haack had eight former players with varying degrees of Tour status, not to mention two NCAA championships. Not bad for a coach that took over the program in 1996 and a testament to a recruiting style that has a simple philosophy.

“I always like finding guys that are players,” Haack said. “I don’t really look at golf swing or technique. I just want that ‘it’ factor.”

To his players Haack was a “player’s coach,” much more interested in course time then range time and the team’s qualifying tournaments were heated clashes between some of college golf’s best.

Kisner recalled a cold December morning when Haack marched into the team room and instructed his squad to suit up. In a freezing rain he informed them, “If you break 40 (on the front nine) you can come in.” Two posted 39 and retreated to the clubhouse. The rest kept going, at least until Haack relented and drove his car out onto the course to retrieve them.

“He didn’t care if you were out there working on your swing every day,” Kisner said. “He just wanted the guy who got the ball in the hole the fastest.”

The quintessential example of this power through practice philosophy came at the 2009 NCAA Championship when Harman outdueled Tour staple Rickie Fowler down the stretch, closing with three consecutive birdies to win his match.

“There was always a lot of competition, a lot of head-to-head stuff,” Haack said. “What they are going through right now it’s nothing new. We did this in every qualifying round.”

The camaraderie and competition uniquely prepared the Georgia five for the rigors of Q-School and beyond.

The group stayed together at Q-School. English shared a house with Harmon, Swafford roomed with Todd. They had dinner every night, suffered through the SEC loss and even passed along advice and encouragement.

“To be smart you can never stop learning,” Harman said. “And Harris has such a great demeanor on the golf course and that’s something I haven’t been good at in my career.”

As Monday’s fury faded to dusk, all five Bulldogs gathered around the scoring trailer, trading hugs and laughs. Even Chris Kirk, a former Dawg and Tour winner in town for a photo shoot, was there for his teammates.

“All these guys are used to being around each other,” Haack said. “One of the things about our program it was kind of their fraternity. The golf team was there fraternity.”

Now the PGA Tour is their fraternity.

There was talk late Monday that Haack would join the team for the post-Q-School celebration, but the coach was attending a golf coaches convention in Las Vegas and suggested his crew would have a better time with him in Sin City.

“I bet Haack is throwing money all over the place in Vegas,” Kisner laughed.

Why wouldn’t he? After going 4-for-5 at golf’s greatest gamble even the capriciousness of Vegas must feel like a sure thing. 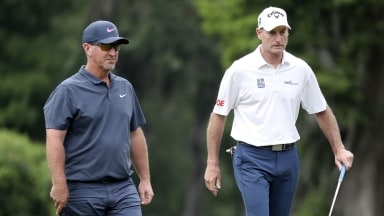 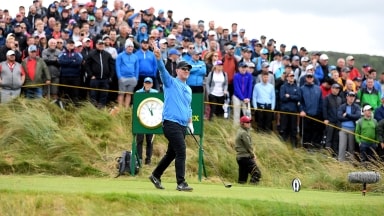