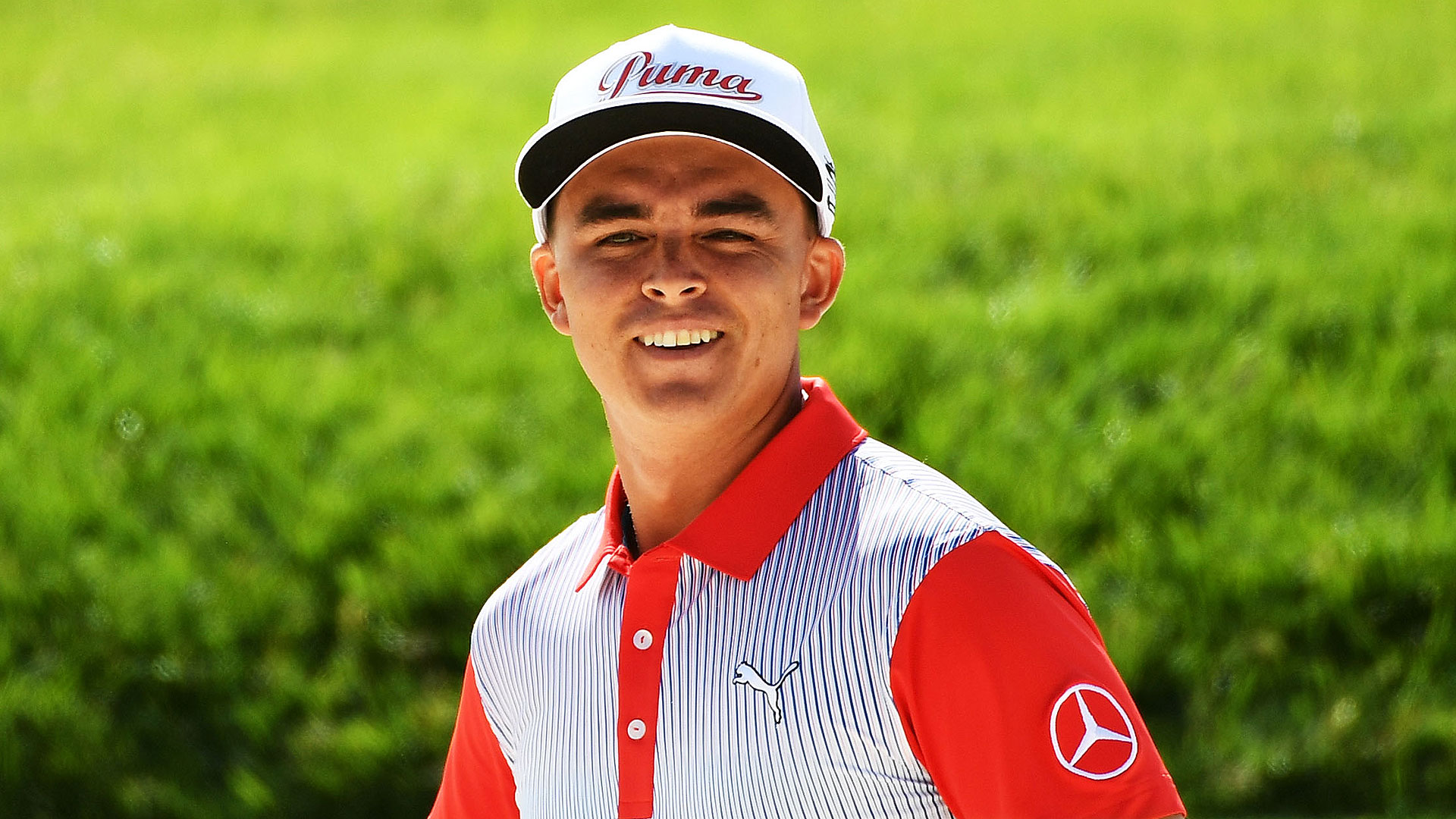 It wasn’t the first time Rickie Fowler has uttered those words, or something of the like. He’s come close, had his chances, bided his time and considers Oakmont, site of this week’s 116th U.S. Open, as good a place as any to join the Grand Slam gang.

“If I put the last two years together, that would equal a major this year, but they don't come that easy,” he said on Tuesday. “We've got some work to do, and I’m looking forward to chasing those guys down.”

The relaxed millennial has never lacked for confidence or cachet. A star long before he won his first PGA Tour title in 2012, the poster child for the next generation has taken a decidedly long view when it comes to his climb to the top of golf’s marquee.

At fifth in the Official World Golf Ranking, he’d fit neatly into what’s turning into the U.S. Wide Open, yet some savvy observers have dismissed Fowler’s chances this week based largely on recent form.

2016 began as a typical Rickie Fowler year – fifth at the Hyundai Tournament of Champions, a Sunday duel with Hideki Matsuyama at TPC Scottsdale where he lost in a playoff and a victory against a sneaky deep field in Abu Dhabi that included Rory McIlroy and Jordan Spieth.

Things started to go decidedly the other way as spring slowly turned to summer. In his last seven starts he has just a single top-10 finish and missed his last two cuts coming into the U.S. Open.

“The only reason that I've struggled a little bit here and there is just because I've been a little bit frustrated with the putting, and that can sometimes leak over into driving the ball and then hitting a good shot into the green,” Fowler said.

“If you look at his stats this year they are the best they’ve ever been, for greens in regulation and driving it in play. He’s just putted poorly, which is unusual for him,” Harmon said.

Fowler has improved in every major ball-striking category since last year when he won three times around the world, including a jump from 106th in greens in regulation to third this season.

But those clutch putts that lifted him to top-5 finishes in every major in 2014 have largely been missing. It was most glaring last month at the Wells Fargo Championship when he began the final round with a one-stroke lead but closed with a 74 to finish tied for fourth place.

Despite his recent play, it should be no surprise that both Fowler and Harmon remained optimistic about Fowler’s chances this week.

“This type of course plays into Rickie’s type of playing because he is creative,” Harmon said. “He likes the course. He’s ready but this is a funny course. You have to play the angles, know where to drive it and how it slopes. It takes a lot of learning how to play it.”

Harmon said Oakmont reminds him of Augusta National in the sense that good shots often need to be played away from pins and you’re much better off being 20 feet below the hole than you are being 10 feet above it.

There is also some solace for Fowler this week that great putters don’t necessarily have an overwhelming advantage on the brutish golf course. In short, Oakmont is the great equalizer for average putters because birdie attempts will be few and lag putting is a much more realistic goal.

Instead, whoever finds themselves in contention on Sunday will have to do so based on their ability to avoid the lush rough and oddly fluffy bunkers.

“If you don’t put the ball in the fairway you not only won’t have a chance to contend, you won’t be here on the weekend,” said Harmon in his signature blunt style.

It’s a lesson Fowler has taken to heart this week, with player and swing coach plotting a course around Oakmont that is as detailed as it is exacting.

Playing below the hole and focusing on the proper angles to approach the relatively large, at least by U.S. Open standards, green complexes is the plan ever since Fowler saw the course a few weeks ago during a scouting trip.

He arrived early for this week’s championship and, according to Harmon, believes Oakmont to be a perfect fit for his game.

“This golf course tee to green is really where you can put yourself in good and safe positions where you're not struggling to make pars,” said Fowler before adding, “I don't think you can play enough rounds here to really know it.”

Fowler is keenly aware of the hole in his resume and the combination of patience and precision that will be required to make Oakmont the site of his breakthrough. He’s also aware, more than anyone else, of his own skill set and his dedication to his craft.

It might not be this week, but Fowler has no doubt that his major will come.