With game trending longer, Donald could be last of his kind 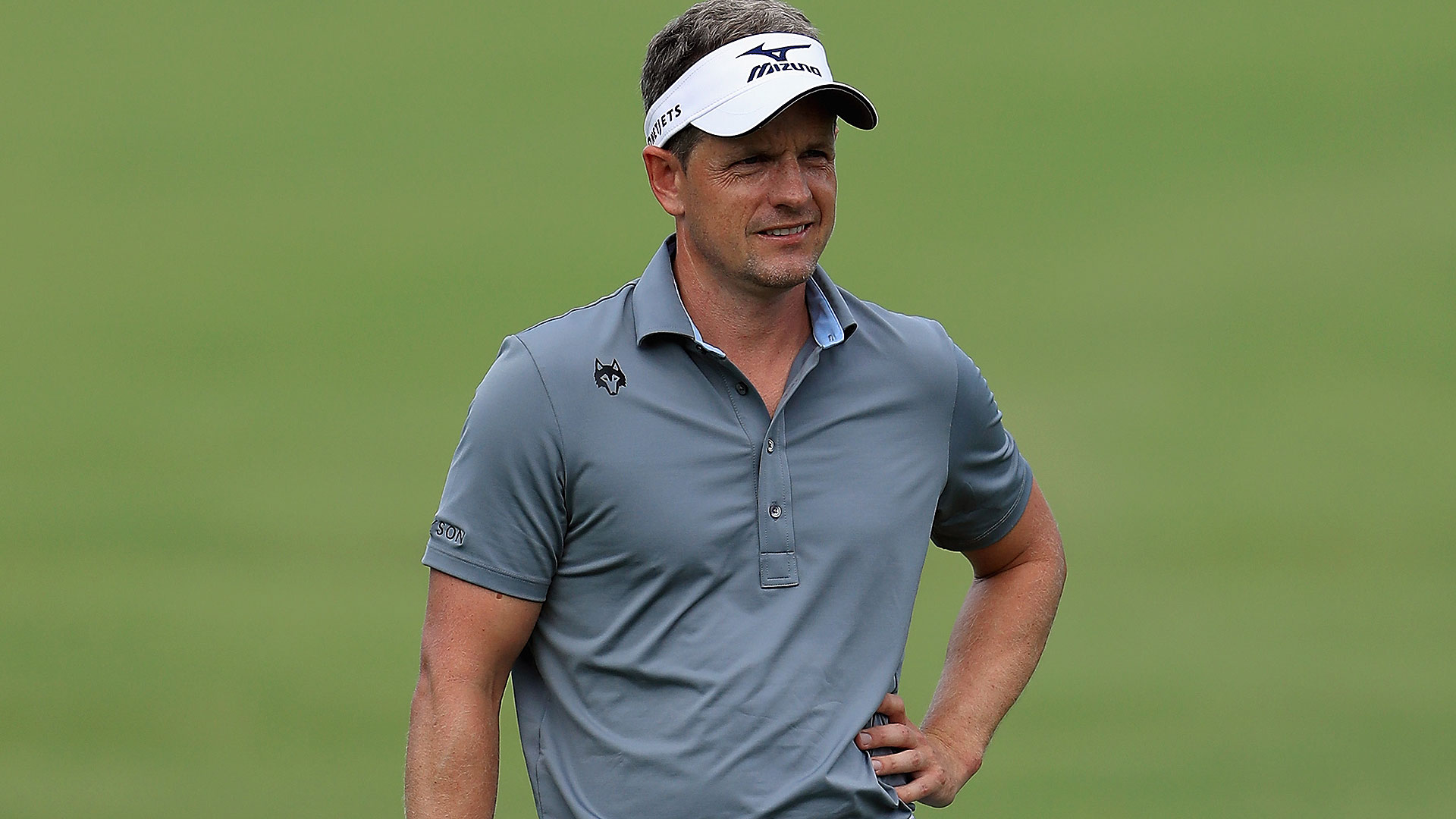 Although he doesn’t look the part of an athletic anomaly, Luke Donald may end up being his generation’s unicorn.

At 5-foot-9, 165-pounds, the Englishman could generously be considered a mid-length player on the PGA Tour. Some may even say a short hitter.

“Average [hitter],” he smiled when asked his status among the play-for-pay set.

Either way, what Donald accomplished is nothing short of astounding. On May 29, 2011, he ascended to No. 1 in the World Golf Ranking. All total, he spent 56 weeks atop the world heap, which is well short of Tiger Woods’ 683 weeks as No. 1.

Donald may well be the last of his kind, a short/mid-length hitter who consistently found a way to beat the best.

“No,” Russell Knox shrugged when asked if it could happen again. “I think I’m really good at golf and I hate to limit myself and say I couldn’t be No. 1 in the world, but the ball and the clubs just go so straight now I feel like everyone has gained from it but the guys who hit it further and the courses are so long now and the greens are firmer and faster, it’s such a massive advantage to be 320 [yards] plus off the tee.”

Defining exactly what qualifies a player as a short/mid-length hitter may be up for debate, but there’s no uncertainty as to where these outliers now stand on the world scale.

Consider Knox, who won twice on Tour in 2016 including a signature victory over a world-class field at the WGC-HSBC Champions, as the voice of reason. His victory at the ’16 Travelers Championship moved him to 18th in the world rankings. He’s never been any higher despite one of the most consistent games on Tour.

It’s not as though the likes of Donald and Knox don’t aspire to such lofty positions ... they’re just realistic.

“You look at the guys in the top 10, there’s not too many of them [mid-length],” Donald said. “It makes me proud of what I did. I did it at a time when not too many thought I could have done it.”

To prove the point, look no further than the current Official World Golf Ranking which is a new age Murderer’s Row, with Dustin Johnson, Jon Rahm, Jordan Spieth, Justin Thomas and Justin Rose rounding out the top 5. Only Spieth (75th) ranks outside the top 35 in driving distance.

It’s become a popular notion that Speith is a mid-length hitter on Tour, but the statistics show he’s more upper-middle class off the tee. The average drive on Tour last year was 292 yards, which would technically make Spieth (295-yard average) above average.

“I’d say 180th [in driving distance] is on the shorter end and 100th is mid-length,” estimated Zach Johnson, who like Donald has defied convention his entire career.

The more intriguing numbers, at least for Donald, come down to simple math. When he moved to world No. 1 in 2011, he was picking up 2.27 strokes per round on the field, which is a combination of the various strokes-gained statistics. It’s the secret sauce, at least that’s what Donald and Mark Broadie, a professor at Columbia Business School who helped the Tour create the strokes-gained concept, concluded.

“The magic formula is you have to gain two strokes on the field per round,” Donald explained. “I’m losing 1 1/2 [strokes] off the tee if I’m not hitting it 300 [yards] all the time or hitting it straight, so I have to find 3 1/2 [strokes] in the rest of my game, which is almost impossible. That’s what it was when I was No. 1.”

Simply put, without the benefit of 320-yard drives, every other aspect of a player’s game must be nearly flawless for a sustained period of time.

This reality is compounded by golf course set-up that caters to the long-driving set, particularly at major championships where players generally make up the most ground in the world rankings.

That doesn’t necessarily mean long golf courses as much as it means layouts that reward length disproportionate to other aspects of a player’s game.

“The shorter hitters need courses with more rough, even a course like Torrey Pines, it’s not a bad course for a medium or shorter hitter. You have to be in the fairway even if it’s 7,500 yards,” Knox said. “But if you get a 7,500-yard course with little rough, a short hitter has no chance.”

At venues like Waialae Country Club, site of last month’s Sony Open, and Harbour Town Golf Links, which hosts the RBC Heritage in April, the short/mid-length players can compete, but those types of ballparks are becoming increasingly rare at the highest level.

Instead, the Tour offers a steady diet of courses like the 7,452-yard Plantation Course at Kapalua, where Dustin Johnson lapped the field by eight strokes last month. In fairness, the current world No. 1 also ranks eighth this season in strokes gained around-the-green, but averaging 296 yards off the tee certainly doesn’t hurt.

Sport defies absolutes and perhaps there’s a short/mid-length hitter who could follow Donald’s footsteps all the way to the top of the mountain, but even those who aspire to such greatness have a hard time seeing the way.

“No, it’s hard,” Zach Johnson figured when asked if a short/mid-length hitter could ever ascend to world No. 1. “[Donald’s] short game was sickening, in a good way, one of the best sand games I’ve ever seen, putter was pure.”

No one played “small ball” better than Donald, which makes his time atop the world so impressive, and very likely makes him the last of his kind.