Tour players' lives just as real as ours 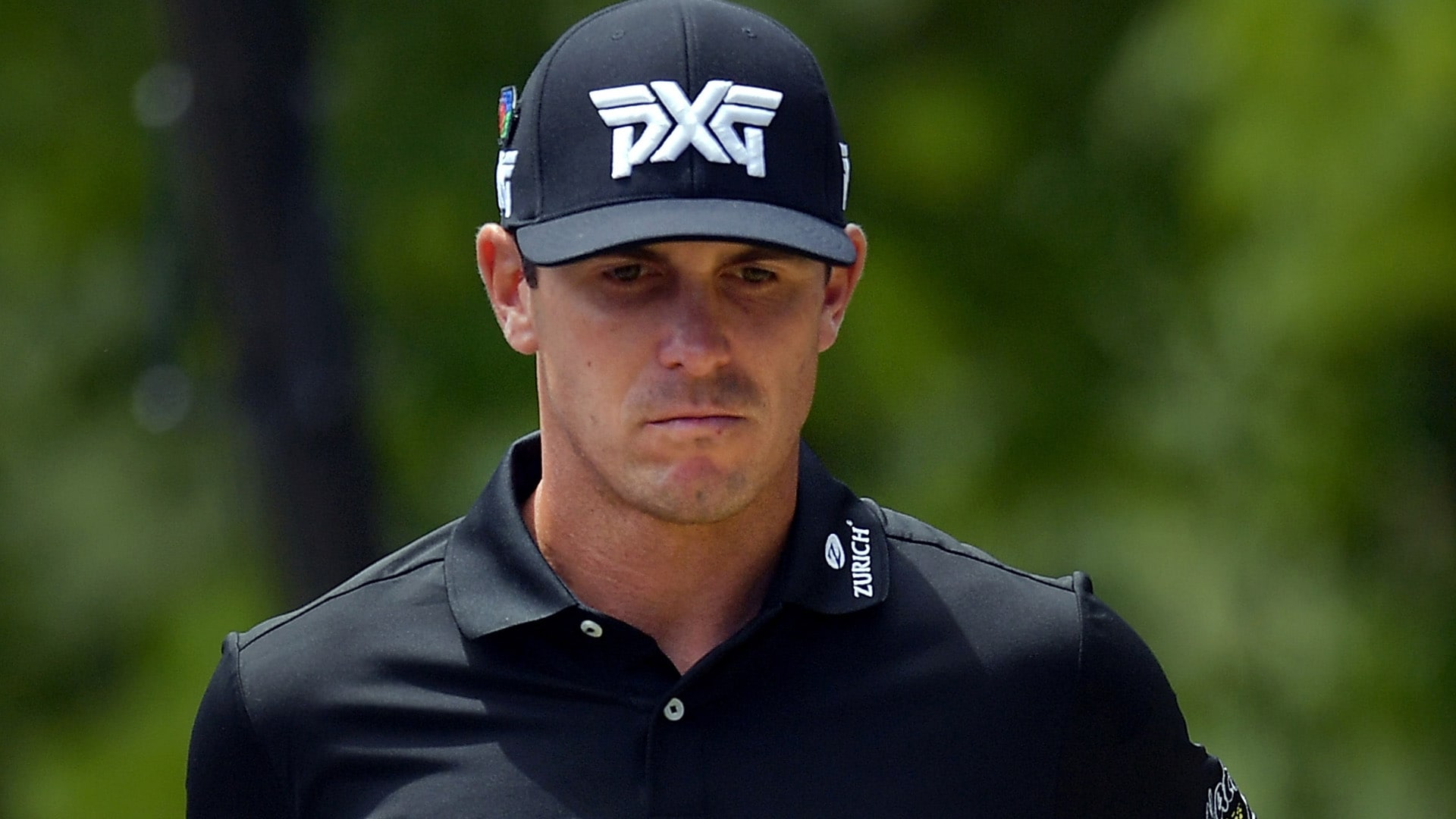 FORT WORTH, Texas – These guys don’t have bad days at the office, at least not in the traditional sense.

Sure, PGA Tour players will make bogeys, miss cuts and regularly come up short playing a game that takes far more than it ever gives, but when a play-for-pay type punches the metaphorical time clock at the end of the day they are still playing golf for a living – it’s a reality check that’s almost universally acknowledged.

But it’s because their worlds are filled with occupational rainbows and unicorns that there’s a tendency to ignore the most basic elements of human existence. Every life, even one lived between the ropes playing for millions in prize money, is filled with peaks and valleys.

As easy at it may be to overlook the obvious, life can be just a messy for a Tour player as it is for anyone else.

On Sunday following his fourth Tour victory at the AT&T Byron Nelson, Billy Horschel hinted as much, talking of “his own challenges” that made this triumph that much more special. He didn’t give any specifics. It wasn’t his place.

But less than 24 hours later while playing in a charity event, Horschel’s wife, Brittany, texted him a “statement” she wanted to post on social media.

“I called her and I said, ‘We don't need to do this.’ She said, ‘No, I'm ready. I'm ready to share our story and start helping people,’” Horschel said.

Brittany Horschel posted the statement on Twitter, explaining that she was suffering from alcoholism and spent roughly two months undergoing treatment last year at a center in south Florida.

“Billy had to take on the 100 percent responsibility of taking care of our then-1 1/2 year old daughter, moving us into our new home, competing on Tour and God only knows what else and what all went through that man’s head during that time,” Brittany Horschel wrote. “He silently battled through, with support from family and close friends, a very sad, scary and trying time.”

During the timeframe Brittany Horschel was undergoing treatment, her husband posted just a single top-10 finish on Tour and slid to 71st on the season-long points list before an August rally propelled him to the third playoff stop.

Horschel’s victory on Sunday at the Nelson was his first on Tour in more than two years, but none of that, he will tell you, had anything to do with his wife’s battle with alcoholism.

“That's not the reason why I haven't played well for the last year,” he said on Tuesday at the Dean & DeLuca Invitational. “That's not a reason at all. But it's something that's on my mind, something I think about on a constant basis.”

The way Horschel sees things, how someone deals with success isn’t nearly as telling as how they handle adversity, although for those watching from outside the fish bowl the latter more often than not gets overlooked.

Late last summer, Ryan Palmer’s wife, Jennifer, was diagnosed with stage 2 breast cancer and she had surgery six weeks later. Like it is for many, Palmer’s job became an outlet, an escape from reality, but it was always fleeting.

“I get those four, five hours of just [caddie James Edmondson] and I playing golf. I was able to spend five hours a day not thinking about anything else,” Palmer said. “That helps relieve stress and pressures, but then afterwards you get home and it’s back to reality and everything.”

According to Palmer, Jennifer is doing “great,” and is scheduled to have her chemotherapy ports removed in August. “All is good,” he smiled on Tuesday.

Palmer – who didn’t play last fall so he could be at home with his wife while see underwent therapy – was on a similar emotional rollercoaster two years ago when his father, Charles, died in a traffic accident just before the playoffs, and when he showed up at Colonial for last year’s Dean & DeLuca Invitational the loss was still weighing on him.

It’s often too easy to forget that the players who appear so in control on Sunday afternoons vying for trophies deal with the same emotions as those who watch their accomplishments.

For the likes of Horschel or Palmer, a bad day at the office may be relative compared with those who endure a more traditional workweek, but off the golf course the often-harsh realities of life are no different.

“My wife is one year sober,” said Horschel with more than a touch of pride in his voice. “The journey is not over. It'll never be over. But we're on the right path, and every day we have challenges, just like everyone else in the world. We're no different.”