If this is it for Doral, it's an all-star send-off 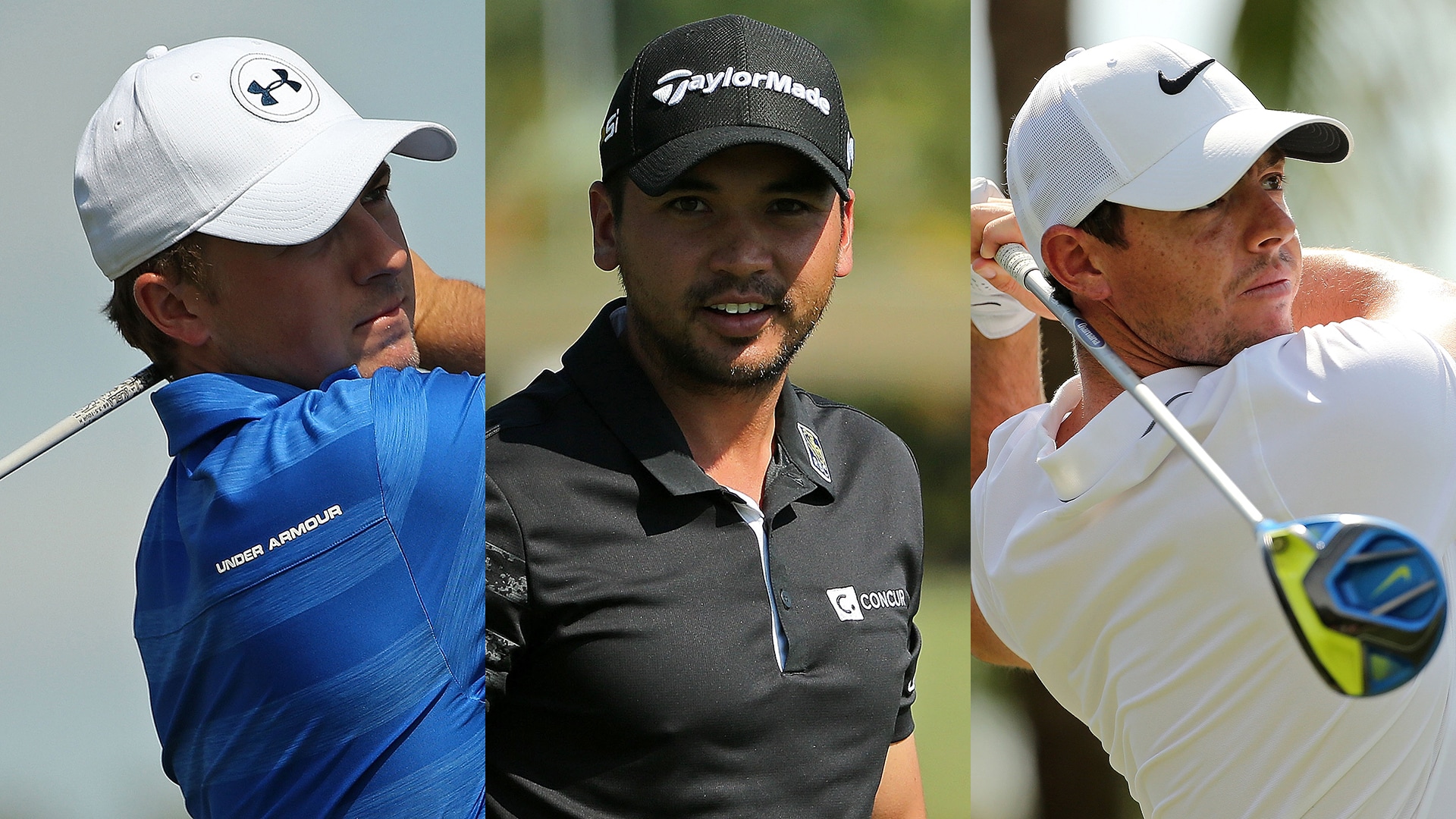 Jordan, Jason, Rory, Rickie, Bubba . . . even The Donald. Well, the potential Commander In Chief and current Candidate In Course Owner won’t show up at Doral until Sunday, but if the week goes according to script, Trump won’t be the only topic of interest when Doral hosts what could possibly be its final PGA Tour round.

“The next two days are going to be enjoyable. It will be good out there, hopefully a little bit of buzz around that group,” McIlroy said of the potential heavyweight title bout.

As compelling as that three-ball may be, it’s the undercard that makes the WGC-Cadillac Championship the year’s most anticipated event to date. While the basic narrative of Jordan, Jason and Rory remains the same, the broader ensemble has spent the last few months chipping away at the Big Three's exclusive club.

With his victory two weeks ago at Riviera, Bubba Watson reminded everyone that he might not be the most consistent player but that he is arguably the most entertaining, and his third-place showing at bomber-friendly Doral last year suggests he’s much more than a bit player in the larger scheme.

Then again, Bubba isn't interested in the added attention. He'd rather be left out of the discussion.

Of course, Watson prefaced his answer by interjecting, “It's ‘Big Four’ now because of Rickie [Fowler].”

Ladies and gentlemen, the Fab Five.

Fowler has been elbowing his way into the conversation for two years now but raised the stakes with his victory over Spieth and McIlroy in January at the Abu Dhabi HSBC Golf Championship and his runner-up showing at the Waste Management Phoenix Open last month.

Fowler has as many worldwide victories (three) as Spieth the last three months and, by his own assessment, is a major away from officially joining the game’s marketed elite.

However many more you include atop golf’s billboard depends on your point of view.

Dustin Johnson, winner of last year’s WGC at Doral, has been consistent but not clutch when he has needed to be on Sunday; his closing 69 two weeks ago at Riviera serves as his most recent crunch-time lapse.

Adam Scott has emerged from what some predicted would be a career nadir with a runner-up at the Northern Trust Open and a win at the Honda Classic.

“Sometimes when you're starting further down the list, you're more driven to kind of get back up to the top, and I'm kind of on that path again like I was maybe a few years ago,” Scott said.

However many seats there are at the big table, and however reactionary the obsessive desire to label has become, having all of the principals in the same zip code for a week is a reason to take notice.

Not that the game’s top players need extra motivation.

“I don't think any of us are buying into any added motivation or excitement based on a pairing. I don't think we would at any point,” Spieth said.

“For me personally, I would say, sure, it's going to be a lot of fun, because I enjoy playing with both of them. But I don't think anyone's buying into the Big Three, because I've spent a good amount of time on this stage saying that I don't think that's a necessary comparison when you look at the Big Three from the past.”

The members of golf’s most exclusive club seem to find incentive elsewhere.

“There's going to be a lot of people out there. I've just got to try to get in my own little world out there,” said Day, who in 16 rounds at Doral has only two rounds in the 60s. “I really want to play well this week. I don't know if it's the last -- is it the last time we're going to be playing here at Trump? I'm not sure.”

With Cadillac ending its sponsorship of the Miami stop this year, the future for Doral depends on the circuit finding a new title sponsor willing to share the spotlight with Trump – which is proving more difficult than one would think.

But if this is Doral’s exit from golf’s top stage, at least there is an all-star cast, however many may be in that group, to send it off in style.