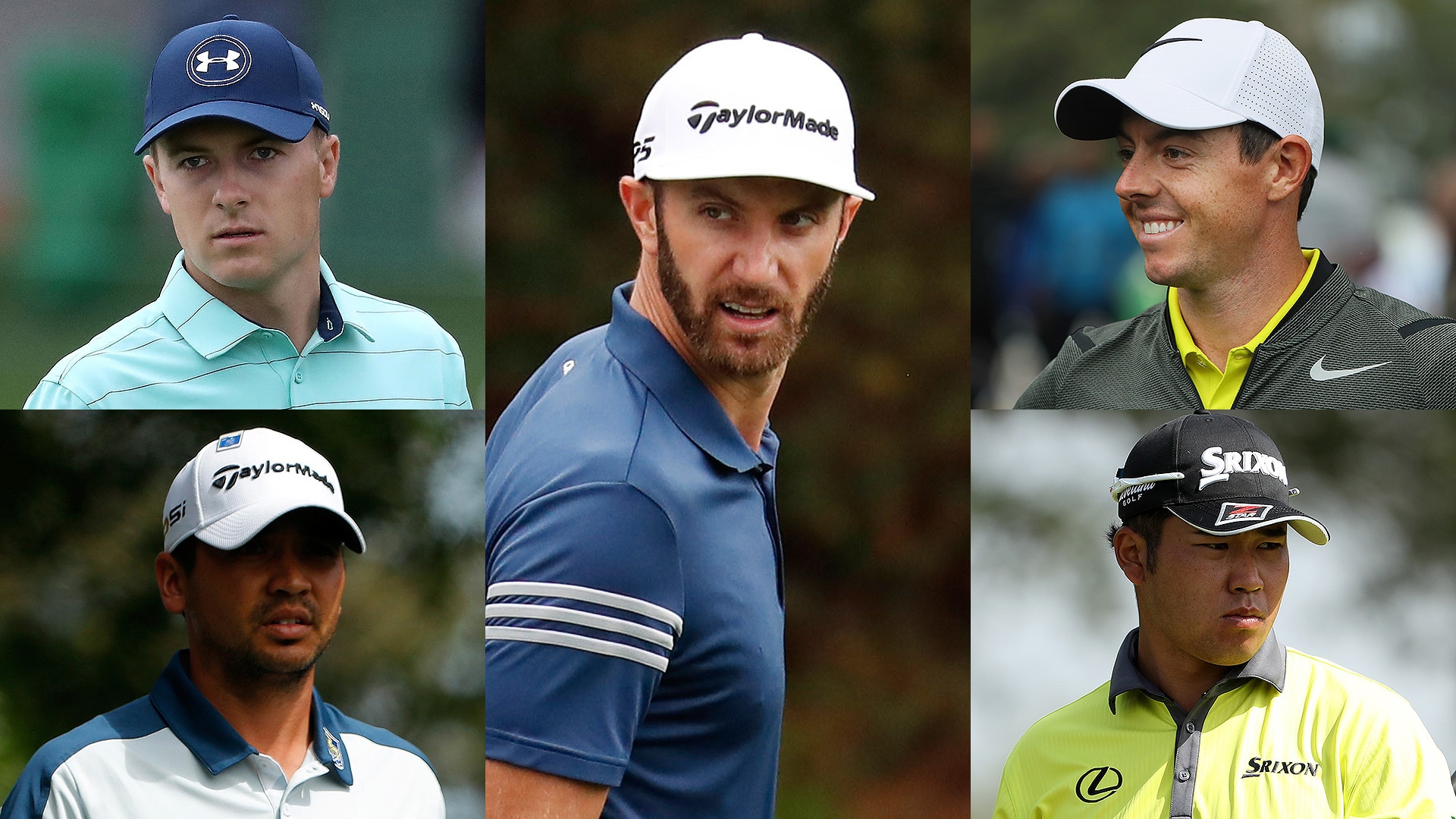 Oh, and no favorite, at least if history is any indication.

In the strangest of starts to the year’s first major, it’s the absence of so many Masters staples – from the late Arnold Palmer who will be missed on the first tee early Thursday morning to the second consecutive year without Tiger Woods, who continues to recover from what is increasingly becoming a more concerning back ailment – that has defined the proceedings at Augusta National.

The last straw came on Wednesday when a wall of thunderstorms forced officials to cancel the annual Par 3 Contest for the first time after just a few holes had been played.

Of course, those narratives will quickly give way to the competitive complexities of what is always one of the year’s most eventful tournaments. They always do.

Players will quietly mourn Palmer’s passing and lament another missed major for Woods, but attention spans have a tendency to be in direct relation to the action on the field, and if potential is any indicator this year’s edition is destined to be riddled with distraction.

It’s a conversation that begins, and very well may end, with Dustin Johnson. The bomber has won his last three starts, including a pair of World Golf Championship stops, and has evolved from an athletic curiosity into a bona fide force of nature.

“The confidence he has right now when he plays well, he’s like Tiger and no one can beat him,” said Butch Harmon, Johnson’s swing coach. “Dustin knows that.”

Johnson is first on the PGA Tour this season in strokes gained: tee-to-green, driving distance, greens in regulation and pretty much every other measure of ability. He’s confident and completely indifferent to the background noise that’s such a large part of any major, particularly this major.

He’s also the man to beat according to those in Las Vegas who determine such things, but we may want to hold off on fitting DJ for a green jacket just yet.

His record at Augusta National is decent, but not dominant. In seven trips down Magnolia Lane he finished in the top 10 just twice, albeit both of those performances came in the last two years and his tie for fourth place last year was still a distant four strokes behind eventual champion Danny Willett.

Johnson’s recent form aside, penciling him in as the undisputed favorite ignores Jordan Spieth’s body of work amid the Georgia pines. The 2015 champion has started every Sunday he’s played the Masters in the day’s anchor group and if not for a momentary lapse last year on the back nine he’d be well on his way to a closet full of green keepsakes.

For all the talk of how Spieth’s performance on the 12th hole during the final round last year - a quadruple-bogey-7 that included two shots that found the creek, may haunt him this week, his resilience is born from a resume that runs much deeper than just a pair of untimely iron shots.

“I think we know, and the other players that are playing next week know, that we strike fear in others,” Spieth said last week at the Shell Houston Open. “So that’s our idea, that’s going to be my confidence level going in, and we’ll step on the first tee ready to play.”

That Johnson’s dominance and Spieth’s ghosts have consumed the lion’s share of pre-tournament talk have in a curious way paved a more direct path for the likes of Rory McIlroy and Jason Day.

This is, after all, the only item on McIlroy’s “to do” list that remains to complete the career Grand Slam and since winning the Open in 2014 it’s been the elephant in the Augusta National clubhouse for the Northern Irishman. But this week those whispers have been downright subdued thanks to a crowded list of talking points.

“It's been a relatively quiet buildup to the Masters for me, which has been quite nice,” said McIlroy, who missed much of the early season while nursing a rib injury. “It's made for a bit of a change from the last couple of years, especially '15, coming off the back of two major wins in a row and going for the career Grand Slam.”

Day can relate to that relative obscurity. After being unseated atop the World Golf Ranking by Johnson at the Genesis Open, the Australian has been understandably distracted as his mother, Dening, continues her battle against lung cancer.

Although Day has just a single top-10 finish this season and arrived at Augusta National with admittedly less preparation, the lower expectations may actually work in his favor at an event that stands above all others on his wish list.

“I think that the biggest thing for me is that I'm really thankful just to be here,” Day said. “When you get in a situation like I am in the world rankings, you're just so used to coming here and playing Augusta National and playing on the Tour every single year. That's just your job. But I think the overall outlook on it is I'm actually thankful.”

Nor does the Johnson narrative acknowledge a central tenet of Augusta National that gives experience equal footing with form. What else could explain Bernhard Langer and Miguel Angel Jimenez, who were both well into their retirement years when they last contended at the Masters?

At 46, Phil Mickelson would qualify as an elder statesman whose window of opportunity is firmly still open, or perhaps Lee Westwood, who at 42 years old finished tied for second last year, could finally deliver on all that major promise.

Conversely, the conventional wisdom that Augusta National is no place for first-time winners (Fuzzy Zoeller was the last to win his first start in 1979) may be challenged this year considering a rookie list that includes Jon Rahm, who is already a winner this year on Tour, world No. 10 Alex Noren and European Ryder Cup star Thomas Pieters.

“It's much easier for a first-timer to win here because the greens have been so much more receptive the last seven, eight, 10 years since the course has been lengthened and the greens aren't the only defense,” Mickelson said when asked about Rahm’s chances. “What that allows you to do is miss it in a spot that normally would be bad but you can get away with it because the greens are more receptive. I think ... players who have not played here as many times are able to recover because the greens will receive shots that they didn't use to receive.”

Johnson has come by his status as Masters favorite honestly and there is no doubt he’s the man to beat. There’s no Arnie, no Tiger and no telling what’s in store over the next four days.