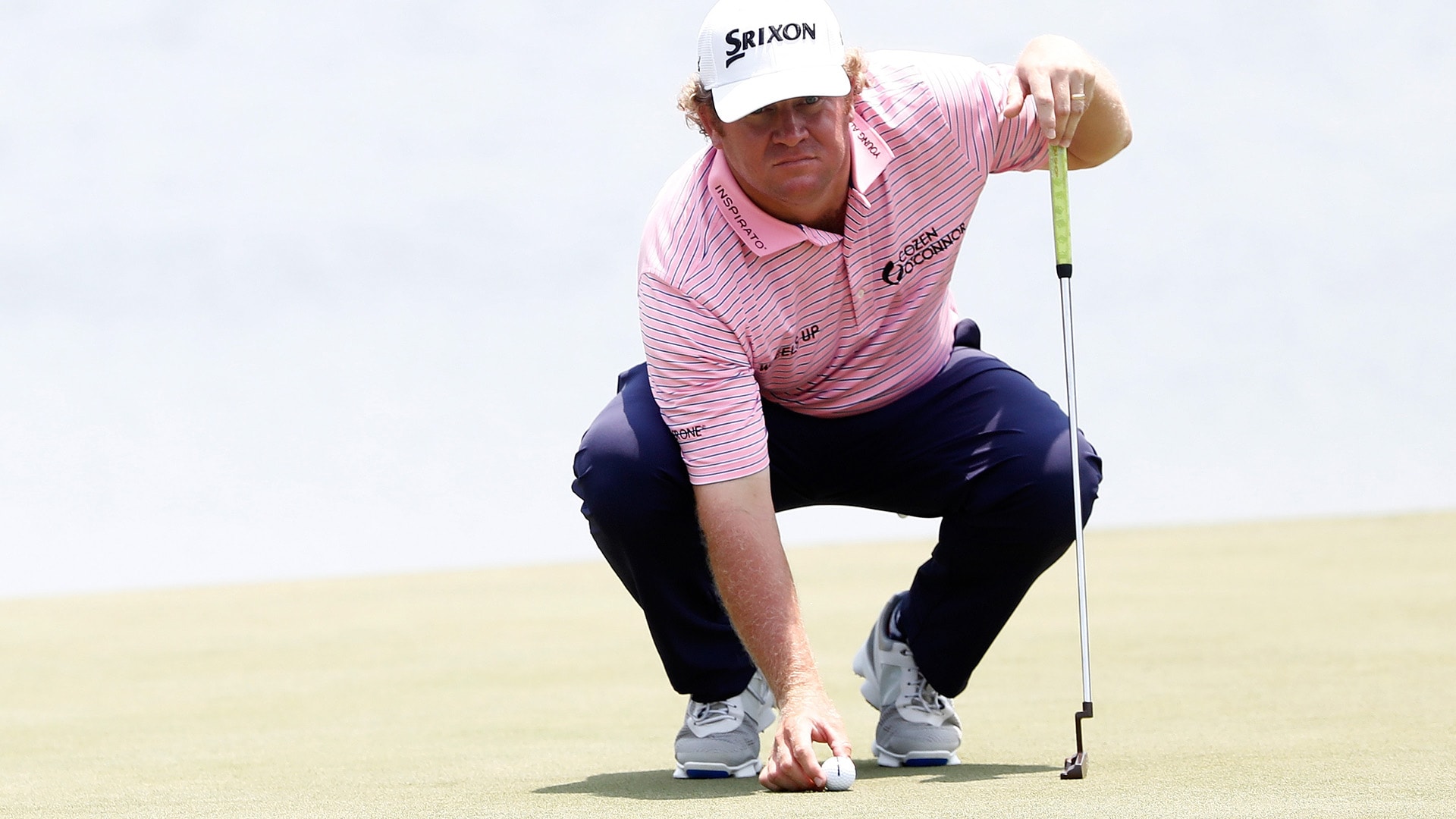 PONTE VEDRA BEACH, Fla. – On Monday night William McGirt was having dinner with his manager in the clubhouse at Muirfield Village, site of his signature, and only, PGA Tour victory last June.

“I was sitting there staring at the 18th green trying to figure out how I got that ball up and down,” said McGirt referring to his sand save at the first playoff hole to win last year’s Memorial tournament.

To those with even a passing grasp of McGirt’s path to Tour winner, the bigger question is, "How did he get here?"

The 37-year-old father of two lapses into thought when asked how many mini-tours he played on his way to the Big Leagues. There was the Gateway Tour, Tarheel Tour, U.S. Pro Tour and Carolina Mountain Tour. The Carolina Pro Tour, All-Star Tour and Hooters Tour; and, yes, those are all real things.

He’s played tournaments on courses adjacent cattle ranches and farms and once on a layout that had goats wandering about the property.

“It was nothing to go out and play a practice round before a Tarheel Tour event and have some guys that had just gotten off work playing in front of you or behind you and they would be in work boots, a wife beater, and keys dangling from the hip,” he laughed. “My kind of people, honestly.”

Nor would he trade any of it for an easier path to the PGA Tour. In this case, McGirt is truly the sum of his parts – an undersized journeyman who never let the odds or the realities of the modern professional game dictate his path.

All of that work, all of that perseverance, paid off last summer with his breakthrough victory at Muirfield Village, where he was on Tuesday for the Memorial media day. There are some who would have politely skipped that type of commitment on the eve of The Players - the Tour’s marquee event - but not McGirt.

“When [Memorial tournament executive director] Dan Sullivan, called me about going to media day up there, Dan said, ‘I know it's a big week, I know it's The Players, yada, yada, yada,’” McGirt said. “I said, ‘Dan, I waited 38 years; I'm not missing, OK.’”

In a strange way going back to Muirfield Village proved to be the perfect tune-up for this week’s event. In four starts at the event he’s sandwiched a pair of T-43s around two missed cuts and had just a single round in the 60s around TPC Sawgrass before Thursday’s outing.

With limited practice and even less sleep, McGirt played the more difficult opening nine in 3 under before hitting 3-wood onto the green at the par-5 12th and rolling in a “windmill” putt from 55 feet for eagle.

He added another eagle at the 16th hole before three-putting No. 18 to finish with a 5-under 67 and alone atop the leaderboard at golf’s “fifth major.”

What McGirt lacks in star power he easily makes up for with a folksy sensibility that defies the normal clichés that dominate the sports landscape.

When asked about his record at The Players, which has been a little mixed he quickly fired back: “A little?”

McGirt may have made his way to the show, but he’s never lost touch with all those years of toil (he joined the Tour in 2011, 10 years after leaving college). Even after what has been a seminal year he remains the same guy who once put 100,000 miles on a Honda Passport chasing his mini-tour dream.

So far in 2017 he played his first Masters in April, where he was in second place after Round 1, his first Tournament of Champions in January and advanced out of group play at the WGC-Dell Technologies Match Play in March on his way to a top-10 finish.

Back in his rough-and-tumble mini-tour days, a good week was “being able to eat somewhere other than McDonalds for dinner.”

“Every paycheck felt like it was $100,000 out there. Any time you made money, you got a check that covered what you put in and had spent, you felt great about it,” he said.

Thanks to a steady putter and signature gritty demeanor, he’s now 54 holes away from a $1.89 million payday; and maybe that’s the best measure of how far he’s come, if not how he got here.