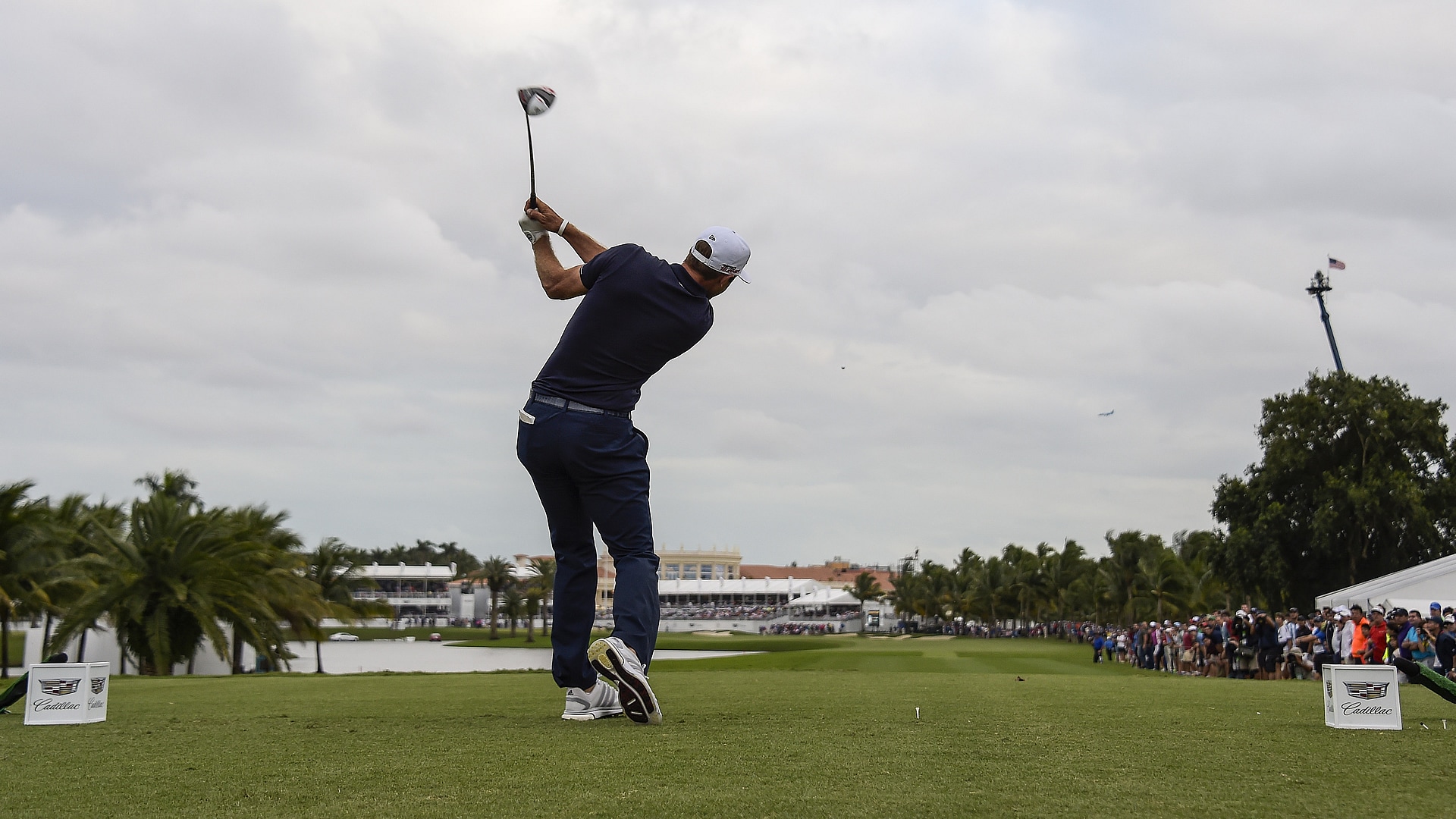 Judging the relative fairness of any golf course is difficult because, as any golf course designer will explain, not everyone loves vanilla ice cream. But when it comes to Doral and the dramatic nip/tucks the iconic South Florida layout has undergone in recent years, there is never an easy answer.

Consider that after last year’s WGC-Cadillac Championship there was plenty of debate, much of it heated, among the PGA Tour frat brothers that the Gil Hanse redesign had created a “bomber’s only” ballpark that left mid-length and short hitters few, if any, chances to contend.

“I was pretty close to the max last year,” said Kevin Na, who tied for ninth place at Doral in 2015. “You can always play better, but my goal for the beginning of the week was to shoot even par and I shot 1 under. I did pretty well.”

In this, the proof is in the numbers.

While there is rarely a shortage of opinions when it comes to Tour types, it’s not always the most constructive dialogue,

“Every year we get feedback from players, some negative and some positive,” Hanse said.

The difference this time was that a week after the 2015 Cadillac Brandt Snedeker sat down with a Tour official to address some of his concerns regarding Doral.

“I felt bad for Gil because he was getting criticized for the redesign, and just said, ‘Here’s the objective view of what I’m seeing and why guys are upset,’” Snedeker said. “Just so it’s more playable and fair for guys who hit it my length. There were times when I was hitting into a fairway that was 12 yards wide, while some of the longer guys are hitting into fairways that were 35 yards wide.

“I understand that length is an advantage but it shouldn’t be a determining factor to the golf tournament, and it seemed like last year length was the overriding factor on who was going to win.”

To be clear, neither Snedeker nor Na are “short” hitters, even by exaggerated Tour standards. Snedeker ranks 57th this year in driving distance (295 yards average) and Na has a 283-yard average this year off the tee. In other words, this isn’t the bottom 10 percent making noise.

Perhaps the most encouraging sign for everyone involved, be they long or short off the tee, is that the Tour, along with Doral owner Donald Trump, listened.

“I thought [Snedeker’s] comments were well thought out and insightful. You are always going to get players who are going to vent, but both [Snedeker and Ryan Moore] took the time to analyze the golf course,” Hanse said. “Through the history of the game the longer hitters have always had an advantage, but you’d like to think every class of player would be able to succeed on a particular course.”

All total, six holes at Doral have been tinkered with to varying degrees since last year’s championship, with the most dramatic change coming at the par-4 seventh hole where Hanse and Co. removed a fairway bunker down the right side.

“Looking at ShotLink it was obvious the longer hitters weren’t even thinking about that bunker and the preferred angle is down the right side and now we’ve given everybody a chance to use that angle,” Hanse said.

Another example of this year’s changes was at the par-5 12th hole, where a bunker down the left side of the landing area was pushed some 50 yards down the fairway to bring it into play for even the longest hitters.

Similar adjustments were made at the second, sixth, 14th and 17th holes, and Hanse said Trump was “well onboard” with the changes.

“What resonated for us was some of the average length players felt there was kind of a premium placed on power,” Hanse said.

Officials also plan to use the “back” tee at the first hole this week, which was available last year but never used. At 605 yards (it played 590 yards last year) the goal is to dictate that the first is a three-shot hole.

Think of it as addition by addition.

The first became a talking point last year when J.B. Holmes, who led after each of the first three rounds, hit his second shot on Friday onto the green but his golf ball released into a water hazard.

“That was one of the more controversial aspects last year,” Hanse said. "The thought was to build a green that was receptive to a wedge and turn it into a three-shot hole.”

Whether Hanse’s changes and the Tour’s decision to play the first from the “tips” creates a more diverse leaderboard this year at Doral remains to be seen, but at least it creates an opportunity for those closer to the middle of the pack in driving distance.

“[No.] 12 is a good example,” Snedeker said. “There were two fairway bunkers there and they were ‘pitch out’ bunkers, and for the long guys they weren’t in play at all, where some of the guys like myself if you hit in there you’re hitting a sand wedge out and a 6-iron on the green. It makes guys think a little more and be more strategic.”

As this episode proved, thinking about problems, and possible solutions, is much more productive than yelling about them.