Learning how to deal with pressure is reward for No. 1 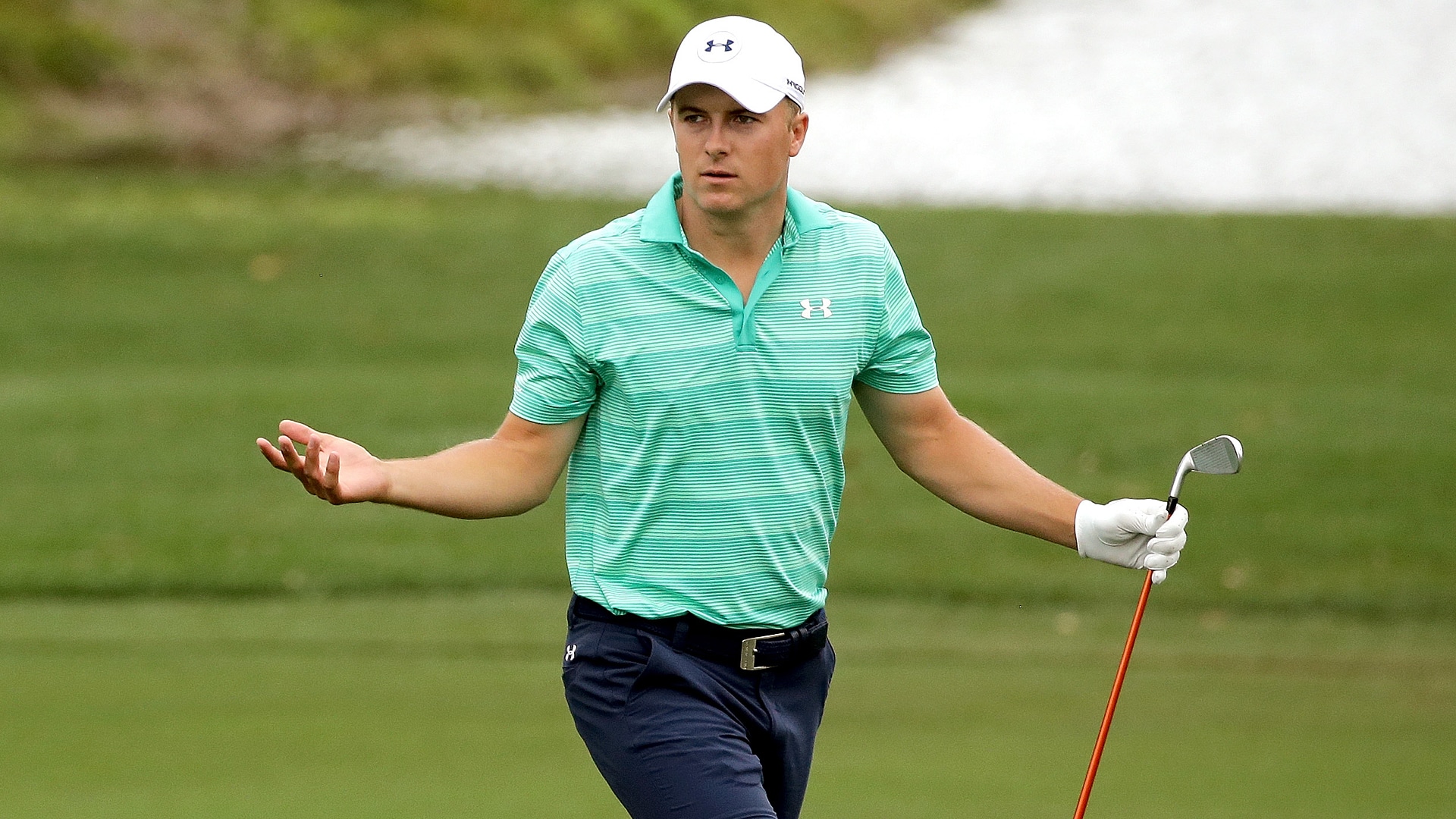 ORLANDO, Fla. – It could be the most unfulfilling title in all of professional golf.

Sure, ascending to the top spot in the Official World Golf Ranking can bring varying degrees of personal satisfaction, but there are no trophies, no checks, no exemptions – just a title and a target.

From a competitive standpoint, for the confusing math to fall your way, there has been copious amounts of success that put you there; but few, if any, stand on random putting greens around the globe rolling in 5 footers to “become world No. 1.”

With few exceptions – most notably Jason Day who admitted to dreaming about the top ranking – scaling to the top of the confusing world order ranks somewhere between earning a PGA Tour card and finding the winner’s circle in importance and prestige.

Phil Mickelson never climbed to the top of the OWGR summit, and it’s safe to say Lefty wouldn’t trade one of his major tilts for the honor. Nor did one ever get the impression that his status as the perennial No. 1 (683 weeks total) was particularly inspiring for Tiger Woods.

Although rewarding in as much as it’s a sign of how hard a player has worked to get there, the title also brings an exponentially higher level of scrutiny, which current No. 1 Jordan Spieth is learning one snarky social media post at a time.

Last week after an opening 76 at the Valspar Championship, Spieth fired back at an Instagram troll and also took exception to an out-of-context quote that was tweeted from the PGA Tour’s own account.

“You'll probably never see me do that again,” Spieth said a day later. “I should never respond to any of that, just let it go and by the time the next tournament rolls around no one even remembers it anyways.”

But for those who have lived in the same cauldron, it’s certainly understandable that a player would get worn down by all of the attention that comes with being the world No. 1.

“There is a lot more demand on your time. A lot more attention on you, you’re in the spotlight,” Donald said. “I enjoyed it. I enjoyed the challenge. I feel like I’ve always had to work for my success, so to get to world No. 1 was very gratifying.”

Donald said the challenges of being world No. 1 are exclusively off-course situations and time management. As the Englishman explained, saying no becomes an art form and keeping the social media noise to a minimum is a daily challenge.

He recalled, for example, getting into contention at the 2006 PGA Championship at Medinah and turning his phone off so he wouldn’t be tempted to peak at the ongoing conversation.

“We live in a world where we kind of want to know everything. It can be good and it can be bad,” said Donald, one of the more active Tour players on social media. “You have to be wary of the negative attention. It’s tough, you have that urge to hear what other people are saying but at the same time you’re not sure you want to hear everything.”

On this front Day was uniquely suited for his short time atop the World Golf Ranking. The Australian largely avoids social media because, well, “I'm terrible at it. I think I've done 23 posts or something on Instagram and I've had it for a long time and Twitter . . . my wife tweets for me,” he conceded.

Day, for better or worse, also didn’t have to endure the spotlight for too long, overtaking Spieth atop the rankings with his victory at last year’s BMW Championship but slipping back when the American won the Tour Championship the next week.

Day could, however, embrace the central theme of being world No. 1 which essentially is the ability, and desire, to deal with pressure, whether that’s on or off the golf course.

“I played a few holes with Adam Hadwin yesterday,” Day said. “We were talking about how there's guys out here that are just comfortable from 50 to 100 on the FedEx [Cup] and enjoy that spot. I was just telling him you got to be OK with feeling uncomfortable because if you're uncomfortable it usually means you're doing something right.

“I just told him that I was looking forward to being uncomfortable for the rest of my life because I'm uncomfortable out here and I'm in that spotlight.”

Only pressure comes with being world No. 1, no FedEx Cup points or paydays, which makes it difficult to quantify what the title means. But for the likes of Spieth and Day and Donald, how you deal with that scrutiny is it’s own unique reward.