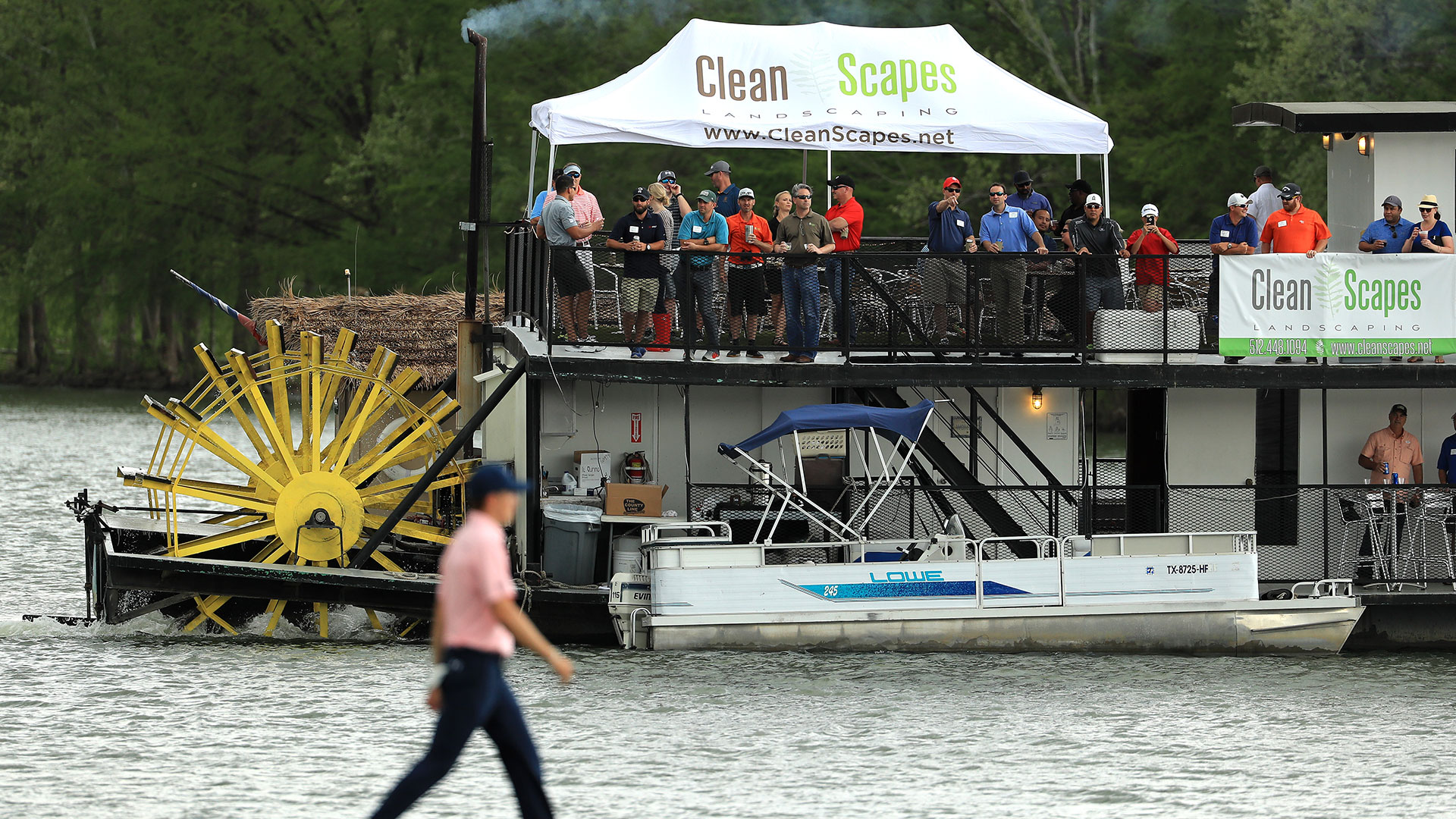 AUSTIN, Texas – A few years ago the Austin Independent Business Alliance launched a unique campaign entitled, “Keep Austin Weird: A Guide to the Odd Side of Town.”

For three days there has been no better example of the weird and odd than the WGC-Dell Technologies Match Play, the PGA Tour’s annual version of March Madness that has been made infinitely more maddening with the addition of round-robin play three years ago.

In theory the concept is simple, with groups of four vying for points to advance to the round of 16, when the action reverts to the traditional one-and-done reality of match play. In practice, however, the format has all the clarity of a Leo Tolstoy novel, with Friday’s final edition of group play defined by outrageous scenarios, like the possibility of a four-man playoff to earn a Sweet 16 bid and 23 players with no chance to advance.

Weird and odd about sums it up.

That’s not to say Friday’s action was too convoluted to enjoy. There were moments of unmanufactured pressure, like the three-man playoff between Charles Howell III, Tyrrell Hatton and Rafa Cabrera Bello.

Hatton was bounced on the first extra hole after being penalized for not replacing his golf ball on the green after it moved.

Howell survived a vicious lip-out for par on the fourth extra hole when it appeared Cabrera Bello was on the ropes after finding a gully with his tee shot and bouncing his next attempt off a rock wall.

“Those are the things that happen in match play playoffs, right, where he makes a great up and down to make 4 and I three-putt and keep going,” said Howell, who won the playoff and advanced to the round of 16 with a birdie at the fifth overtime frame. “Like that shank I had yesterday to keep the match going, right, and you're just like, how does this happen?”

Or Kevin Na’s plight on Day 3 when he cruised out to a 4-up lead against Chris Wood needing only to earn a half point to advance to the Sweet 16, but watched as the Englishman went 5 under through his next six holes to win the match, 2 and 1.

“[Wood] made four birdies and an eagle in a nine-hole stretch and I couldn't keep up,” said Na, who birdied the first playoff hole to advance to the weekend. “On 16, I asked the walking scorer what happened to the match in front of me [Fitzpatrick and Thomas]. I knew if they halved, I would have still advanced with a loss today. I found out that Fitzpatrick came back and won. So my goal was I've got to put this behind me and go play one great hole.”

All total, there were five playoffs needed to complete the field of 16, with Bill Haas having the longest haul following a 4-and-2 victory over K.T. Kim in the morning and a six-hole playoff bout that ended with the American advancing after a 22-hole day.

By comparison, Marc Leishman needed only two holes on Day 3, a playoff with Lee Westwood and Pat Perez, to advance to Saturday after sitting out his Friday match because of Jason Day’s withdrawal earlier in the week.

And that doesn’t even include those 23 players who arrived at Austin Country Club on Friday with no chance to earn a spot in the knock-out rounds, like Rory McIlroy and Emiliano Grillo, who found themselves involved in one of four meaningless matches between two players with no chance of advancing.

“It is odd whenever you have nothing to play for. I guess that's both of our faults. We didn't win our matches on the first day,” said McIlroy, who lost on Day 1 to Soren Kjeldsen, didn’t play on Thursday after Gary Woodland withdrew and was eliminated when Kjeldsen won his Day 2 match. “If it had been the old format [one-and-done match play], I would have already been home. It is what it is and I just needed to play better on that first day to at least have something to play for today.”

McIlroy was the highest seeded player to not make it to the weekend, and he was joined on the sidelines by Jordan Spieth who has now failed to advance out of round-robin play twice since it began in 2015.

In what was a devastating blow to chalk, the second-, third-, fourth-, fifth-, sixth-, seventh- and ninth-seeded players all failed to make it to the Sweet 16, a statistical absurdity only partially explained by Day’s withdrawal.

If there was an outlier to that trend it was Dustin Johnson. The world No. 1 continued his dominate performance with a 5-and-3 victory over Jimmy Walker and enters the weekend having not trailed in any match.

“No matter what ranking I am, I feel like I should win. I'm playing well, but anything can happen in match play,” said Johnson, who is vying to join Tiger Woods as the only players to win back-to-back World Golf Championships following his victory earlier this month in Mexico City. “I feel like I've got a little bit of an advantage just because I'm playing really well.”

Given how weird the week has gone, it was no surprise that Johnson’s dominance has been rivaled only by Phil Mickelson, who hasn’t played the weekend at the Match Play since 2004 but rolled to the Sweet 16 with three easy victories. Odd, right?

But that’s the new-look Match Play, doing its part to keep Austin weird.