McGirt ready to live the dream as first Masters nears 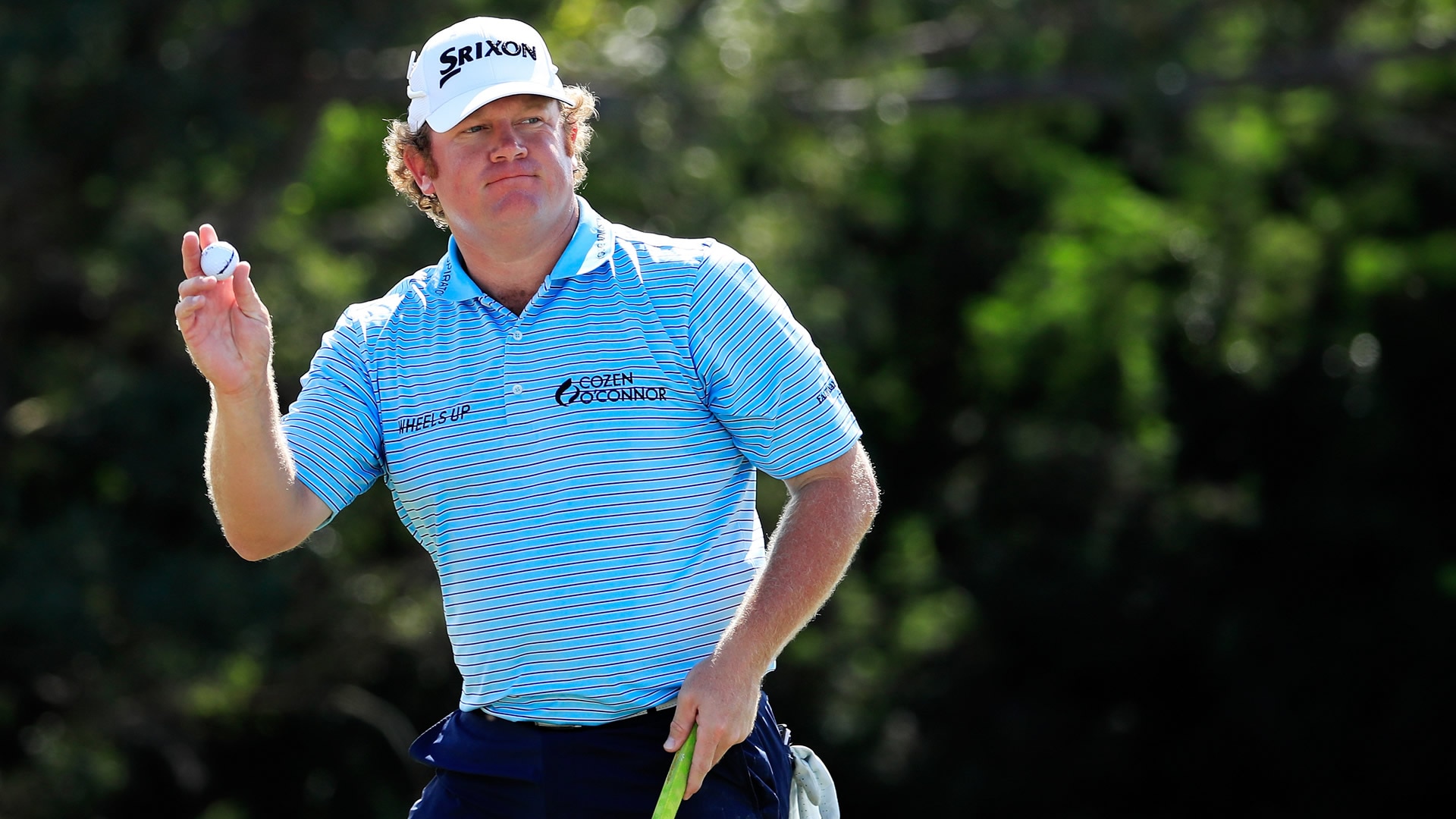 He’d waited a lifetime for this opportunity, politely sidestepping the occasional offer, but always hopeful that his time would come and he’d walk to the first tee at Augusta National Golf Club with a purpose.

Rob Chapman – a longtime member at Augusta National – had offered for years to take McGirt to play the storied course.

On June 5, 2016, McGirt outlasted Jon Curran with a par at the second playoff to win the Memorial in his sixth full season on the PGA Tour. After more than a decade of trial and largely error, the 36-year-old was bound for Augusta National as a Masters rookie.

Since then, McGirt has made the 3 1/2-hour commute down from his home in Boiling Springs, S.C., to Augusta, Ga., three times, careful he says not to wear out his welcome but regular enough to realize it was all worth the wait.

In some ways the drive to Augusta has been cathartic, a vivid reminder of what it took to earn his coveted spot in next week’s field. He’d made similar drives hundreds if not thousands of times to nondescript mini-tour events all over the Southeast.

From 2004 to ’09, McGirt was a mini-tour staple, playing wherever and whenever he could.

“For three or four years, if there was a mini-tour event being held I was there,” he remembers. “It was nothing for me to go to Jacksonville [Fla.] to play a one- or two-day event on Monday and Tuesday and then drive eight hours to go play Wednesday, Thursday, Friday. Go home on Saturday and Sunday and then do it all again the next week.”

Before making it onto the Web.com Tour in 2010, he crisscrossed the south in an old Honda Passport, putting more than 100,000 miles on the car before it went “belly up,” his dream of someday playing the Tour far outlasting the auto industry’s best technology.

Journeyman really doesn’t do McGirt justice. At 5-foot-8 he’s not exactly the model of the modern professional and consider that the web site for his alma mater, Wofford College in Spartanburg, S.C., lists the likes of ESPN announcer Wendi Nix and MSNBC host Craig Melvin among that school’s notable alum. There is no mention of McGirt.

“Not surprising,” he laughs.

While last year’s Memorial Tournament was McGirt’s 165th Tour start, he estimates he played well over 200 events on an assortment of mini-tours before that.

It was apropos that it was at the 2015 Memorial when McGirt turned to swing coach John Tillery for help. He has always been a gritty competitor and a true clutch putter, but he needed to hit the ball higher if he was going to compete on courses like Muirfield Village and even Augusta National.

“He was kind of boxed in a corner. There are only so many courses on the PGA Tour you can compete on hitting it that low,” says Tillery, who explains that McGirt went from an apex height of 84 feet with his driver in 2015 to 101 feet this season.

Last season was McGirt’s best year on Tour, by far, and included his first trip to the Tour Championship and starts at three of the year’s four majors, all thanks to his victory at Jack Nicklaus’ place. But since Chapman called last June it’s only been one tournament that’s dominated his competitive thoughts.

Growing up in the south young players don’t sit on practice greens rolling in putts to win the U.S. Open or PGA Championship. There’s always a green jacket at the end of that 5-footer.

“The Masters is part of our lives forever. It has so much mystic when it’s right down the road growing up. For us it’s the grown-up version of the Magic Kingdom,” Tillery says.

For McGirt, that bond began in 1988 when his father took him to the Masters for the first time. The 8-year-old watched Nicklaus and Arnold Palmer play the 18th hole, scurried around Amen Corner to cheer on Lee Trevino and eventually made it to the first tee.

“Greg Norman was teeing off on No. 1 and I couldn’t see and there was this guy who had to be 6-foot-6 and he put me on his shoulders so I could watch him tee off,” McGirt says. “Just a random guy.”

McGirt admits that if officials at Augusta National would have let him he would have spent the three weeks leading up to the Masters playing the course every day, learning every mound and subtle break.

“You see so much on TV, but there is so much stuff you just can’t pick up. Like on No. 1, you never know there is so much slope on that green. I never knew there were three little mounds in front of the second green,” he says.

After a professional lifetime of toil, the father of two admits that it won’t be the iconic drive down Magnolia Lane or even the thrill of setting out for his first competitive round at the Masters that he’s been looking forward to the most since his victory last summer at Muirfield Village. If he’s going to become overcome with emotion it will be on Wednesday when his family joins him for the annual Par 3 Contest.

“Miles [his son] has watched all of his friends caddie in the Par 3 and he looked at me and said, ‘Daddy, when can I do that?’ I’m like, ‘Buddy, daddy’s got to win first and trust me, I’m trying,’” McGirt smiles. “If I’m going to lose it, it’s going to be on Wednesday with them. It’s special to hear your name on the first tee at Augusta National, but being able to take your two kids out and play nine holes in the Par 3, I don’t know that there’s anything much better than that.”

Of the 94 players currently in the Masters field there may be some with better pedigrees then McGirt, but none with more passion or purpose when it comes to the year’s first major.