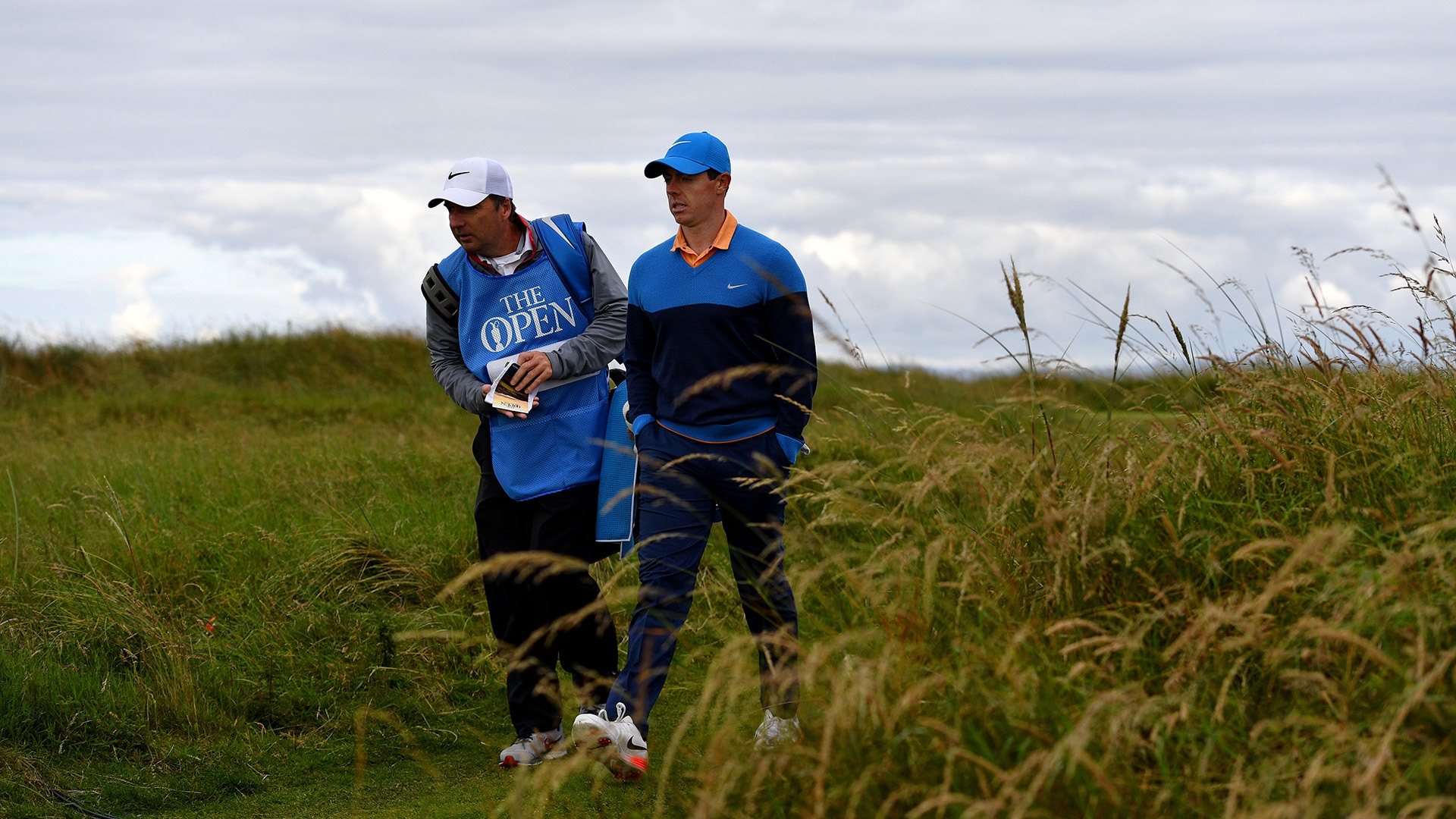 TROON, Scotland – A year ago this week Rory McIlroy was wielding crutches - not clubs - and watched The Open at St. Andrews, which for a Northern Irishman might be the closest thing to major championship nirvana, from the confines of his couch.

It was the most crushing kickabout in the history of golf, a soccer mishap that kept the defending champion from his duties on the Old Course.

“It was one that I'd earmarked since 2010, to possibly have a chance to win a claret jug there,” McIlroy said on Tuesday at Royal Troon. “Of all the courses on The Open road, that's probably my best chance to win, so to miss that last year was very disappointing.”

McIlroy would miss two months nursing his left ankle back to health, a rehab stint that also kept him from playing the WGC-Bridgestone Invitational and stalling what was shaping up to be another historic year following early victories at the WGC-Match Play and Wells Fargo Championship.

Missing majors is never easy, just ask Tiger Woods. Missing what is unquestionably the most important major at the game’s signature venue was gutting, as they say in these parts.

“I'm determined not to miss anymore for the foreseeable future,” McIlroy declared.

McIlroy isn’t geared to watch from the sidelines. Like most athletes he’s not wired that way, and as the 2015 Open approached he now admits to bracing for a weekend full of mixed emotions.

He’d come close at the Old Course before, finishing tied for third at the Home of Golf in 2010 after a second-round 80. He also has a good grasp on history and understands the distinction between a major champion and a major champion at St. Andrews.

Maybe it was therapy, maybe it was retribution for putting himself in this position with a self-inflicted injury; either way McIlroy settled in to watch last year’s Open with a dollop of dread.

“It was difficult. I actually thought it was going to be more difficult watching it,” he said. “It was at St. Andrews and because I was going in there feeling like I was playing well.”

But along the way his impromptu therapist’s couch turned into a life lesson, watching the wind-delayed tournament unfold with a voyeuristic interest.

“I enjoyed watching over the weekend, as funny as that sounds,” he said. “I sort of realized that it put things in perspective for me, as well.”

McIlroy didn’t brood over his missed opportunity. He didn’t blame timing and karma for robbing him of a chance to fulfill a lifelong competitive dream of winning an Open at St. Andrews. Instead, he lived his life.

He went to the gym, kept on with the rehabilitation of his ailing ankle and tried not to dwell on his misfortune.

“People were just sort of going and doing their daily routines and doing their thing, and it sort of just put it in perspective to me,” he said. “When you're here it seems like it's everything to you. But you look outside in the bigger, wider world, and it's not the be all and end all.”

It’s a 30,000-foot view that helped ease the sting of missing last year’s Open and possibly the languid pace of his comeback.

After starting 2015 with so much promise, he struggled the rest of the way with just a single top-10 finish on the PGA Tour before closing the season with a victory at the European Tour’s finale.

A game that has appeared a few bricks shy of solid this season came together with his victory at the Irish Open, which for McIlroy qualifies as a “fifth major,” and he arrives at Royal Troon with a real sense of momentum.

Despite never having played Royal Troon, the enigma of the Open rotation, McIlroy said his game plan is relatively straightforward – avoid the bunkers – and a singular focus.

But with age has come a sense indifference to the urgency of now. Although he admits to not being as bold on the golf course as he once was – either the byproduct of maturity or a game that’s been slightly off in recent years, he couldn’t say for sure – he’s also learned that in golf it’s much better to embrace the long view.

“If someone said at the [2014] PGA Championship, you won't win one of your next five majors you play. I'd be like, yeah, well, sometimes it goes like that and it goes in cycles,” he said. “It's a very long career, so there's plenty of time to try and rack up more major championships.”

Sitting on the couch watching Zach Johnson win the claret jug last July wasn’t easy given the relative importance of the championship, but it did teach McIlroy that there will be other Opens, other chances for glory and other trips to St. Andrews.