Olympic countdown: One year to Rio

For Antony Scanlon, a vision and years of work have started to become very real. Twelve months from Wednesday, the opening ceremony for the 2016 Olympics will be held with 120 golfers joining the Parade of Nations for the first time in 112 years.

For Scanlon, the executive director of the International Golf Federation, the opening ceremony has been the ultimate goal since the International Olympic Committee announced golf’s return to the Games in October 2009. But it’s been the countdown’s impact on potential Olympic golfers that has created a buzz.

“They are excited. They realize this is a rare opportunity to be part of the national team and some of them will play a leadership role within that team,” Scanlon told GolfChannel.com. “It’s excitement and a little of the unknown, what does it mean to be part of an Olympics?”

Among players, who have, until recently, largely offered a lukewarm embrace of golf’s return, the opening ceremony is a very real and very familiar part of the Olympics.

“It's going to have a lot going for it. Who knows, in 100 years’ time that might be the most sought-after achievement in golf.”

With just one year before the start of the Olympics, some of those unknowns are starting to crystallize, including what the fields for the men’s and women’s competitions may look like.

Each field will consist of 60 players from the Olympic Golf Rankings, which are based on the Official World Golf Ranking with countries (like the United States) having as many as four competitors if those players are ranked inside the top 15 in the world. If they are not in the top 15, countries are limited to two competitors.

Currently that field includes the game’s best, from world No. 1 Rory McIlroy to Jordan Spieth and Jason Day for the men; Inbee Park and Lexi Thompson for the women.

Scanlon said the current field is similar to the diversity and strength of field for the Olympic tennis competitions, which would be the closest comparison with golf.

Until recently, the biggest concern for Scanlon and other members of the IGF has been the Olympic golf course, which endured numerous construction delays and legal challenges but seems to be back on schedule.

“We have all the grass down. It’s a fantastic design and we are coming up with what could potentially be a masterpiece,” he said. “We’re excited about it.”

Officials plan to play a test event on the course early next year. Although Scanlon said the IGF hasn’t finalized what the event will be, he did say an announcement should be made soon and that the IGF hopes it will include a number of “top professionals.”

For many of the potential athletes, however, there has been more interest in the Olympic village than the Gil Hanse-designed golf course.

“That’s the biggest question and all we can do is point them to other athletes who have done that,” said Scanlon, who added that it’s up to each country’s Olympic federation to decide where its athletes stay during the Games.

Golf got a taste of what it may be like next summer in Rio when the game made its first appearance in the Pan Am Games last month in Toronto.

A group of four American amateurs (two male and two female players) competed in the Pan Am Games, with Andrea Lee taking the silver medal for the U.S. in the women’s individual competition.

“It was very much a dry run for the Olympics,” said Andy Levinson, the executive director of USA Golf. “Getting to the city, working through security, staying in the athlete village, it was all very similar to what it will be like in the Olympics.”

The biggest distinction between the Olympics and last month’s Pan Am Games has also been one of the central points of contention for some. Unlike the format for the Rio Games, there was a mixed-team competition that combined the lowest male and female scores each day, with the United States winning the silver medal.

Next summer in Rio the event will only be a traditional 72-hole stroke-play format, a decision that has been criticized in some circles. But as Scanlon explained, golf’s return to the Olympics required a conservative approach.

“That [individual stroke play] was what the players wanted and the Olympic Games are not an event where you experiment. [The IOC] wanted a tried and true competition,” Scanlon said.

Scanlon said the IGF will meet with the IOC following next year’s Olympics to review the competition, including the format and any potential changes for the 2020 Games.

But that meeting, which will be held in July 2017, will have far greater implications than a possible format change. IOC officials will approve the sports for the 2024 Games at that gathering, which essentially means golf’s only chance to remain an Olympic competition beyond 2020 is next summer in Rio.

“We’ve got one opportunity to assure we deliver a great competition,” Scanlon said.

The one-year countdown to the Rio opening ceremony means many things to many people. For potential players, it’s a chance to start dreaming of Olympic gold. For Scanlon and the IGF, it’s one final push to make sure they get it right. 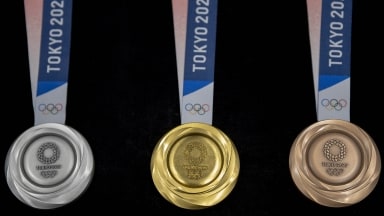