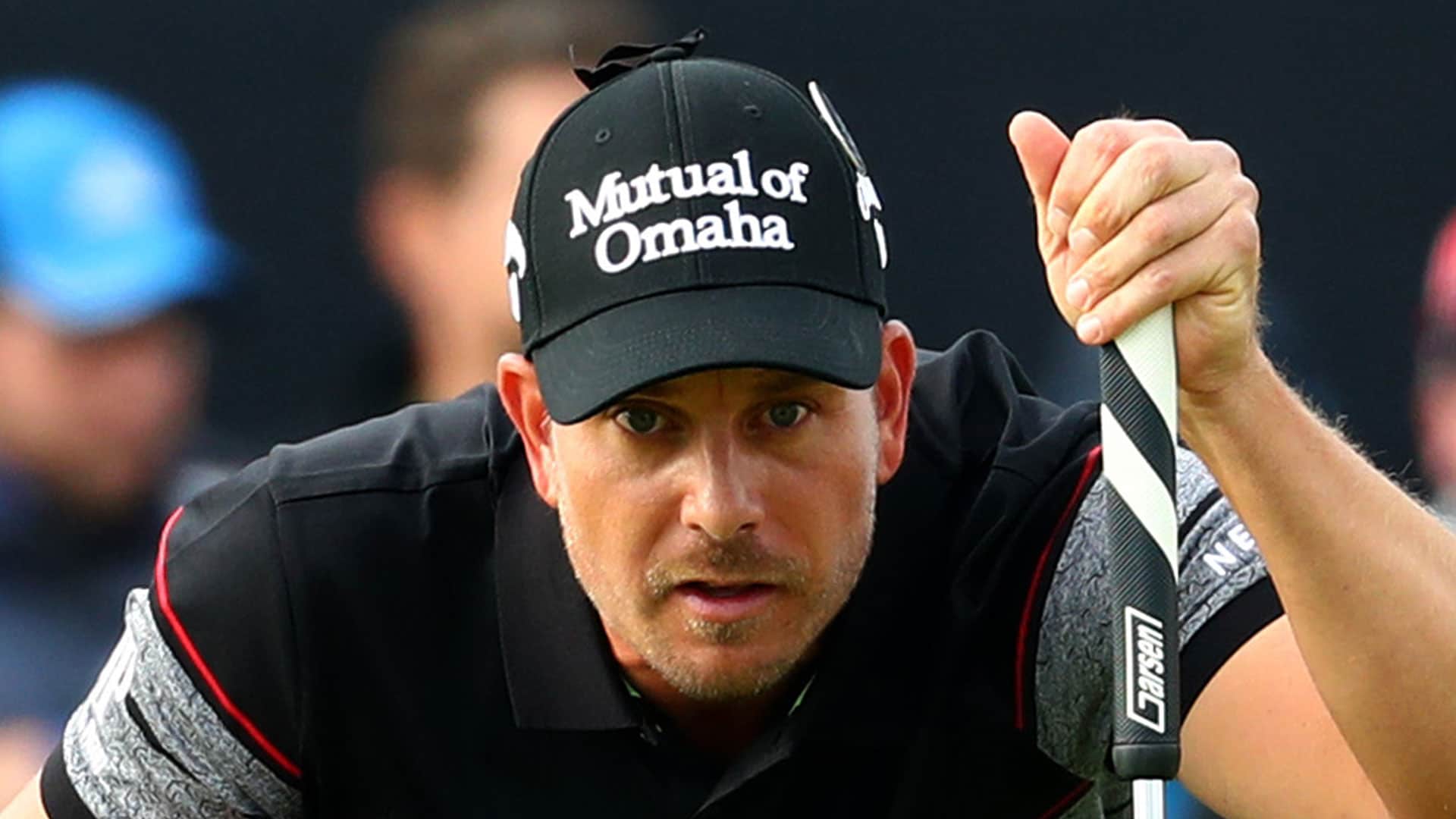 TROON, Scotland – Toward the end of his news conference on Friday following a second-round 65 Henrik Stenson, as clever as they come, was stumped by an overly zealous question.

“If you had a choice of two of three: [winning] a claret jug, Olympic gold medal or Ryder Cup, which of those two would you take?” the media type asked.

Stumped, Stenson pondered the question for a moment before he allowed, “How long did you think about this question?

“If I say I'll take Olympic gold and The Open, I'm going to have 11 guys kicking me when I walk outside,” he laughed. “So I'll take the Ryder Cup then for my teammates, and then I'll take The Open as of now.”

On Sunday at Royal Troon the Swede answered at least a third of that question, winning The Open by three strokes in a duel for the ages against Phil Mickelson.

But if Stenson’s response to the left-field question rings of what has become a familiar indifference to Olympic golf, know that the 40-year-old may have simply been playing to the crowd – which would include his potential European Ryder Cup teammates and the Scottish masses.

In fact, the record shows that perhaps more than any other top player Stenson has displayed the most passion for this year’s Games, starting with his commitment to play.

Following a procession of high-profile withdrawals that include the world Nos. 1, 2, 3 and 4 – and has ballooned to 20 no-shows at last count – Stenson has taken a uniquely devoted approach to Olympic golf.

The Zika virus, which has been the most-often cited reason for the top players to not travel to Rio, is of no concern to Stenson, as only he could explain.

“For once it's a competitive advantage to be 40 and not looking to have any more kids,” he smiled.

While September’s Ryder Cup matches loom large for the likes of Stenson, the Scandinavian’s affinity for the Games goes beyond a passing interest in the opening ceremony and exploring the Olympic Village. He grew up counting medals and cheering for athletes who normally wouldn’t be household names even in Sweden.

“I know, unlike others, he’s really keen on the Olympics,” Gareth Lord, Stenson’s caddie, said. “Especially at his age. He’s got this one [Olympics], if he’s got another that definitely would be it. But he’s definitely got this one. I know Rio is on his mind.”

He also realizes a byproduct of the exodus by the game’s top players from the Olympics will be dramatically improved chances to medal, and that was before he outdueled Phil Mickelson on Sunday.

In fairness to Stenson’s politically correct answer earlier last week, he’s been on multiple winning Ryder Cup teams and now that the void of his missing major has been filled the prospect of Olympic gold has moved to the front of his “to do” list.

“I think after a pretty long and successful career, it would be pretty cool to have an Olympic medal hanging next to some of the nice trophies I have at home,” he said.

Stenson will be the highest-ranked player in Rio and following his historic performance at Royal Troon a favorite to medal.

Imagine the impact on golf in Sweden that within five weeks Stenson became the first Scandinavian to win a major followed by a gold-medal performance in Brazil.

“It would be big outside the golfing community as well,” Stenson said. “It would be to the broader sports crowd and to the whole country. That would be massive.”

There’s also the issue of scheduling, which is widely considered an unspoken element of the rash of Olympic withdrawals. While the golf calendar has been condensed because of the Games, with two majors and Rio slated in a five-week window, consider Stenson’s extended take.

Not only will he play the Olympics, the FedEx Cup Playoffs and the Ryder Cup – that’s 11 must-play events in eight weeks – but he’ll also play the European Tour’s season-ending series to complete his season.

Many players have professed their support for the Olympics and will travel to Rio. Others have offered lukewarm support and will not. But Stenson has backed up that praise with passion and action.