Spieth back at The Open one year after near miss 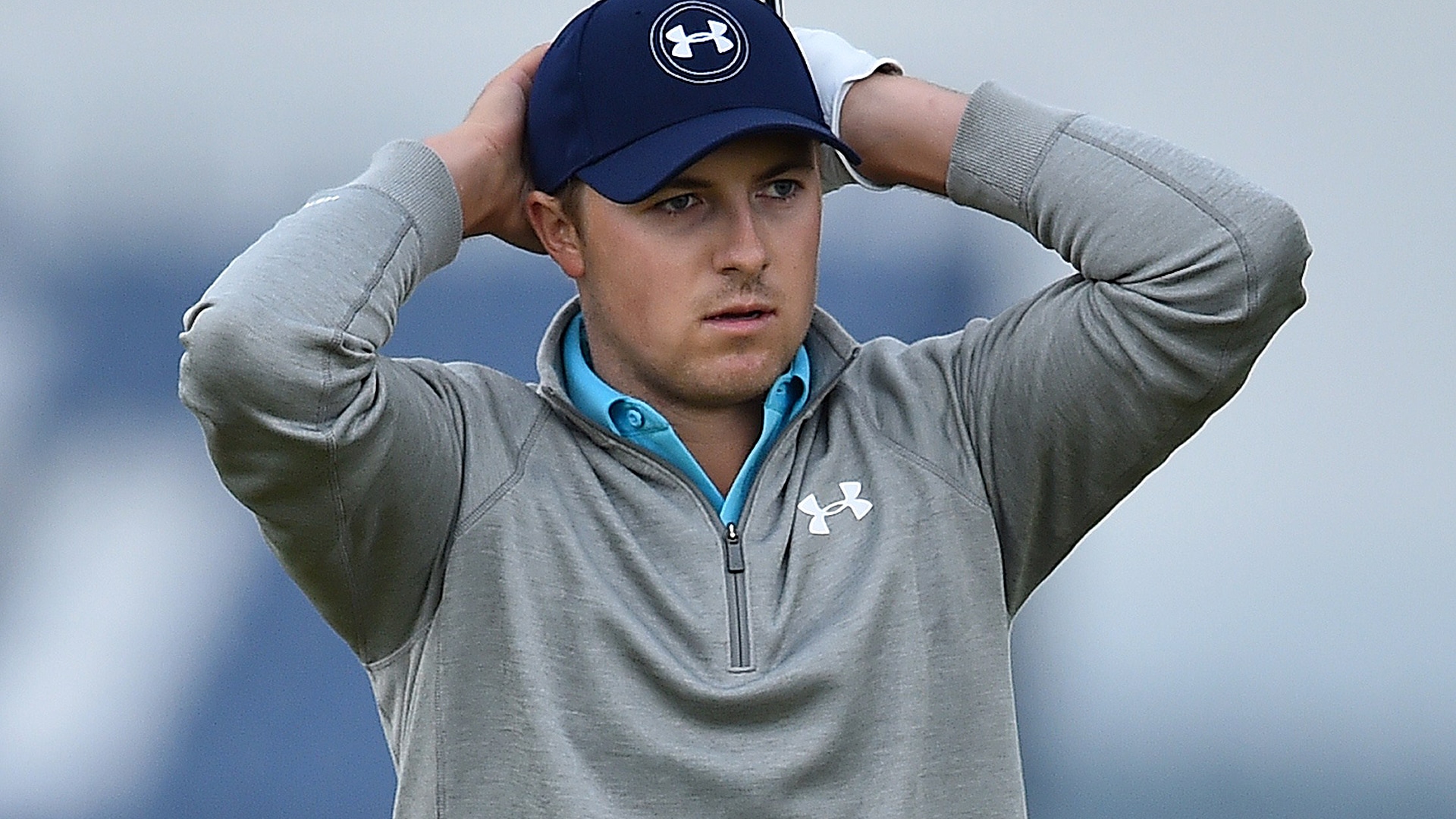 Criticism and crushing pressure, that was the menu for Jordan Spieth when he arrived in Scotland for last year’s Open.

The 21-year-old “golden child” was poised to make history after having won the first two legs of the single-season modern Grand Slam. History wasn’t on his side – only one player, Ben Hogan in 1953, had pulled off the modern Triple Crown (The Hawk wasn’t able to play the PGA because it was held the same week as The Open) – and Spieth downplayed the possibility, keeping things predictably simple “[we’re] trying to get into contention and hopefully close out another tournament.”

Adding to the buzz was Spieth’s decision to play the John Deere Classic the week before The Open, a move some said wasn’t in his best interest considering the potentially historic nature of the 144th edition of the game’s oldest championship.

He quieted that criticism by winning at TPC Deere Run in a playoff and found unexpected solace on the shores of the Firth of Forth.

“Over there it’s easier to shut off noise,” Spieth told Golf Channel. “You’re not on your phone as much. It’s six hours later than central time, which kind of helps because you’re not seeing or hearing what’s going on. Which I think helps because going for a third major in a row there was certainly a lot on the table.”

The noise was still there - fed by pre-tournament news that Rory McIlroy would miss The Open because of an ankle injury - and when he opened the week with a 67 which left him two strokes off the lead, the drumbeat grew increasingly louder.

“I played with Dustin the first two rounds and thought, man, there’s nobody beating him this week,” Spieth said. “He was just absolutely tearing it up.”

Johnson struggled in Round 3, a common theme in the bomber’s history until last month’s U.S. Open, and Spieth began the final round a stroke off the lead following a 66.

It was, despite all of the pressure and pre-tournament hype, exactly as Spieth had planned it.

“I didn’t really feel like there was that much pressure that week. We were playing great, let’s go in and get ourselves into a spot here,” Spieth said. “We worked our way into contention and had control of the golf tournament.”

It’s the champion’s cliché. Playing for trophies may be the ultimate goal, but given the uncertainties of competition, particularly at a place like the Old Course where every player is a single unsavory bounce away from disaster, the best one can hope for is a chance late in the final round.

Following a front-nine 34 on the downwind run, he immediately added a birdie at the 10th hole to move within a stroke of the lead at 14 under.

By the time he arrived at the par-4 16th hole, which played the second hardest during last year’s championship, the plan was still intact.

“I remember getting to 16 and we knew where we were on the board and telling [caddie Michael Greller], we can still birdie 18 so let’s go ahead and be smart here, hit two greens in regulation and scrap together a couple of pars and birdie the last hole and if it’s not enough it could be good enough for a playoff,” Spieth said.

He did one better at No. 16, rolling in a twisting birdie putt to move to 15 under and tied for the lead.

“I had this long putt, I can see it right now. It was from the left side of the green to the right side and they had this little pin in this corner and it went up, then it flatten out and then back down,” said Spieth, who added the putt was similar to the one he made at No. 16 to win the U.S. Open a month earlier.

In retrospect, Spieth concedes he played the 17th hole too conservative, hitting his drive down the left fairway to avoid the out of bounds that runs down the right of the Road Hole.

His 235-yard approach to an exacting green missed wide and he wasn’t able to convert his par attempt. Although he still had the 18th hole to play, the bogey at No. 17, even a year removed, was a momentum changer.

“That thought of, OK, let’s par 17 and birdie 18 and give ourselves a chance to win in the town of St. Andrews it just kind of got taken away,” he admitted.

At the iconic finisher Spieth played his drive too far left and from an awkward angle found the Valley of Sin in front of the green. Only Costantino Rocca makes birdie from there to win The Open.

“That was a draining feeling once that putt missed,” Spieth said of his birdie attempt that drifted past the hole to leave him a stroke outside of a playoff between Zach Johnson, Marc Leishman and Louis Oothuizen.

Greller was gutted, unable to speak with reporters in the moments afterward; while Spieth seemed to find calm in his accomplishments, if not another major title.

He was 2-for-3 on the Grand Slam board for the season and few rolls shy of possibly joining Hogan as the only modern Triple Crown winner.

“I wasn’t overly upset, we’d won the first two majors,” Spieth said. “It wasn’t like I was trying to win my first one, but you don’t get that many chances to win major championships and that’s what we practiced for.”

Spieth went into player dinning, had lunch, had a beer and watched the playoff, which was won by Johnson, who he calls a “bit of a mentor.”

He walked back out to the 18th green to congratulate his friend and took a moment to gaze down the 18th fairway, to what could have been.

“It was tough because I wanted to be a part of that playoff,” he said.