PGA has lots of excitement to live up to 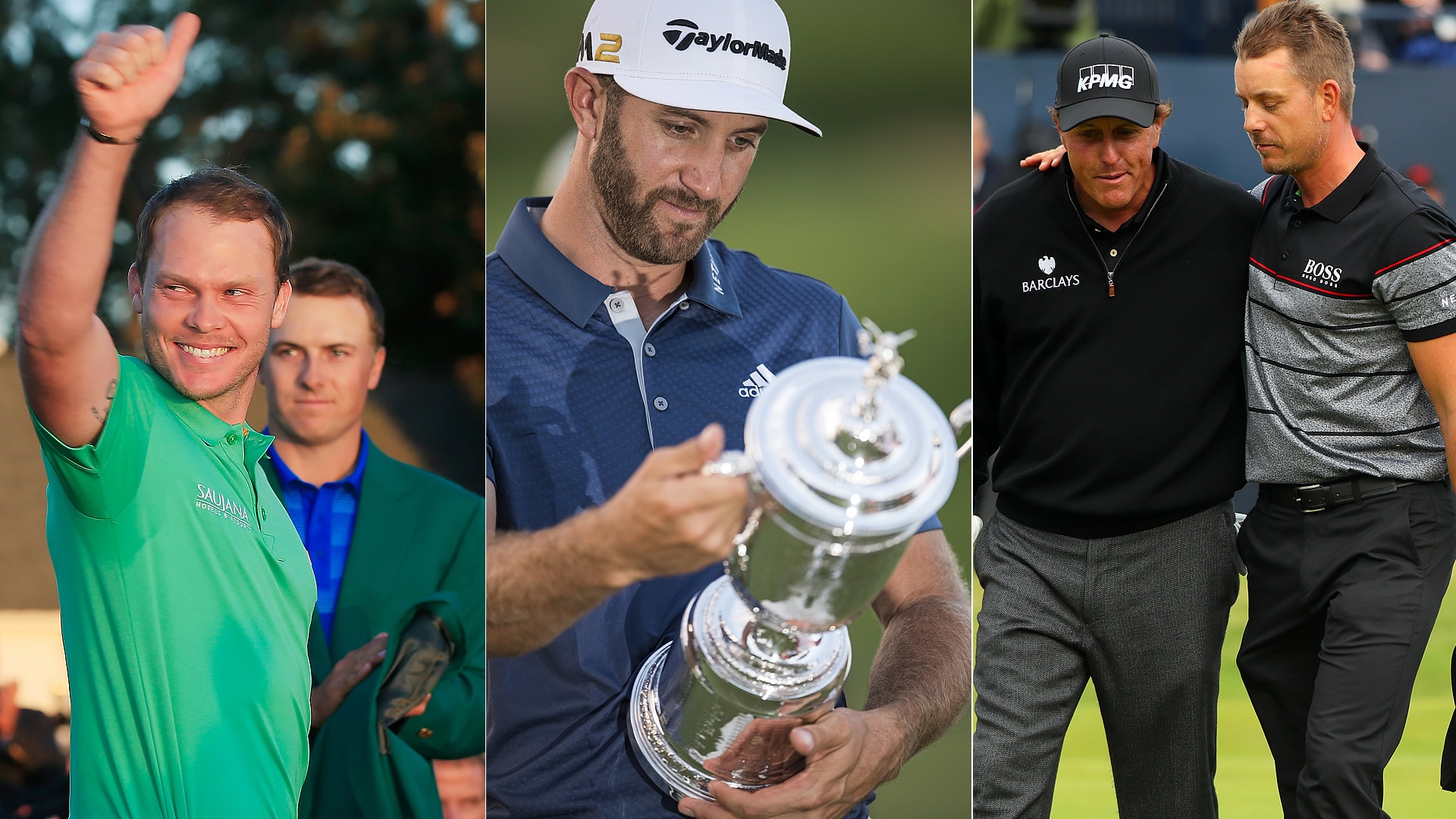 SPRINGFIELD, N.J. – There are few things in life that regularly live up to the hype – weddings, childbirth, the Masters, the occasional Game 7.

Perhaps this week’s PGA Championship has the goods. Maybe the year’s final major delivers a worthy bookend to what has been a truly memorable Grand Slam season.

The players are certainly all in place.

Depending on your math, all of the pieces are there – Jason Day, Rory McIlroy, Dustin Johnson, Jordan Spieth, even Henrik Stenson and his newfound major fame.

But even Day, this week’s defending champion and the world No. 1, seemed to suggest, at least with his actions if not his words, that it might be best to temper expectations for the year’s final major.

“I haven't played a practice round. I haven't seen the course. I don't know what it looks like,” Day said on Wednesday ... on Wednesday.

The Open probably set the bar a tad high with a finish for the ages, thanks to an inspired final-round duel between Stenson and Phil Mickelson.

“I don't think the score was really the most impressive part of that. It was more the resilience and how they fed off one another. It was a total match-play scenario,” McIlroy said of the Royal Troon title bout.

The U.S. Open delivered drama – albeit some of the unwanted variety thanks to a curious ruling – and a champion (Johnson) that had been in waiting for far too long. Even the Masters provided enough fireworks via Jordan Spieth’s Sunday meltdown and Willett’s unforgettable final round.

There are plenty of scenarios that could make this week’s championship a worthy ending to the major season.

Johnson getting on the board again at an event that probably owes him one is not out of the question. Day going back-to-back to solidify his status atop the pack would also be compelling; as would another PGA for McIlroy given his status as the forgotten Beatle in some media circles.

After flirting with major golf’s magic number of 62 at Royal Troon, a softer Baltusrol is there for the taking and a record round would inject a measure of history into this week’s proceedings. Just don’t count on it.

“I don't see anybody shooting [62] here at Baltusrol,” said Mickelson, who came within a single rotation of setting the new major mark on Thursday at Royal Troon.

For those who read tea leaves, there’s a pattern to this major championship season. Each of the first three major winners – Willett, Johnson and Stenson – were all first-time Grand Slam champions and all three were ranked inside the top 12 of the world ranking when they cracked the game’s ultimate grass ceiling.

If that trend continues that leaves just three players – Rickie Fowler (No. 7 in the world), Sergio Garcia (No. 10) and Branden Grace (No. 12) – poised to join the club.

“I would love to make it four in a row. Obviously it would be very nice,” Garcia said. “But we'll see. It's a long week. And like I said before, my goal is to play well, to give myself another shot at winning a tournament, winning a major, and then see what I can come up with.”

It should also be noted that the last time a single season’s majors were swept by first-timers was in 2011, when Keegan Bradley completed the rookie slam with his victory at the PGA.

Part of what has been a somewhat subdued build up to the PGA can be attributed to a measure of championship fatigue. The engraver finished etching Stenson’s name into the claret jug just 10 days ago and in two weeks the Olympics will assume its position as golf’s ultimate test followed in short order by the Ryder Cup.

So if the game’s best and brightest aren’t exactly selling the 98th PGA as the “Blowout at Baltusrol” they’ve come by their measured optimism honestly.

Although any tee sheet that includes Jason, DJ, Rory and Jordan should be good enough to generate buzz, be it at a major or otherwise, and golf’s ongoing narrative of a Big 4 continues to be pinned to the need for a combination of the dominant foursome going head-to-head when it counts at a major.

But even that script is changing.

“It’s a Big 1, really,” said one Tour insider on Wednesday at Baltusrol. “When Dustin is on his game it’s hard to imagine anyone beating him.”

Others offhandedly dismiss the notion of a dominant quartet, either through the attrition of increasingly deeper fields or evolving attitudes.

“It is something that you guys have always done. You've always kind of gone with the Big 3 or the Big 4 or the Big 5 or whatever. It is fine,” Garcia said. “The only thing I can do is keep improving, keep getting better, keep doing what I know how to do.”

As compelling as a Big 4 may look on paper, there currently isn’t much by way of an established body of work to suggest the stars have aligned perfectly over south New Jersey.

Maybe Baltusrol will be the curtain call this major season deserves, an exclamation mark that includes all of the game’s elite; but history suggests that it might be best to keep expectations low.