Putting a wrap on a stellar West Coast swing 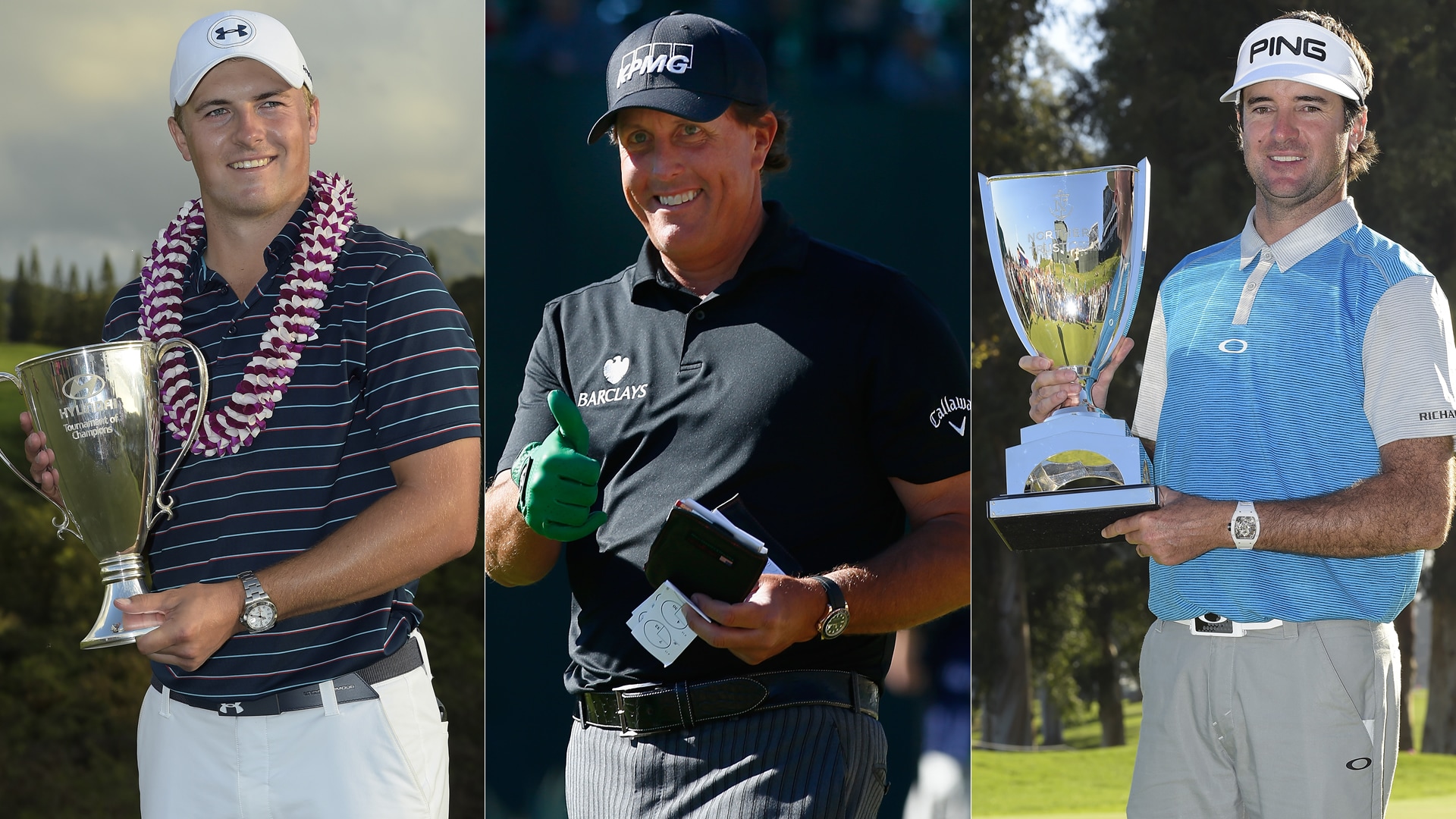 Most improved. When the WGC-Match Play Championship packed up and headed east (Austin, Texas) for the warmer confines of spring it left a hole in the West Coast lineup that was filled by the circuit’s annual soiree to Tinsel Town.

With five of the world’s top 10 players and 60 world ranking points going to the Northern Trust Open winner, the Los Angeles stop wasn’t just the best event on the West Coast this year, but the deepest field in golf in 2016.

“This is definitely going to be a regular for me on the schedule going forward. I really enjoyed it so much,” said Rory McIlroy, who played Riviera for the first time. “The golf course is great, but the area, staying in Santa Monica and having the beach there, there's so many great things to do.”

West Coast dreaming. Whether you count Hideki Matsuyama’s victory over Rickie Fowler at the Waste Management Phoenix Open as an upset – the Japanese player was ranked 19th in the world when he outdueled Fowler in a playoff – the Left Coast produced its share of surprise champions.

Fabian Gomez stunned Brandt Snedeker to win the Sony Open and Vaughn Taylor (above) won for the first time in more than a decade at Pebble Beach when he finished a stroke ahead of four-time Crosby winner Phil Mickelson.

The new time zones also helped change the narrative for the 30-somethings. Five of the seven West Coast winners were in there 30s, including the last two Watson (37) and Taylor (39).

But new digs emerged this year at the Hyundai Tournament of Champions. Slappy Cakes in Lahaina, Hawaii, is worth the 13-hour trip from the East Coast.

The Hawaiian pancakes with banana, pineapple, macadamia nuts and whipped cream are the perfect remedy for jetlag.

Tale of two Jordans. Jordan Spieth won by eight strokes to start his year in Maui and missed the cut by five shots after an opening-round 79 at Riviera.

In between he showed flashes of inspired play mixed with mediocre results, all of which seemed to be the likely byproduct of a hectic schedule that stretched from Hawaii to the United Arab Emirates and back to California.

Bounding up the hill two steps at a time following his second-round 68 at Riviera, however, he seemed to suggest he wasn’t too worried as golf inches toward the major championship season.

“I guess Rory is considering this the start of his run to the Masters. This was not my start to the run at the Masters. Mine will start the next time,” he smiled.

Something Left. For a guy who has won more on the West Coast than anyone not named Tiger, Phil Mickelson likely wouldn’t consider this year’s swing a victory, be it moral or otherwise.

But after a difficult few years, his tie for third at the CareerBuilder Challenge and runner-up showing at Pebble Beach were signs of progress for a player that doesn’t have much left to prove.

Torrey tough. Snedeker likely shot the round of the year (69) in brutal conditions on Sunday at the Farmers Insurance Open, not that many will remember by the time we reach September.

To put Sneds’ final round in perspective, he beat the field average by 8.9 strokes, which was the most shots better than the field by a winner in the last 20 years on Tour.

“It's like playing a British Open on a U.S. Open setup. This course is so tough, it's blowing 25 mph, gusting out there and windy and rainy conditions, it's really tough,” Snedeker said following his final round.

Snedeker had to wait nearly 24 hours after completing his round before being able to hoist the hardware, but at least he wasn’t on that golf course any longer.

Maui magic. They say timing is everything, which should be good news for the folks at Kapalua who enjoyed the deepest field in a decade as well as an endearing champion in Spieth.

After Hyundai announced it would replace Northern Trust as a title sponsor of the Los Angeles stop next year, that left the folks in Maui searching for a replacement title.

The good news for fans of sweeping views of the Pacific Ocean and whale watching is after one of its most successful years in recent memory the Tour’s year opener will be an easier sell to any potential replacement.

405’ed. Kudos to the Northern Trust Open folks and tournament director O.D. Vincent for transforming the L.A. stop into a must-play event, but logistically the tournament ranks just behind the likes of Bethpage Black and Merion in degree of difficulty.

There’s not an event on Tour that challenges one’s patience, both on and off the golf course, like Riviera.