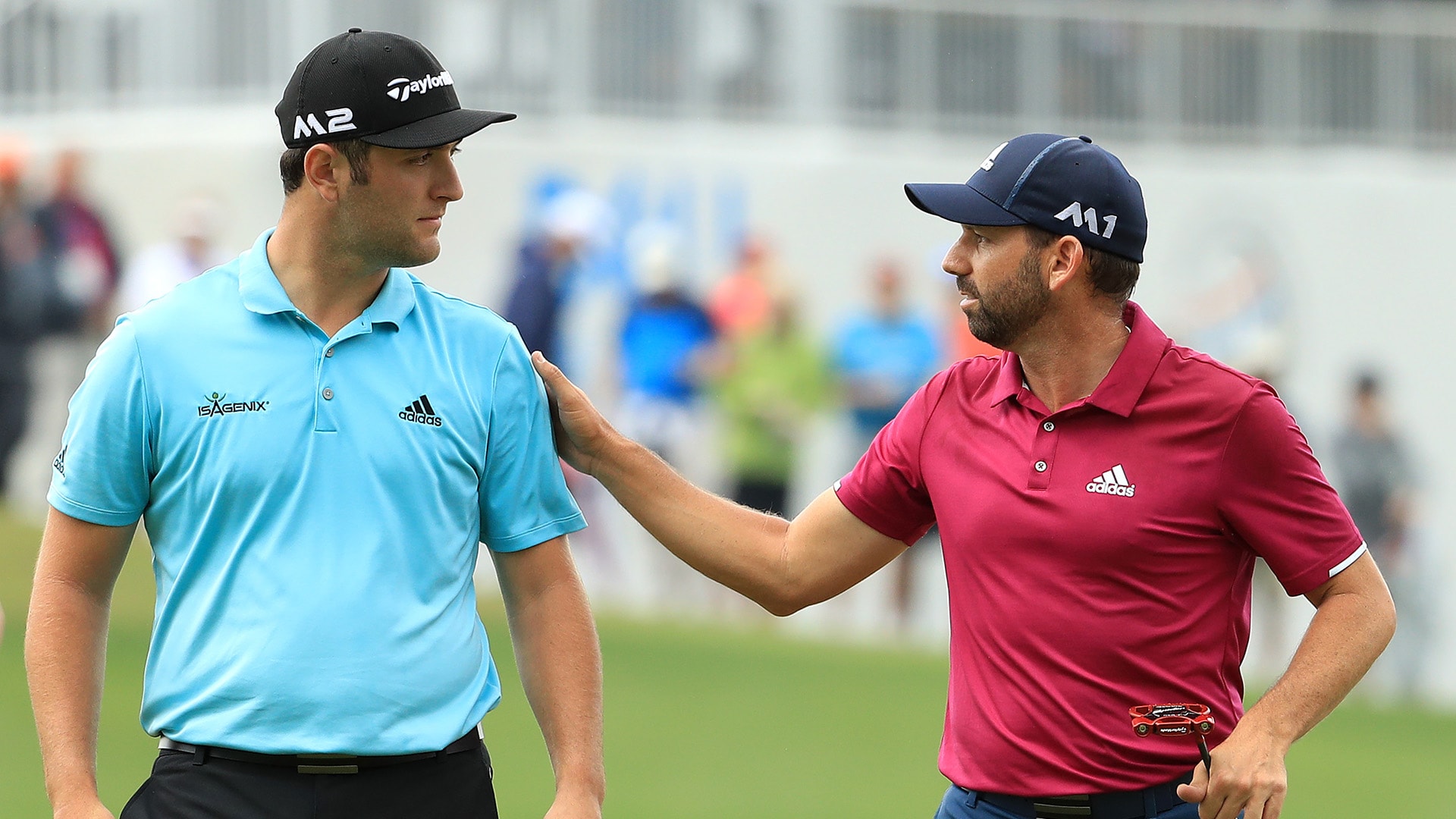 Although the incoming European captain probably already liked his chances next year in Paris since it did take a U.S. task force and Patrick Reed to end the Continent’s reign at the biennial matches; but imagine the Dane’s embarrassment of potential riches as he pencils in possible lineups for the matches.

Bjorn will have the staples – Rory, Sergio, Justin, Henrik – to depend on, but it’s the infusion of new blood that may have the captain wishing the matches were next week.

Thomas Pieters went 4-1-0 in his rookie start last year and was one of the few bright spots for the Europeans at Hazeltine National, and on Thursday at the Dean & DeLuca Invitational, Jon Rahm showed why he could be the most-anticipated addition to the European team since Sergio Garcia.

Rahm, fresh off his first missed cut as a PGA Tour member at The Players, was perfect on his outward loop at Colonial to turn at 3 under and made just a single bogey on his way to an opening 66 and a share of fourth place.

It’s a sign of his potential as a future cornerstone of the European team that Rahm easily admitted following his opening round at Colonial that Wednesday’s pro-am didn’t go well.

“One of the worst driving rounds I've had in a while,” was how he described his preparation for this week’s event, which would normally be a reason to start booking an early flight out of town at the iconic Texas layout.

But that only added to the Rahm legend, with the Spaniard hitting driver a dozen times, which is about a half dozen more than your normal bomber on the narrow and tree-lined Colonial confines, with impressive results.

It was quintessential Rahm, choosing to overpower a golf course that by all accounts can’t be overpowered.

“I think the only time I didn't hit driver was [No.] 10 because you can't, and 17. The only two that I can't hit driver on, otherwise I probably would,” Rahm said. “I was smart about how I was hitting the driver, and luckily it paid off.”

Fearless and unflinching, exactly the ingredients Bjorn would start with if he wanted to conjure up a Ryder Cup player in a laboratory. That Rahm’s show came alongside Garcia on Thursday only showcased his potential as a future star in the transatlantic slugfest.

“We all know how good a player he is. He obviously could be very, very important to the team, and we're very thankful that he's European, Spanish,” Garica said.

Imagine the visions dancing through Bjorn’s mind of a new Spanish Armada to hang his captain’s hopes on.

While the U.S. team has its share of young blood – from Reed and Jordan Spieth to Brooks Koepka and Justin Thomas – there’s something uniquely compelling about Rahm’s ascent and his possible future in the matches paired with Garcia.

“It's always special to play with one of your heroes, one of your idols. It's amazing,” Rahm said.

Nor is Garcia’s legacy ever lost on Rahm. In 2001, El Nino won his first Tour event at Colonial, a historical connection that wasn’t lost on the younger Spaniard following a wind-whipped opening day.

“It would be amazing [to win this week] for various reasons,” said Rahm, the only two-time winner of the Ben Hogan Award, which is presented annually at Colonial. “I've had some success in this clubhouse so far, and to be able to win with Sergio having won his first event here, to be able to win where Mr. Hogan won five times, it would be amazing to be part of that group.”

Garcia has been around the game and endured its ebb and flow long enough to know that Rahm’s Ryder Cup potential is just that – potential.

“There is still a year and a half to go until the Ryder Cup,” Garcia said. “We still all have to play our way on to that team. Then when we get there, we will try to figure out what to do to regain the cup.”

Contrary to popular belief, the Europeans don’t spend every waking moment conjuring ways to win Samuel Ryder’s chalice and much can change before next fall. But that doesn’t mean Bjorn isn’t contemplating the possibility of Rahm’s firepower in his lineup or how easily he and Garcia could be paired.