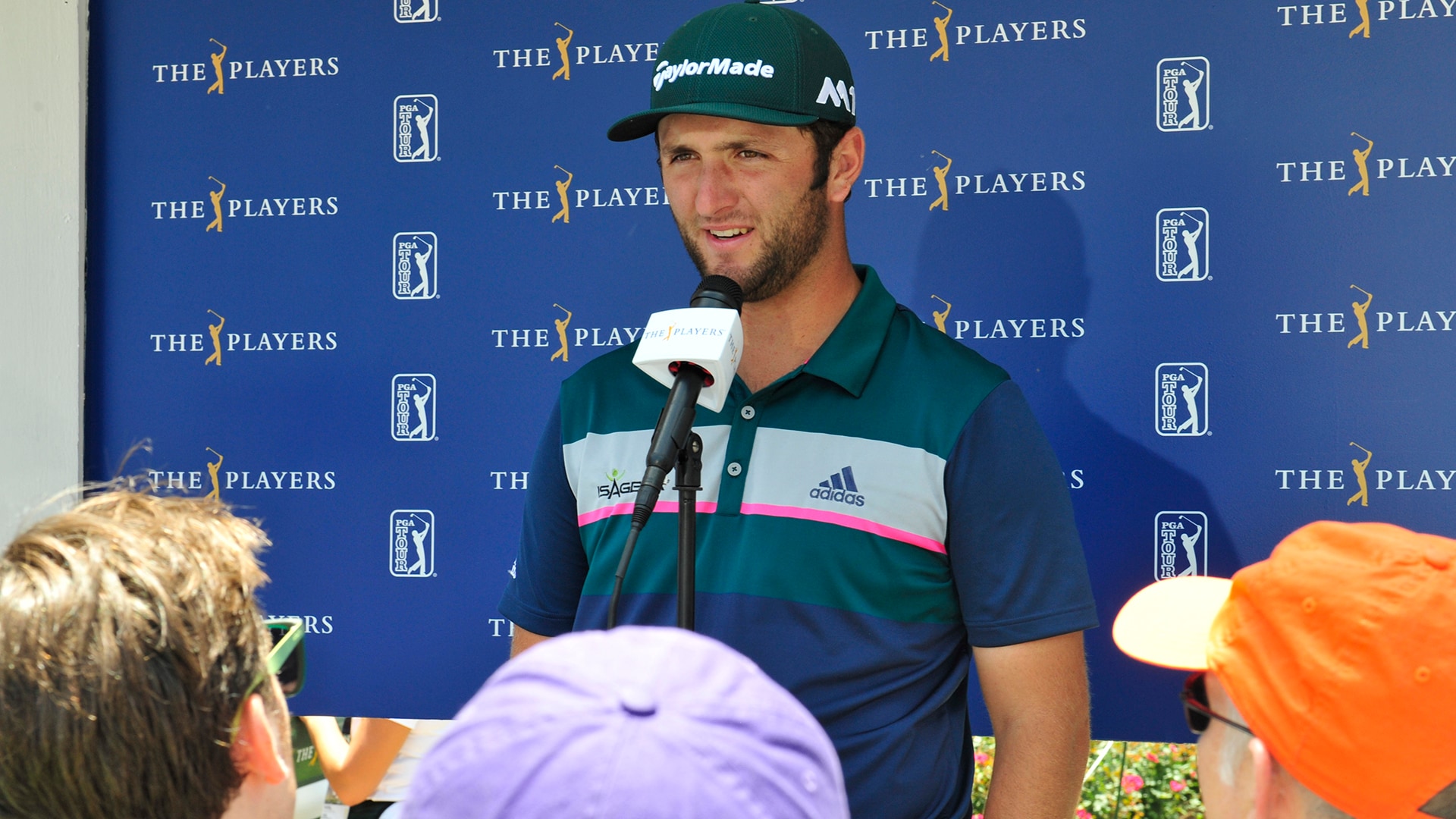 PONTE VEDRA BEACH, Fla. – In practice the void between potential and production, at least in golf, is a three-shot par 5 with a couple forced carries thrown in.

As a rule rather than exception, can’t-miss kids almost always miss. Some go quietly, slipping into mediocrity without much fanfare; while others crash loudly into oblivion.

An actual prodigy, a genuine article who exceeds even the most lofty expectations is the most uncommon, an urban legend managers and equipment manufacturers search for but rarely find.

There were familiar conversations when Jon Rahm turned pro last fall, hushed comments about how good the Spaniard could be and a rush to sign the would-be world-beater to an endorsement deal.

Could the 22-year-old be the real deal? Would he be able to succeed where so many others have failed? In just 23 starts the answer is starting to become a resounding yes.

Rahm finished tied for third in just his third event as a pro (Quicken Loans National) and was runner-up in just his seventh (RBC Canadian Open).

He’s missed just a single cut and won his first PGA Tour event in January at the Farmers Insurance Open. He’s gone head-to-head with world No. 1 Dustin Johnson at the WGC-Mexico Championship and WGC-Dell Technologies Match Play and even finished fourth last week following a brazen attempt at the post in Wilmington, N.C.

Oh, and he’s back at it again this week with rounds of 68-72 for a spot within the top 10 at The Players in his first start at TPC Sawgrass. But then every start is his first start.

“I still compete to win, my mindset doesn't change,” Rahm said following another windy and wild day at The Players. “I'm a lot more experienced, I make less mistakes, I feel like I find myself more comfortable every day in this position and I don't think anything's changed. I just see myself trying to win tournaments.”

But if Rahm’s results have exceeded those early expectations, his play has only given fuel to a higher bar.

Golf Channel analyst Frank Nobilo said Rahm, who is currently No. 12 in the world, will be the next world No. 1, and Phil Mickelson refuses to play practice round “games” against him. A few months back one veteran Tour player even went so far as to make a friendly wager with another frat brother that the Spaniard would be inside the top 10 within two years.

Turns out it doesn’t appear it will take near that long.

Not that anyone is interested in travelling down the World Ranking rabbit hole, the minimum divisor used by the number crunchers is 40 events over a two-year window. Rahm has just 23 starts, which means he’s done more with less than anyone not named Dustin Johnson.

“Jon Rahm's a superstar, he's just amazing to the entire world of golf,” said Rafa Cabrera Bello, who was at 5 under and a stroke clear of Rahm after Round 2. “I played with him many practice rounds now, I obviously got to be more friends with him and it's just the amount of confidence that he has, but also proper based confidence on him.”

His play, which is defined by what most would call an unorthodox swing, has been nothing short of spectacular, but it’s been his presence of mind that may impress the most.

“I think he’s very comfortable with all of the surroundings, you know, with the atmosphere,” said Martin Kaymer, who was paired with Rahm for the first two days at TPC Sawgrass. “It seems like he has been here already for a couple of years. He’s very relaxed with the people, he doesn’t feel intimidated much. Usually it takes two or three years to get used to it, but he got used to it fairly quick. I think that’s a big difference.”

There was a telling moment last week when he forged his way into contention at the Wells Fargo Championship and talked of being “scared” over a shot.

When was the last time he was scared?

“I wouldn't say scared, maybe too tentative or too passive, trying to not be aggressive, try to not make mistakes and try to hit the shots. That's what I mean by scared,” he explained.

Much of this is premature. Great players are measured at the major championships and Rahm’s record on this front is best considered a work in progress. But that does nothing to mitigate his early body of work or his potential.

His resume aside, Rahm has many advantages as he ascends the World Ranking, including his unique swing that will likely temper his desire to tinker in the pursuit of perfection.

He’s already won, so there is no pressure to get that breakthrough, and his World Ranking is already high enough to assure him access to the game’s biggest events.

Regardless of what happens this week at The Players, Rahm has already proven to be the rarest of breeds – a golf unicorn.