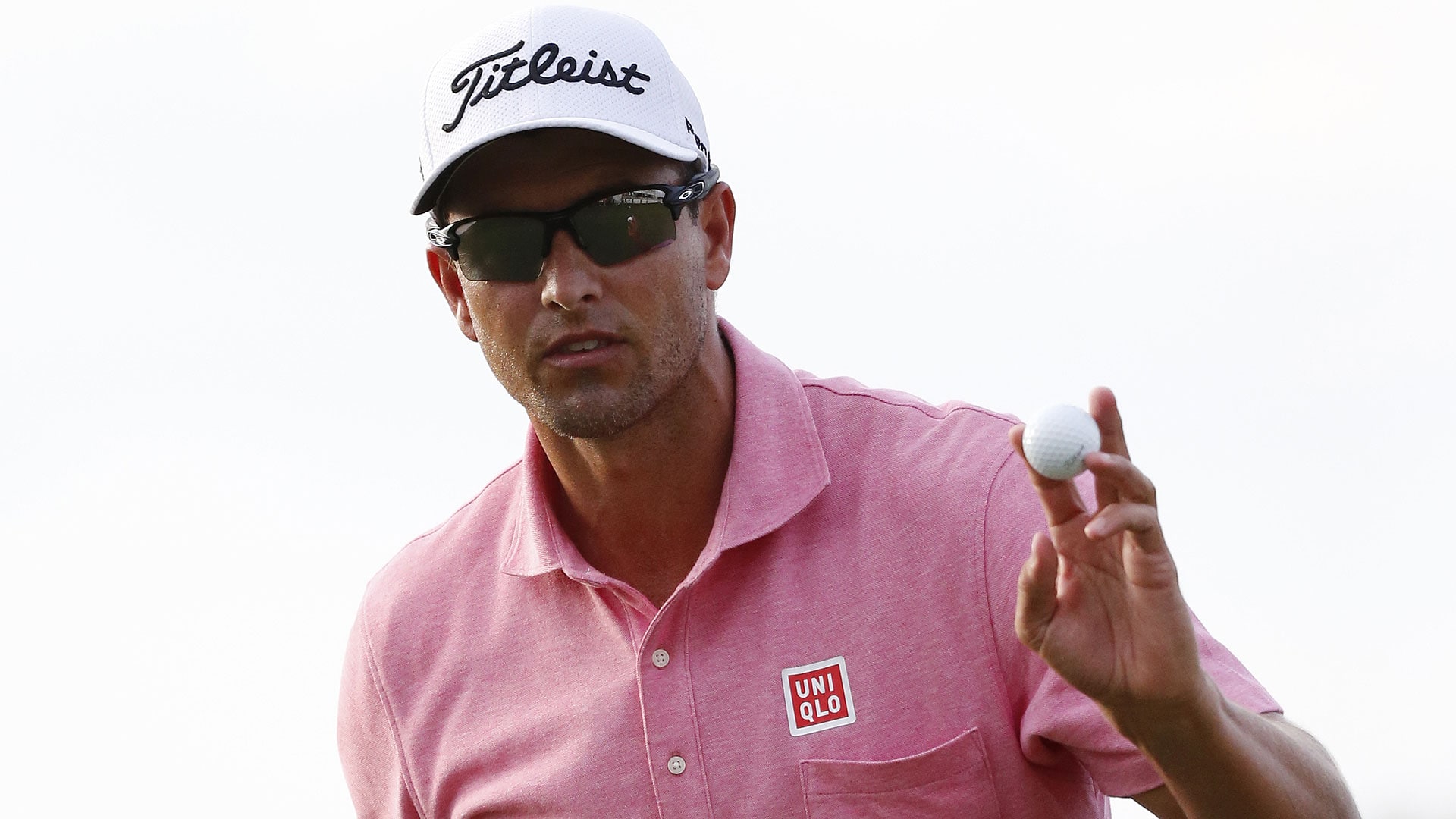 Not that Scott, one of the PGA Tour’s most understated and unassuming superstars even when he’s been winning major championships, would ever play the role of martyr.

That’s just not his style.

Instead, the 35-year-old is at ease letting his play speak for itself.

In his last 11 competitive rounds Scott is 35 under par, a run that includes his victory last week at the Honda Classic, a runner-up showing at the Northern Trust Open, Monday’s 70 up the road at the Seminole Pro-Member and two clutch rounds of 68-66 at this week’s WGC-Cadillac Championship that have propelled him to a two-stroke advantage at Doral.

Not bad for a guy who some dismissed as a competitive dinosaur who would be left behind by this year’s ban on anchored putting.

He couldn’t make the transition to something else after so many years with a broom-handle putter, the naysayers figured.

Without the comfort of that anchored lifeline even one of the game’s best ball-strikers, which has always been Scott’s reputation, would be relegated to the second shelf, the prognosticators announced.

This is, after all, the same guy who showed up at last year’s Presidents Cup in Korea brimming with confidence over his new cross-handed grip only to ditch that method after just two days.

A tie for 56th in his first start of 2016 at the Sony Open only solidified that narrative, but then came the Northern Trust Open, where the Australian finished runner-up but, more importantly, gained an average of 4.751 strokes on the field putting.

If strokes gained-putting doesn’t resonate with you, consider that in 2015, when Scott managed nothing better than a tie for fourth place and failed to advance past the first FedEx Cup playoff event, he lost .396 strokes per round.

Last week at the Honda Classic he was even more impressive on the greens, converting 68 of 73 attempts for the week from 10 feet and in for a one-stroke victory.

It was more of the same on Friday at Doral when he birdied his first two holes and played his last four in 3 under par.

In other sports they call that “finishing strong.”

“I've gotten off to good starts and good finishes. When you're playing pretty good anyway, that helps your scoring a lot,” Scott said. “I hope I can rely on that the next two days.”

If Scott’s take doesn’t exactly sound effusive, Dustin Johnson, who played with Scott the first two days at Doral, had a more enthusiastic take on the leader’s play.

“He's driving it in the fairway and hitting the greens and rolling in the putts you're supposed to,” said Johnson, who is tied with Rory McIlroy in second place at 8 under. “He played well yesterday and today. I played well today. Yesterday I was just watching a lot.”

But then if Scott isn’t exactly bouncing around Doral this week he’s come by his measured approach honestly. The 2014-15 season was something of a learning experience even for a player who had won 11 Tour titles.

Although he’s reluctant to talk about it, he also felt the drumbeat of the impending ban on anchoring. While there was always confidence he could make the transition to something, anything, different, there was also the fear of the unknown.

“It's hard to play at the top, top level for a long period of time. I think there's one guy [Tiger Woods] who seemed to make that look a lot easier than it really is,” Scott said. “I feel like I had a really great run of golf for about four years, which was good, and last year, I was just off and struggling to find it week in and week out.”

Scott had been through this before, most notably in 2009 when he missed more cuts (10) than he made (nine) and needed to be a captain’s pick for that year’s Presidents Cup.

He would rebound from that valley, winning five times over the next four seasons, including the 2013 Masters.

All of which means that if the road back to competitive relevance is long, at least for Scott it’s a path well traveled, which made his most recent climb much less concerning

"Since the Presidents Cup, really, I've just been working to put my game back into that consistent spot, and yeah, it's taken this long to really get it up to that level,” Scott said. “That's how hard it is to play at a really high level out here. It can go quick and it takes a little while to come back.”

Whether the weekend at Doral turns out to be another strong finish like last week at PGA National or not, it’s safe to say that after three stellar weeks he’s back.