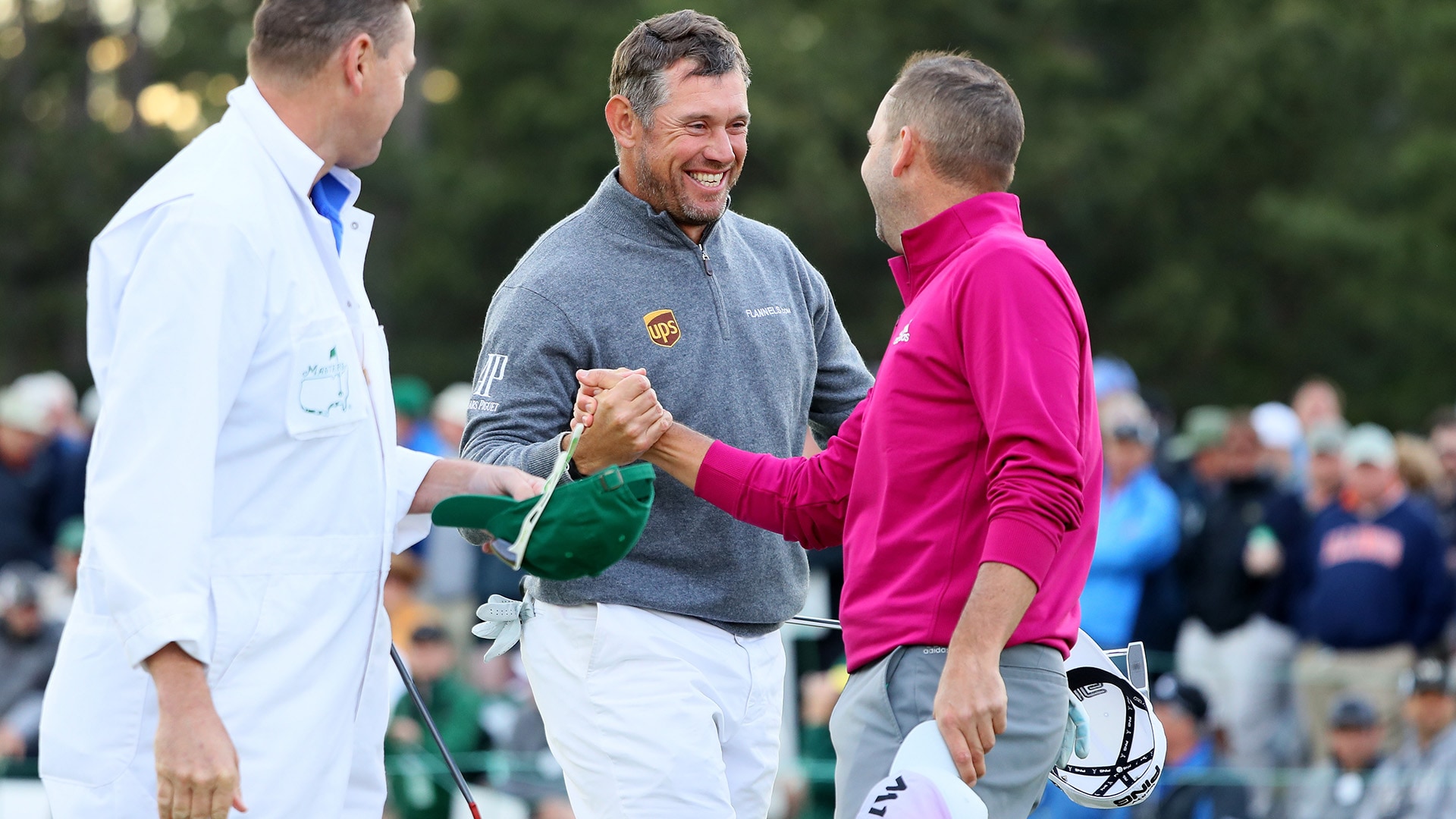 HILTON HEAD ISLAND, S.C. – Sergio Garcia’s story has always been etched into his expressive face, be it in good times or bad.

When the Spaniard is playing well he exudes an air of confidence that one would expect from arguably the game’s best ball-striker. And when things aren’t going to plan, be it as a result of his own game or the unflinching hand of fortune, the story is there for the world to see in the form of slumped shoulders or a petulant gaze.

Those who know Garcia the best have seen it all, which is what made Sunday’s final round at the Masters so compelling.

“We’ve seen it in the past, he has his head down when something hasn’t gone his way or hit a bad shot and he wasn’t able to recover and get past that,” said Luke Donald of the resilience that finally pushed Garcia over the Grand Slam hurdle. “It just seemed like nothing was going to phase him this time.”

For Donald, the man who overcame a two-stroke deficit early on the back nine to force a playoff against Justin Rose was the best of Garcia. The Englishman should know - he’s had a front-row seat to this show for years as Garcia’s regular partner at the Ryder Cup.

In 2006, the two Europeans paired together to take down American giants Tiger Woods and Jim Furyk, 2 up, in the first foursomes session; and Phil Mickelson and David Toms, 2 and 1, during Saturday’s alternate-shot frame. All total, Garcia and Donald are 5-1-0 as partners at the biennial matches, which made Garcia’s pedestrian record in the majors that much more baffling.

“There’s not too many golfers that I play with that have as much talent as Sergio,” Donald said on Tuesday at the RBC Heritage. “He’s just naturally born and gifted. I was a little surprised it hadn’t happened sooner, but it just shows how tough and fickle this game is.”

But then Donald, who once ascended to No. 1 in the World Golf Ranking but has never won a major, understands as well as anyone how difficult it is to win one of the game’s most coveted titles, even for a player as talented as Garcia.

They may be competitors, but on occasions like Sunday at Augusta National the likes of Donald become fans who understand what it means to a player like Garcia to finally win a major after all these years.

“The game perhaps owed him one, but this game doesn’t pay its debts hardly ever,” Graeme McDowell said. “It was hard not to root for Sergio.”

McDowell listened to Sunday’s round on the radio on his way to this week’s event in South Carolina with a mix of enjoyment and curiosity. Having won his major at the 2010 U.S. Open, McDowell wondered what emotions go through a player’s mind in situations like this when he’d come up short on so many occasions.

“I don’t know how he felt about it having come so close so many times. What does that do to a guy?” McDowell asked. “At what point do you say, this isn’t meant to be for me? It becomes difficult. I guess the monkey becomes bigger and bigger.”

The Masters was Garcia’s 74th major start and he’d finished inside the top 10 on 22 occasions, including runner-up showings at the 2007 and ’14 Opens and ’99 and ’08 PGA Championships. Hard luck doesn’t begin to describe Garcia’s Grand Slam resume, which certainly wouldn’t have gotten any easier had he not delivered on Sunday.

“If he didn’t get it done it would have been really tough, this one,” Carl Pettersson said. “At that age, the door isn’t closed but it’s close when you get toward 40.”

While players like Pettersson and McDowell watched Sunday’s action with the interest of a fan, others probably took a more personal interest in Garcia’s accomplishment. Players like Lee Westwood, who at 43 is still looking to win his first major championship after a similar career in the majors defined by painful near misses.

“I was thinking about Westwood as a I watched and was thinking what this could do to his mentality?” McDowell said. “You see another guy do something, I wouldn’t be surprised if he won at Royal Birkdale [site of the Open] this year. Just that little something that kicks off in the back of your brain – maybe we can do it.”

But most of all, Garcia’s colleagues enjoyed an accomplishment that was nearly two decades in the making. “It meant so much to him, you could see it in his face,” Donald smiled.