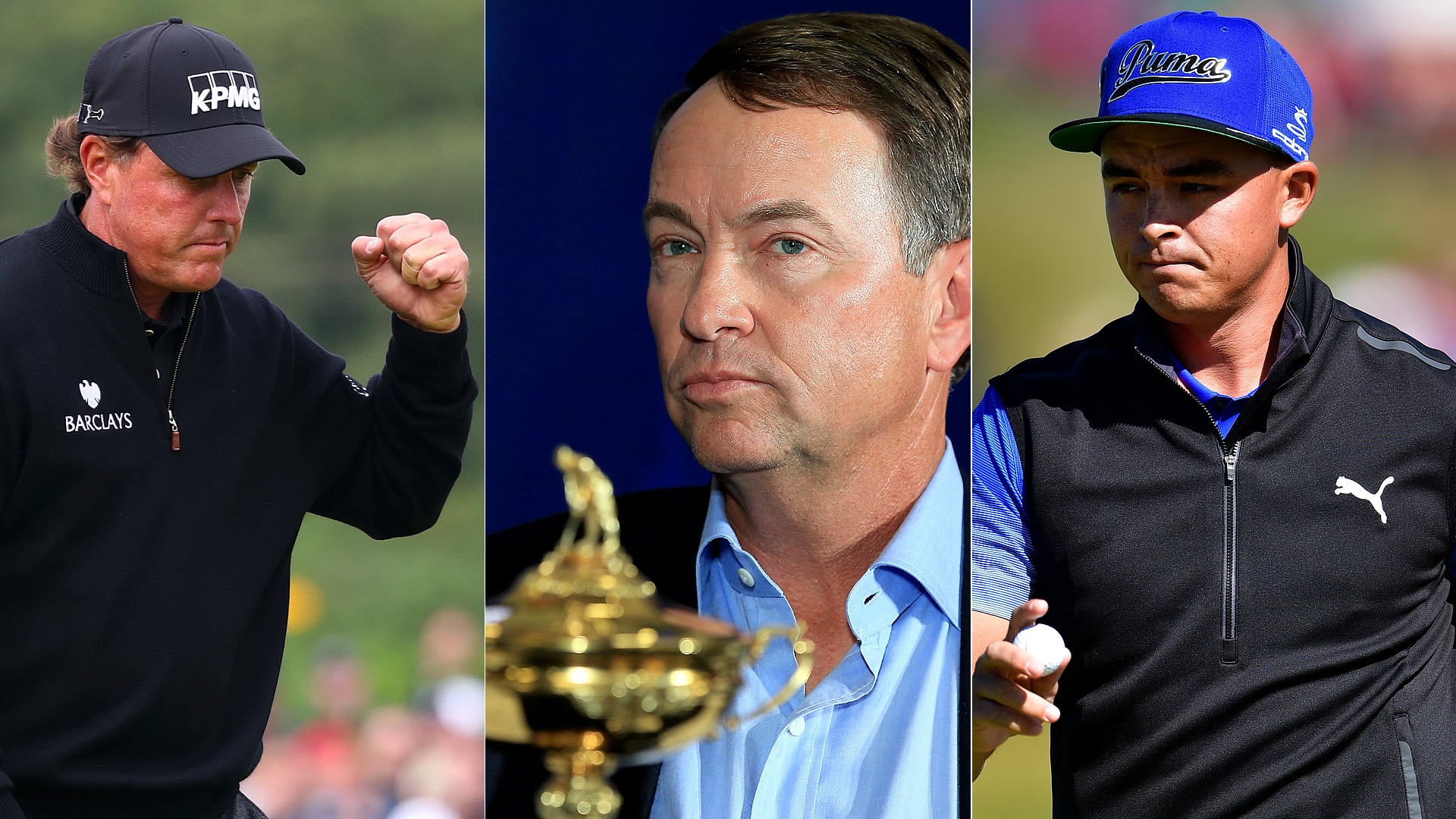 Davis Love III was just a few hours removed from hip surgery that will sideline him for the rest of the 2015-16 season and yet his mind was already racing, focused on another player’s rehab and recovery from injury.

“We’ve got to keep an eye on Brooks [Koepka] and see where he’s at in the next few weeks,” said Love on July 6, following surgery in Birmingham, Ala.

Koepka didn’t play last week’s Open because of an ankle injury and his spot on the U.S. Ryder Cup points list (he’s seventh) is just one of dozens of details that Love can now focus on.

Captain America has a team dinner to plan the week of the Deutsche Bank Championship, scouting trips to make to Hazeltine, site of this year’s matches, and a fluid team that is still weeks from taking shape.

Not that long ago Love’s deadline to make his picks and start strategizing potential pairings would loom large, with next week’s PGA Championship the traditional cut off for earning a spot on the team and making the wildcard selections.

But thanks to last year’s Ryder Cup task force, Love has nearly two months before the ink settles on this year’s team. The eight automatic qualifiers will be set on Aug. 29, after The Barclays; and the captain will make three of his four picks on Sept. 12, followed by his final selection on Sept. 25 after the final round of the Tour Championship.

So instead of preparing for the FedEx Cup playoffs or his title defense at the Wyndham Championship, Love will spend the next few weeks dealing with details, like what to do with Koepka if he slips outside the top eight automatic qualifiers.

“It’s kind of a blessing I don’t have anything to do for two or three weeks. I can get caught up. I won’t have any real distractions until the team gets finalized,” Love said. “I’m going to miss being able to play with the guys, but I’m already working on things to make sure I’m in contact with the entire team.”

One decision he won’t have to make is whether to make Phil Mickelson a captain’s pick thanks to Lefty’s runner-up showing last week at The Open.

Although Mickelson, who hasn’t missed a Ryder Cup since his first start in 1995, would appear to be a no-brainer pick following his solid play in recent weeks, he’d fallen to 31st in the world ranking to begin this season and some questioned why Love didn’t name the left-hander a vice captain earlier this year, along with Tiger Woods, Jim Furyk and Steve Stricker.

“[Mickelson] totally believed that he's going to make the team, and he is now with this, I would imagine,” Stricker said of Mickelson on Sunday at Royal Troon. “He showed last year how important he is to these teams. When he was a captain's pick last year for the Presidents Cup, he came over and did some great things in the team room and played great.”

Mickelson’s play, which has vaulted him to third on the points list and assured him a spot at Hazeltine, will allow Love to be a little more creative with his picks when the time comes.

Along with Zach Johnson, No. 4 on the list, and even Jordan Spieth, who will be playing in just his second Ryder Cup but is largely viewed as an emerging leader on the U.S. team, Mickelson will provide veteran leadership at Hazeltine. Dustin Johnson, who leads the U.S. in Ryder Cup points, and J.B. Holmes (No. 5) are also assured spots on the American team.

That essentially leaves a major, which is worth double the points, and The Barclays for the remaining three automatic qualifying spots – which are currently held by Bubba Watson (No. 6), Koepka and Brandt Snedeker (No. 8). There are also three regular Tour events, in between.

Matt Kuchar, Rickie Fowler, Patrick Reed and Scott Piercy currently round out Nos. 9 through 12, respectively; who, with the exception of Piercy, all have Ryder Cup experience.

Love has said repeatedly that the most difficult part of being a team captain is making the wildcard picks, and while Mickelson’s play last week in Scotland may have helped that process there are still plenty of tough choices to be made.

There’s never a good time to have surgery, particularly for Love who will miss arguably the two most important events of his year at the PGA and Wyndham, but fortunately the U.S. captain has plenty of work to keep him busy.

“There’s still so much to do, so many little things I can focus on,” Love said following surgery.

Luckily for Love, he has plenty of free time.