Snakebit Spieth (76) twists in the wind at Valspar 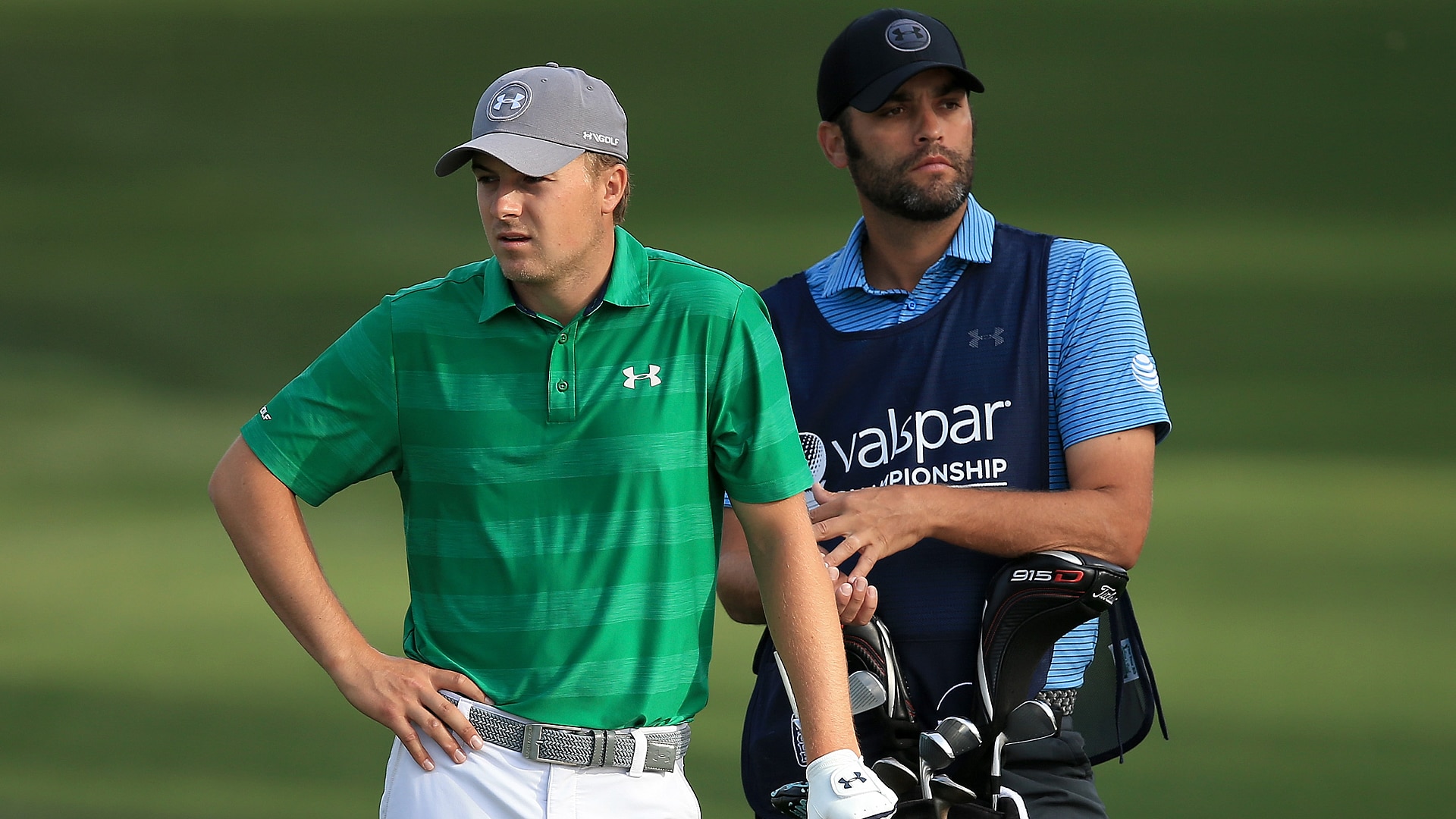 Returning to Innisbrook, the site of his first victory of 2015 that helped catapult him to a historic year, Spieth hoped Copperhead's friendly confines would wrest him out of what has been a pedestrian few weeks, at least by his own lofty standards.

Instead, swirling winds and a swing that was just a fraction off led to an unsightly first round of 5-over 76 at the Valspar Championship and another uphill climb on Friday if he’s going to play the weekend.

“It was tough. Wasn't a very good round. I got off to a poor start and I was behind the 8-ball with gusty winds, you know, on a tough golf course,” said Spieth, who was tied for 113th when he finished his round.

Things went sideways for the world No. 1 from the outset on Thursday, starting with a wayward drive at his first hole (No. 10) into a fairway bunker and a misplayed chip into a greenside bunker for an opening bogey.

Spieth didn’t make his first par of the day until his sixth hole, and even then he needed to scramble to do so. He then appeared completely unsettled on the 16th hole, when he backed off his approach shot three times.

“Stop gusting every time I’m over the ball,” he mumbled as the winds whipped to 30 mph on Day 1.

Spieth hit just 6 of 18 greens in regulation and 7 of 13 greens. Had it not been for some clutch play on the greens - he took 11 putts on his outward loop - things could have been much worse.

Even after going out in 39, Spieth figured he could bounce back on his second nine.

“Get even for the tournament,” Spieth thought. “I think I was 4 [over] at the time. I knew I'd have, you know, iron into No. 1 on a par 5 and wedge into 2 and couple other wedge opportunities. I knew it would be very challenging.”

Although he was better on his second nine, it wasn’t enough. After a bogey at the third hole, Spieth played his final six holes in even par, but he still found himself nine shots off the lead and, for the second time in his last three tournaments, on the wrong side of the cut after 18 holes.

Last month at the Northern Trust Open, Spieth opened with a 79. He bounced back on Friday with a 68 but still missed the cut for the first time since last September.

He will need something similar on Friday if he has any chance to play 72 holes this week and continue his quest to defend the title that got everything started last year.

Spieth explained the difference the last few weeks has been his inability to mitigate the damaged caused on days when his game isn’t quite right.

“Unfortunately, right now on my off days - typically my history, I'm able to hold that around even par, and I'm just shooting too high a number,” he said. “Hopefully less wind tomorrow and I can work hard to play on the weekend.”

Spieth will have nearly 24 hours before he tees off for Round 2 to think about what he needs to do on Friday, and he planned to spend that time wisely.