Spieth doesn't slow down for Fourth of July 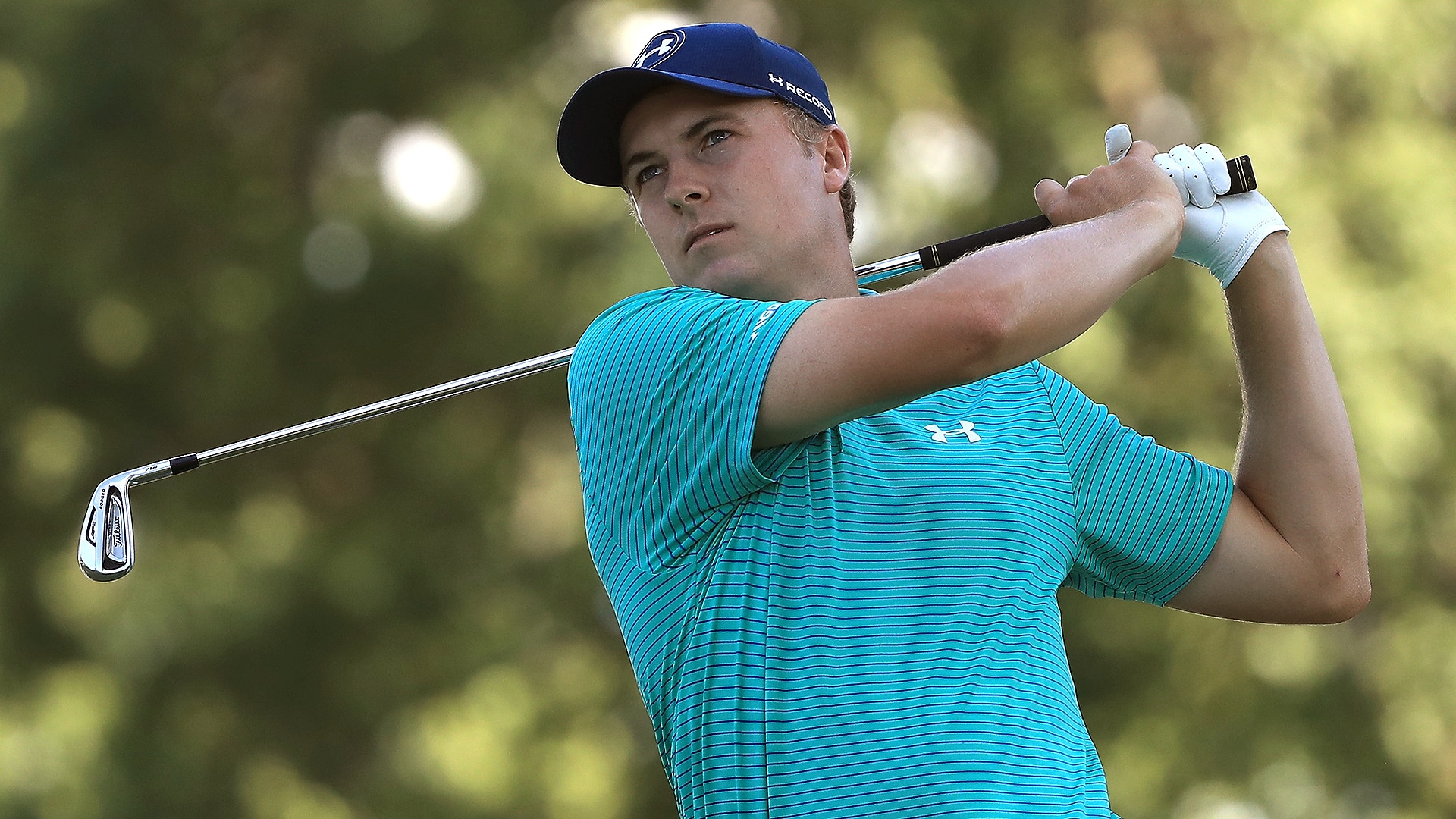 AUSTIN, Texas – He didn’t look tired, but then this was a much-anticipated homecoming for Jordan Spieth.

A day after closing with a 67 at the WGC-Bridgestone Invitational to tie for third, the world No. 3 spent a large portion of his Fourth of July talking and taking pictures.

Oh, and signing everything that was placed in front of him.

“Is everyone in the United States getting a signed flag?” he laughed as he made his way through a stack of 2016 Ryder Cup flags, gifts for every competitor in this week’s AJGA Under Armour Jordan Spieth Championship.

In between bites of a breakfast taco and a cup of coffee, someone apologized for the pile of items awaiting his signature atop a ping pong table in the team room for the University of Texas men’s squad.

“No worries,” he said without a hint of the weariness that Spieth and every other top player must be feeling as the PGA Tour braces for what can only be described as a marathon.

In Tour de PGA terms, think of the next three months as golf’s version of the Pyrenees stage, with the top players – players like Spieth – penciled in for eight starts in the next 12 weeks beginning with next week’s Open at Royal Troon.

There is wiggle room.

Some of the game’s best, 13 at last count, have decided not to make the trip to Rio for golf’s return to the Games due to a variety of concerns, the Zika virus being the most-often cited reason, and on Monday Spieth had still not made a decision whether to play the Olympics. It also seems likely that there won’t be full participation during the playoffs, with those safely inside the top 30 in FedEx Cup points eyeing much-needed breaks either during The Barclays or Deutsche Bank Championship.

“It’s going to be tough, I have to find the right balance between making sure I have the right amount of practice with rest,” he said. “If you’re not performing or hitting the ball up to your standard I just want to go to the range and figure out what it is. But that might not be the wisest thing.”

Spieth – who said his ball-striking, which has featured a two-way miss the last few weeks, is starting to come around – has taken an understandably, albeit clichéd, approach to the next few weeks – one tournament, one round, one shot at a time starting with next week’s Open.

Unlike last year when he was simultaneously applauded and panned for playing the week before the Open, he muted that criticism by winning the John Deere Classic and finishing a stroke shy of a playoff at St. Andrews.

This year he’ll forgo a pre-Open start and head to Scotland on Friday to get his first look at Royal Troon.

“I’m going to go into these next few majors and try to give myself a chance to win them, that’s all you can ask for is to give yourself a chance on the back nine and see what you’re made of,” he said.

Spieth said he’s mentally broken 2016 into two seasons, pre-and post-Masters, and he took an abbreviated “off-season” after Augusta National to help conserve energy for what lies ahead.

He’s also structured his schedule in a way he hopes will allow him to peak when it counts, but he acknowledged there’s only so much you can do with this year’s schedule.

“You want to save all that energy for the Ryder Cup as well. The major championships and the Ryder Cup are what I’m looking at to try to peak,” Spieth said. “It’s going to be tough. A lot of guys are going to be a little gassed, but adrenaline carries you through that week.”

It’s all part of a tournament crush that players have been bracing for since the 2016 schedule was unveiled.

As Spieth finished signing every flag, hat and poster that was handed to him, he glanced at his untouched coffee before heading to the University of Texas Golf Club practice tee for a clinic with all the energy one would expect from a 22-year-old who not that long ago sat and watched a similar clinic and dreamed of a day when he would be the one inspiring young players with his game.

“What else you got?” he asked without a hint of fatigue.

No, Spieth didn’t need any coffee on Monday, but before this season is over he will.