Spieth has history on his side at Riviera 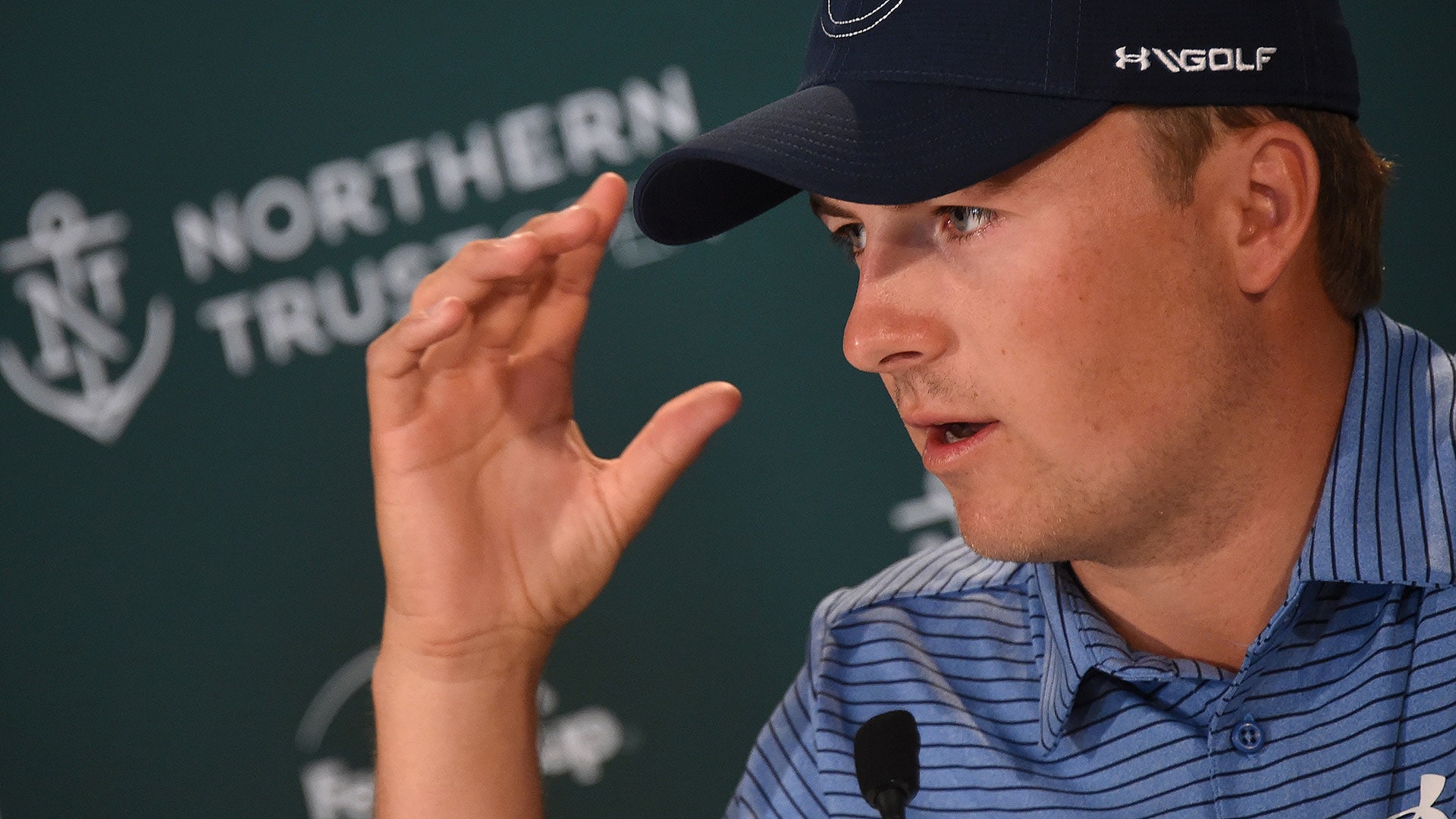 LOS ANGELES – For a kid from Texas, it’s interesting how Riviera Country Club in the heart of Los Angeles can feel like a second home.

This is after all one of three layouts, along with the sixth hole at Carnoustie and Colonial C.C., dubbed Hogan’s Alley after Texas legend Ben Hogan, and the rolling layout was nearly enough to woo the Dallas-born Jordan Spieth to the West Coast to attend college.

It wasn’t until his sophomore year of high school that the would-be world No. 1 would decide to stay closer to home and attend the University of Texas, but his relationship with Riviera was far from over.

This is Spieth’s fourth time playing the Northern Trust Open, having missed the cut in 2012, tying for 12th in ’14 and finishing one shot out of a playoff last year.

And, of course, there was the 2012 NCAA Men’s Championship when Spieth beat Justin Thomas, 3 and 2, to help lead the Longhorns to the national title.

On Monday during a qualifying round with current Longhorn Beau Hossler, Spieth literally took a stroll down memory lane at Riviera.

“Me and [Texas golf coach John Fields] were recalling, kind of letting Beau in, hey, this is where this match was, and this is where I holed out to beat Justin Thomas, and oh, let's take a video and send it to Justin of the 15th hole,” Spieth laughed.

While that triumph is how Spieth would like to remember Riviera – and those good vibes will be fueled by a pairing with Thomas for Rounds 1 and 2 this week at the Northern Trust Open – it’s last year’s near-miss that drew the most interesting answer on Tuesday from the 22-year-old.

Spieth bogeyed the 72nd hole last year after missing the green with his approach shot, a mental lapse that may have cost him a title but allowed him to learn that heroics come in all shapes and sizes.

“Last year, it was a crazy finish and it kind of taught me a little something about this golf course. You just never know exactly what's going to happen at Riviera coming down the stretch,” said Spieth, who finished at 5 under par.

“I was thinking I needed to birdie 18 for a playoff. I got a little aggressive with the chip, not wanting to leave it short, and I ended up missing about an 8-foot par putt that I thought, you know, obviously was important but I didn't think it would have been good enough to get into a playoff.”

Instead, both Dustin Johnson and Sergio Garcia bogeyed the 17th hole to drop into a tie with James Hahn, who would win the playoff, and Paul Casey at 6 under.

It was a rare mistake for Spieth in 2015, and he would go on to win back-to-back majors (Masters and U.S. Open) and the PGA Tour Player of the Year Award. It also gives the fourth-year Tour player additional confidence this week.

Riviera is an unusually known quantity for Spieth on the Tour landscape. Although he’s won seven times there are few places where he has as much experience as he does in Los Angeles.

“I've probably played this course close to 30 times now, which is a lot compared to other tournaments,” Spieth said. “It's one of my favorites in the entire world.”

For Spieth, who is something of an armchair golf course architect, Riviera also checks off all of the right boxes. At 7,349 yards it’s not among the Tour’s longest layouts, yet the course ranked the fifth most difficult last year with a 72.59 scoring average.

In other words, it’s an architecturally arranged marriage for a player who is statistically middle of the pack in driving distance (he’s 89th this season with a 292-yard average) and is at his best when par is a good score and clutch putting is at a premium.

“I think golf courses a lot of times are rated in my opinion based on their par 3s, and there are some phenomenal ones here,” he said.

It’s an L.A. love story that began when Spieth was 12 years old and won’t be fully requited until he etches his name into the Northern Trust Open trophy.