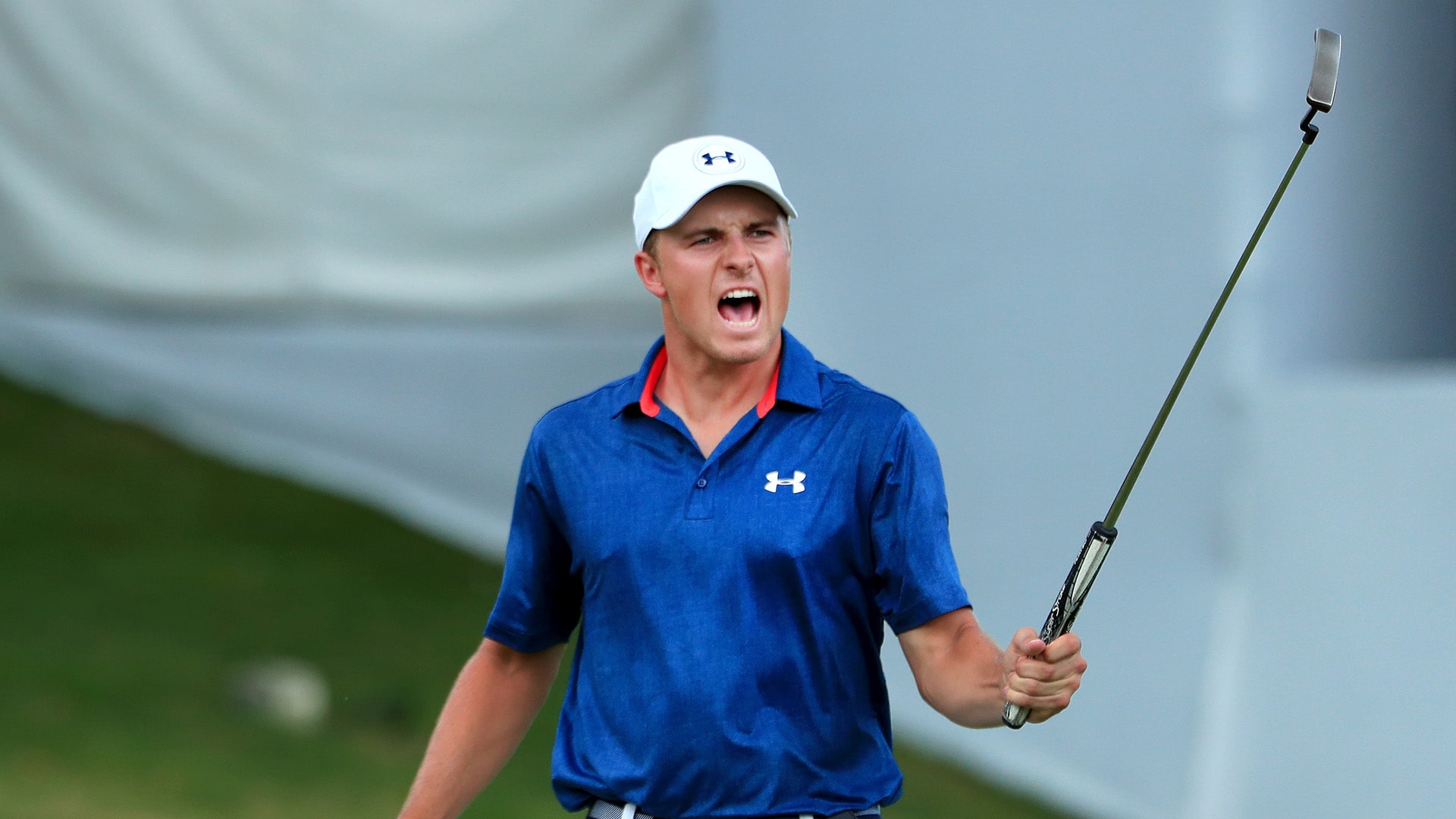 FORT WORTH, Texas – Superman never went with a backup cape, Thor never had a spare hammer in his trunk and Bobby Jones didn’t bench his iconic putter, dubbed Calamity Jane, for a newer model.

Well, Jones did bench the original Calamity Jane, which he won three majors using, because of wear and tear, but the parallels remain and at least partially explain why Jordan Spieth nearly broke social media last week when he benched his trusty Scotty Cameron for a shiny new model.

“I haven’t been comfortable standing over it for a little while so I just wanted something that’s a new look,” he said last week at the AT&T Byron Nelson when asked about the switch.

Like most love stories, this one has a happy ending. Or, at least it was on Wednesday at the Dean & DeLuca Invitational when Spieth acknowledged that he’s going back to his old putter for this week’s event, where he’s the defending champion.

With the new model, Spieth posted rounds of 68-75 to miss the cut for the second consecutive week for just the second time in his remarkable career.

Yet what Spieth didn’t find in his search for putting answers with the new model, a Scotty Cameron T5W Tour mallet, he said he discovered with improved alignment.

“I just lost a little bit of the feel that I had with the putter I've been using for however many years,” he said on Wednesday. “But what it did was now I feel a lot more comfortable with my alignment and feel like I got my set up back to where I want it and I have that feel.”

Spieth explained it wasn’t necessarily his play last week at the Nelson as much as it was a marathon day with caddie Michael Greller on Sunday at Dallas National that prompted his switch back.

“I played 36 holes on Sunday and had a couple great putting rounds,” he said. “That kind of made the decision that it was time, and I felt comfortable back on short- and mid-range putts with my alignment.”

What didn’t factor into his decision to go back to his old gamer was a general outcry on social and traditional media following his switch. Despite three consecutive days of armchair quarterbacking and uninformed hot takes, Spieth said he was largely indifferent to the second-guessing.

“I’ve been off social media for a while and media in general,” Spieth said. “I'm not even really sure what the reaction was other than the players on the putting green, which was significant. Like, ‘Why in the world are you switching?’ Which is probably what it was elsewhere.”

That would be the Cliffs Notes version, and whether Spieth rediscovers his magical putting touch he should at least be applauded for accomplishing what so many others find so difficult – ignoring the noise.

It’s a measure of Spieth’s historic putting prowess that news of his switch prompted so much reaction. He’s completed each of the last three season ranked inside the top 20 on the PGA Tour in putting; and ranked second and ninth, respectively, in strokes gained: putting the last two years after a dozen starts. He’s currently 52nd in that category.

Although there are plenty of players who would like to have Spieth’s current putting “problems,” he does have a victory and five top-10 finishes, when the bar has been set so high any fluctuation, however incremental, will be picked apart.

“Every player goes through it,” said Ryan Palmer, Spieth’s partner at the Zurich Classic last month. “He's trying to get back to where he was. He's one of the best putters on Tour, there is no doubt about that. I'm not really too worried about him struggling.”

It’s safe to say Spieth isn’t overly concerned with either his current putting line or his decision to try something new last week in Dallas. Nor did the 23-year-old seem interested in the notion that he and his old putter have some sort of manifest destiny relationship, like Jones had with Calamity Jane.

Instead, Spieth remembers a teen-aged tale of why he put the Scotty Cameron 009 into his bag in the first place.

“I used to putt extremely well with a [Scotty Cameron] Teryllium with a different neck before that one. I switched because Adam Scott and Geoff Ogilvy used the putter I use now way back when,” he said. “I thought the putter was really cool. I didn't know if it was the best for me or not, but I thought the putter was cool so I started using it. That was when I was probably 15, 16.”

It wasn’t some mystic path that led Spieth to start using his old putter, only an adolescent's interests. Just as his decision to switch things up last week wasn’t the seismic competitive shift it was made out to be, only an attempt to change things up in search of a different result.