Spieth returns to Valspar with formula for success 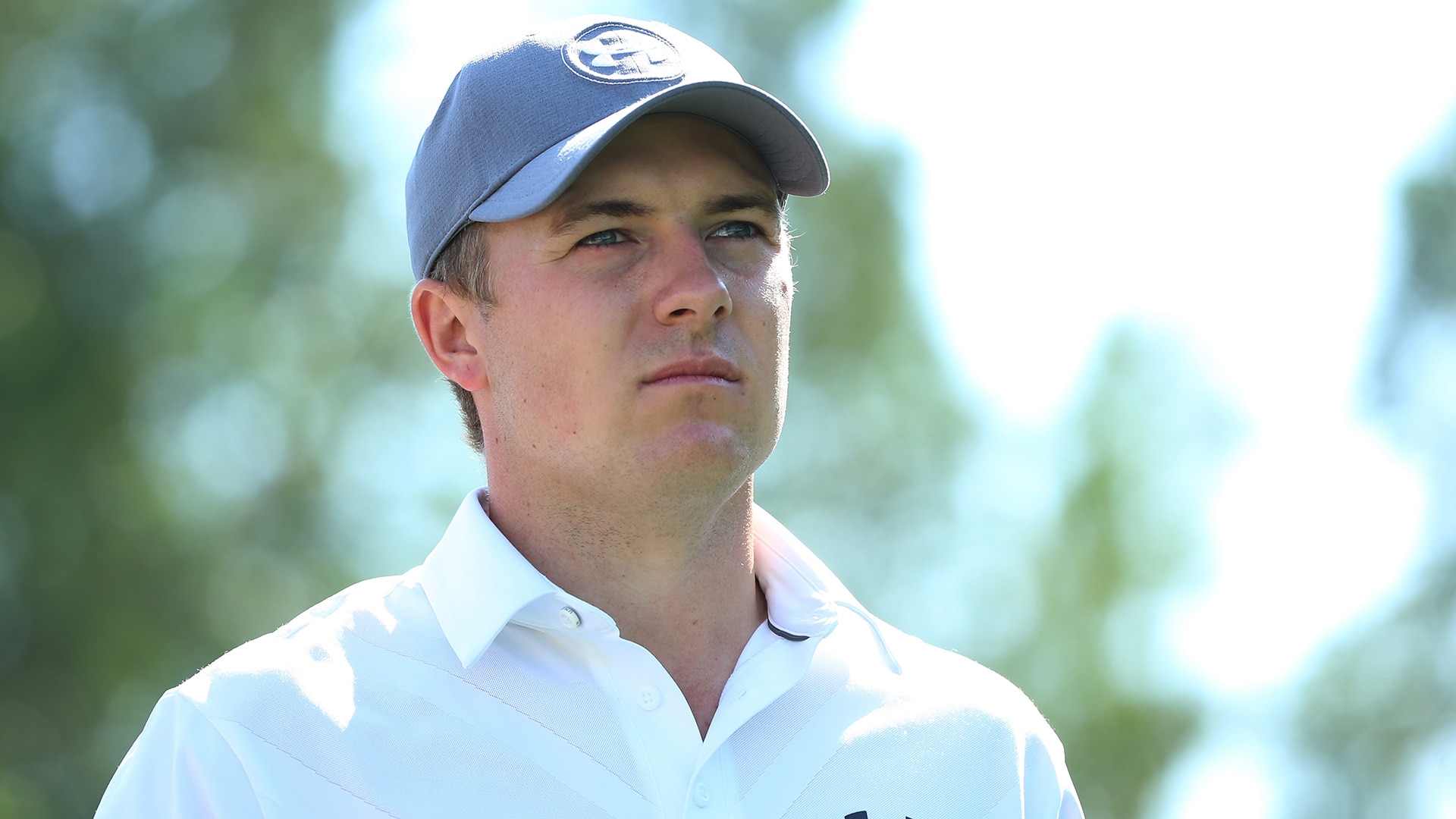 But then the Cliffs Notes version of Spieth’s year since the 2015 Valspar Championship really doesn’t do the world No. 1 justice.

The boyish smile and easy way remain the same, but there is a toughness to Spieth that might have been there before, but it certainly wasn’t as obvious.

“For me now and the biggest pressure moments, the negative thoughts have started to dwindle out of your head, the stuff that wants to creep in,” Spieth said. “When I think back on it that's what's kind of started to go away, and it's more, 'There's the line I need to hit it on. Here is the shot.'”

There will be those who will say last year’s Valspar Championship and his playoff duel with Patrick Reed and Sean O’Hair was the beginning of that metamorphosis, but the truth is Spieth’s trial by fire started long before his victory at Innisbrook.

It was born from his runner-up showing at the 2014 Masters after taking a share of the lead into the final round, and his Sunday swoon at the ’14 Players (74) after sharing the 54-hole lead.

“2014 was a rough year on the PGA Tour until the end of the year because every time I was in that situation you know, there were a few good shots, but at the end of the day I wasn't holding the trophy,” he said.

In a lot of ways Spieth’s 2016 season looks a lot like it did at this point last year.

Last year at this juncture, Spieth had three top-10s but no victories – although his unofficial 10-stroke romp at the Hero World Challenge was worth official style points – a missed cut, $845,795 in earnings and was ranked 10th in the world.

So far in 2016, he has two top-10s, a victory (Hyundai Tournament of Champions), a missed cut, $1.528 million in earnings and holds a sizable lead in the Official World Golf Ranking.

“I've actually been off to a better start in 2016 than I was in 2015. I'm in a better place right now,” he said. “Obviously the last few PGA Tour events weren't up to par with how we were doing before, but I'm looking at it from we've already won this year, now it's time to build this momentum right into this major.”

The biggest difference between ’15 and this week may have transpired on Wednesday during Spieth’s news conference at Innisbrook. Last year in the wake of his runner-up showing at Augusta National in 2014 he was asked just two Masters questions.

On Wednesday the lion’s share of his 25-minute Q&A with the media was focused on the year’s first major, with seven of the 18 questions Spieth answered having something to do with the Masters.

A green jacket can do that.

But Spieth’s transformation over the last 12 months goes well beyond his impressive wardrobe.

He’s learned how to deal with success as well as failure, which might have been a more difficult mountain to climb.

After his eight-stroke victory in Maui to start the year, Spieth allowed himself to lapse into a form of competitive complacency, to believe that somehow every week should be that easy.

But reality crashed in at the Northern Trust Open where he missed the cut and AT&T Pebble Beach National Pro-Am, where he tied for 21st. By the time he arrived at Doral for last week’s World Golf Championship the adjustment had already been made.

“The four tournaments that I played in between Hawaii and Doral, I certainly think the expectations that I put on myself were too high because of Hawaii. I kind of needed to dial it back a little bit,” Spieth said.

Twelve months after taking that competitive leap forward at Innisbrook, Spieth is clearly a better player, if not a perfect player.

For all his accomplishments in 2015, Spieth’s work ethic is beginning to appear even more impressive, as evidenced by two practice sessions sandwiched around a nine-hole practice round on Tuesday afternoon. On Wednesday he talked of improving his putting and shoring up his wedge play before he gets to Augusta National.

But then it’s not those bits and pieces that make Spieth a different player today than he was 12 months ago. What has coalesced since last year’s Valspar Championship is much less subtle and virtually unquantifiable.

“It's a different feeling than certainly the past couple years,” Spieth said. “It's a good feeling. Just builds more and more confidence. I feel like instead of trying to get in contention and then test out how to close, now we have a formula to be able to close out tournaments.”

It turns out it’s not Spieth’s competitive form that’s so impressive, it’s his formula.